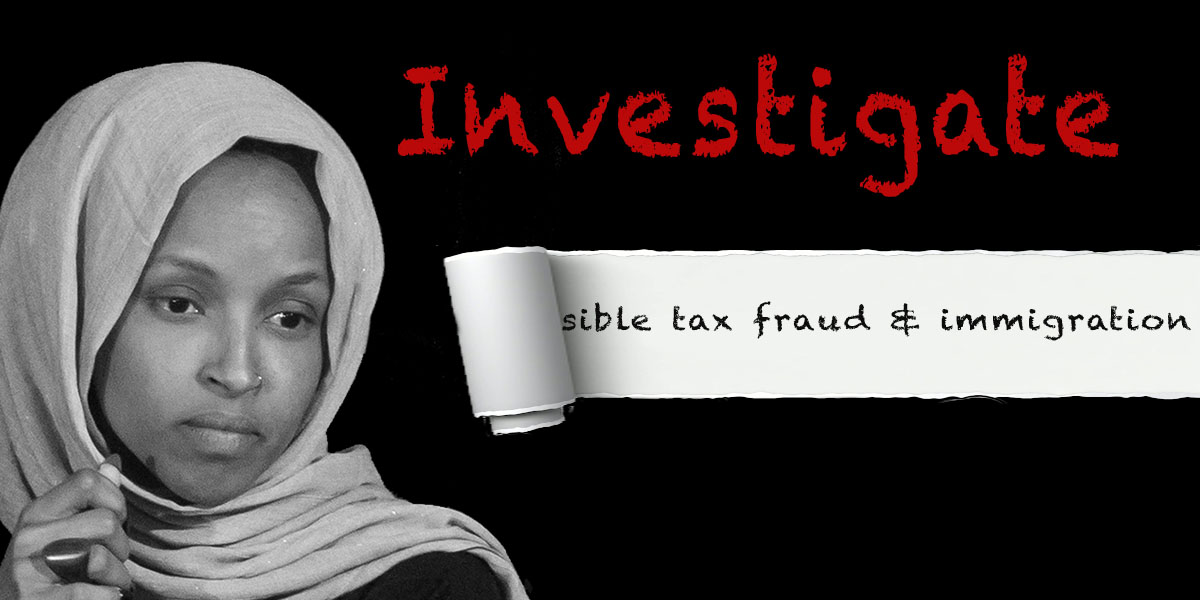 Rep Ilhan Omar is an embarrassment to the rule of law in Minnesota and the United States. We demand that U.S. Law Enforcement conduct an investigation into the serious allegations that Omar committed tax and immigration fraud.

Whereas, an investigation by the Minnesota Campaign Finance Board in Minnesota found evidence that Ilhan Omar filed two years of tax returns with an individual she was not legally married to at the time;

Whereas, it is a federal crime to file false tax returns;

Whereas, the evidence that the individual who Omar was legally married to at the time was her brother Ahmed Elmi, who was trying to gain US citizenship;
Whereas, it is a felony act to commit immigration fraud and illegal in all U.S. states to marry next-of-kin relatives;

THEREFORE be it resolved, we concerned citizens demand that the U.S. Department of Justice open an investigation of Congresswoman Ilhan Omar to determine if she broke federal laws