The Republican controlled Minnesota Senate just voted 38-29 to End Walz' Emergency Powers. This is the first vote in the Senate since the new legislature took office on January 5th. The Minnesota House has voted numerous times, with all 70 Democrats voting to protect Governor Walz' powers.

Democrats Tom Bakk (SD3), Kent Eken (SD4), David Tomassoni (SD6) and John Hoffman (SD36) voted in favor of the Resolution. If the Democrats representing those same Senate Districts in the Minnesota House voted the same way, Governor Walz' Emergency Powers would be removed immediately. In other words, if Con Artists like Rep Julie Sandstede (6A) and Rep Dave Lislegard (6B), who voted with us last year during election time, voted like their Senator David Tomassoni, we would be able to End Walz' Emergency Powers now. 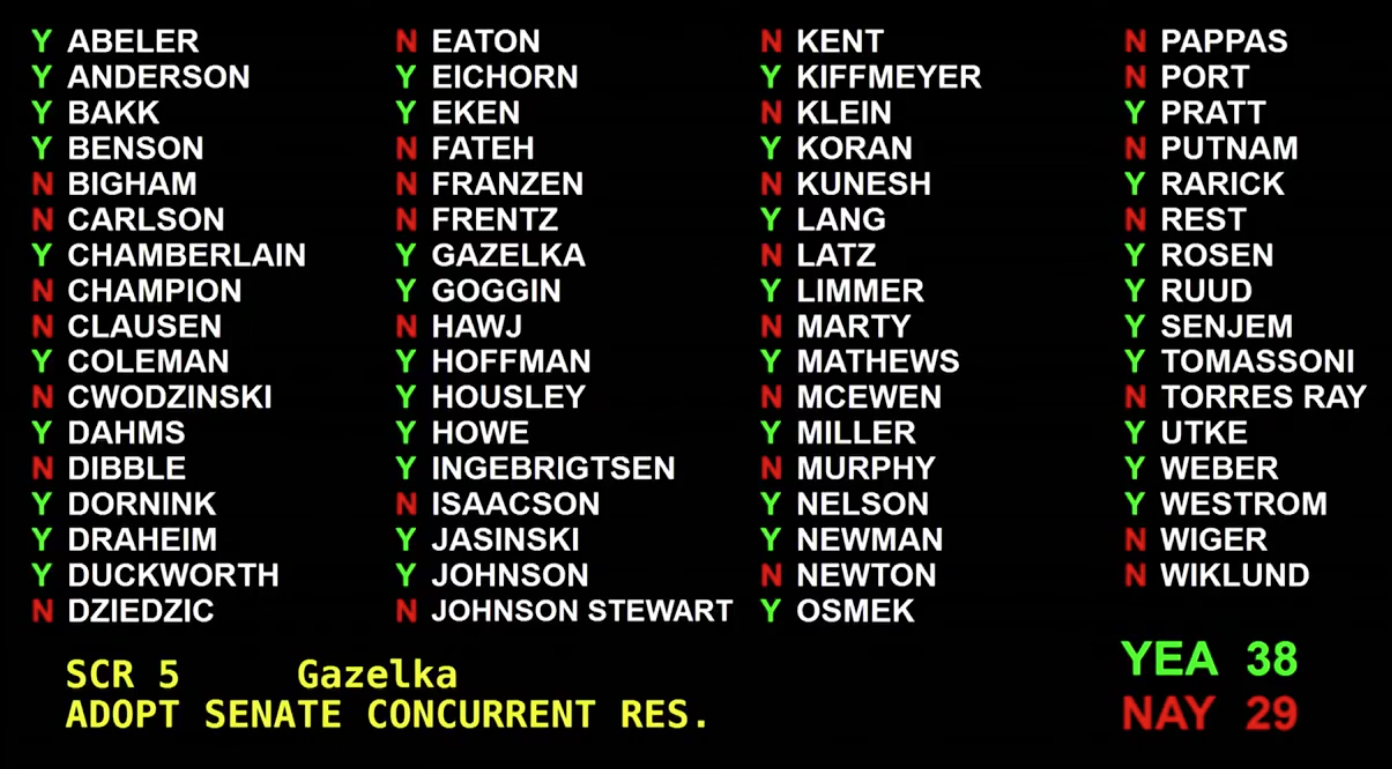 We promise to you that we will continue applying pressure to these vulnerable legislators and will grow the best field operations in this state. And along the way, we will improve voter data to set us up for electoral success in 2022. Help us get these stacks of new lit out to voters...