A judge in Southern Minnesota has issued Freeborn County Sheriff Kurt Freitag a summons to appear to court today because he has not executed an arrest warrant for the owner of the Interchange Bistro in Albert Lea, Lisa Hanson. Freitag courageously stood for the rights of his constituent who has unlawfully been attacked by the Walz' Administration and local court system for, get this, opening up her restaurant in defiance of Governor Walz' illegal executive orders back in November of 2020.

If you remember, Walz discriminately shut down part of Minnesota's economy last fall. He targeted gyms, restaurants and bars, while big box stores remained fully open and packed for the holiday season. Action 4 Liberty told the heroic stories of Larvita in Lynd, Jane in East Grand Forks and Lisa down in Albert Lea - business owners who defied the Governor's illegal orders and opened up.

This courageous act was immediately punished by Dept of Health Commissioner Jan Malcolm's office with outrageous fines and revocation of liquor and food licenses. Attorney General Keith Ellison, representing the Dept of Health, got liberal judges across Minnesota to force these businesses to shutdown and in some cases, found them in contempt of court.

Five months later, these business owners are still seeing the punitive nature of their government as they continue to have their licenses suspended and in the case of Lisa, an arrest warrant issued for her not showing up to a court hearing. It appears the court did not properly follow the rules in notifying Hanson of the court hearing, which is why she was not present. 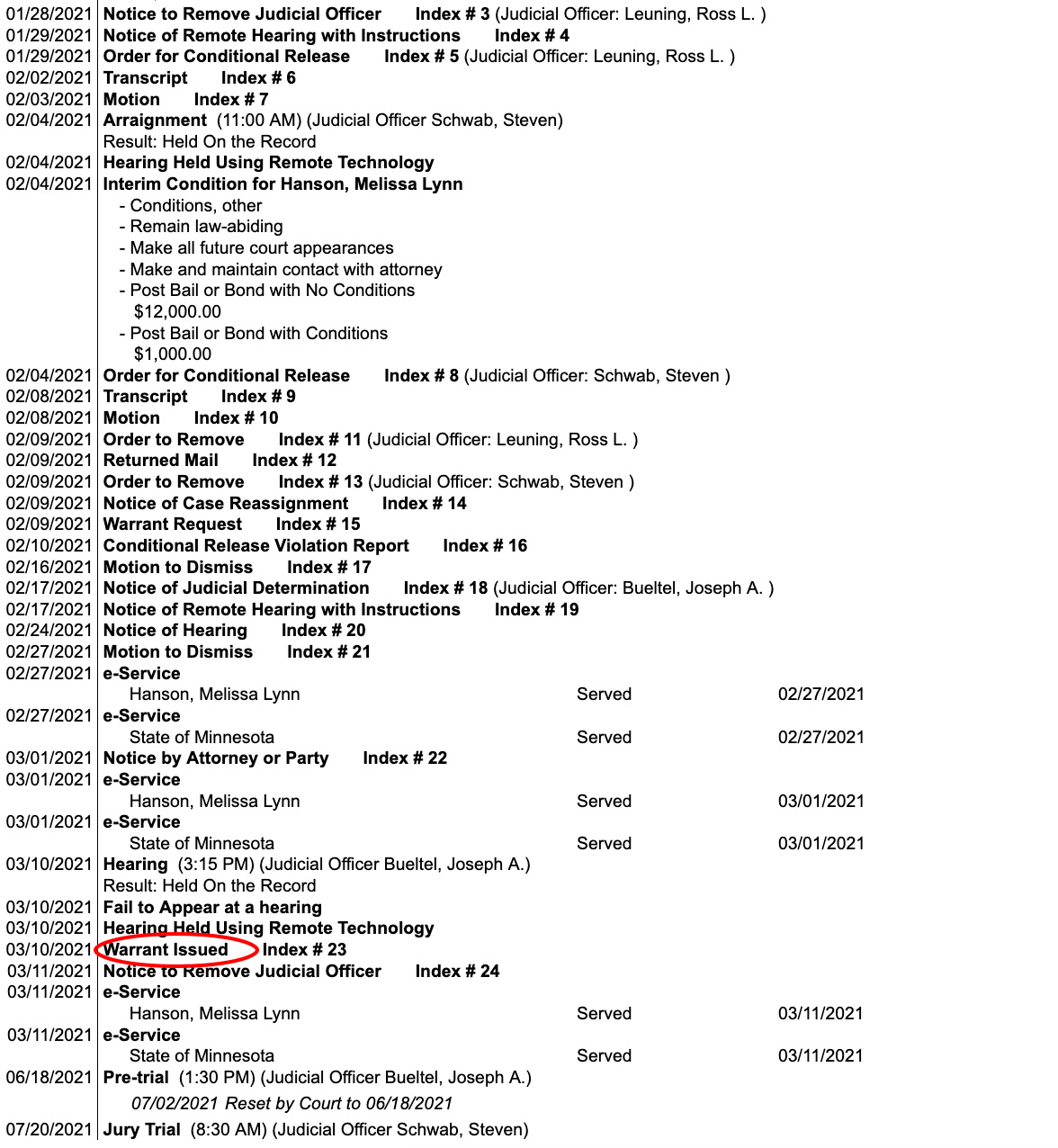 The court, and Governor Walz' Administration, want local law enforcement to do their dirty work for them. In Lisa Hanson's case, it's up to her Sheriff, Kurt Freitag to make the arrest. But Freitag does not seem interested in violating the rights of his constituents for an egregious act of government stepping over the line of its constitutional authority.

Action 4 Liberty supports Sheriff Freitag for standing up for the Constitution and rights of his constituents. Sheriffs play an important role of being one of the last lines of defense against government tyranny.

If you are interested in virtually attending today's court hearing, you can sign onto zoom using these credentials: