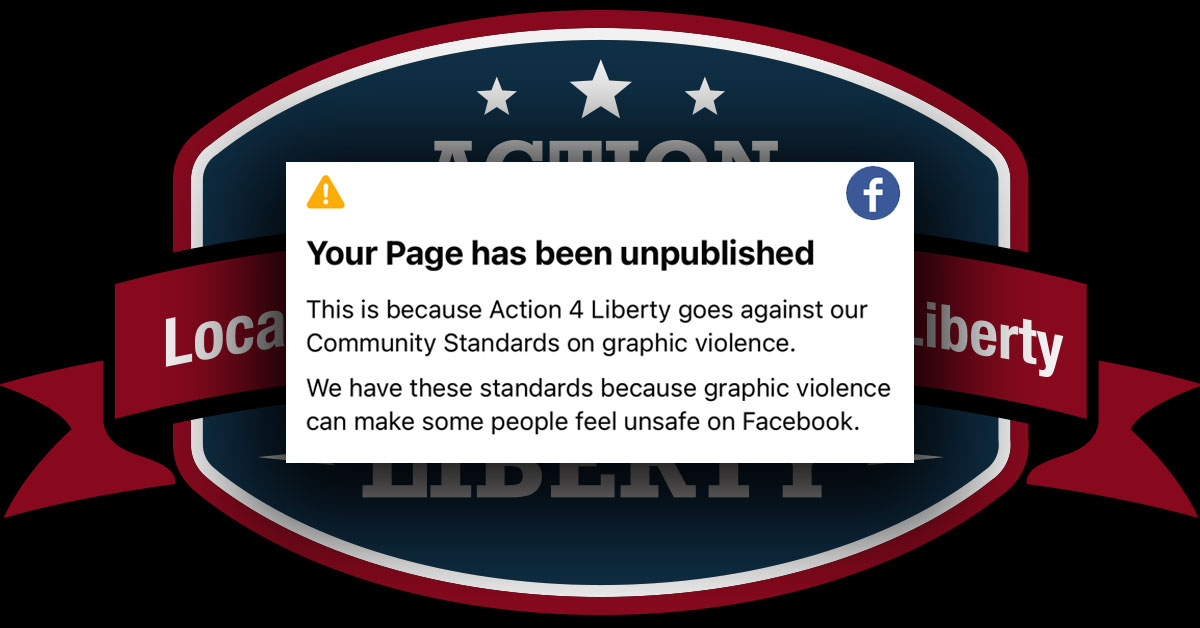 The Facebook Authoritarians unpublished and banned our popular Action 4 Liberty page this afternoon, citing a violation against their Communist Standards on "graphic violence" - despite not providing details of the alleged violation. There were only two posts submitted today. One was a meme of Bill Murray saying "So, if we lie to the government, it's a felony. If they lie to us, it's politics" and an article from the Daily Caller entitled "Vaccine Mandate Enforcement Threatens To Create A Second Economic Crisis". 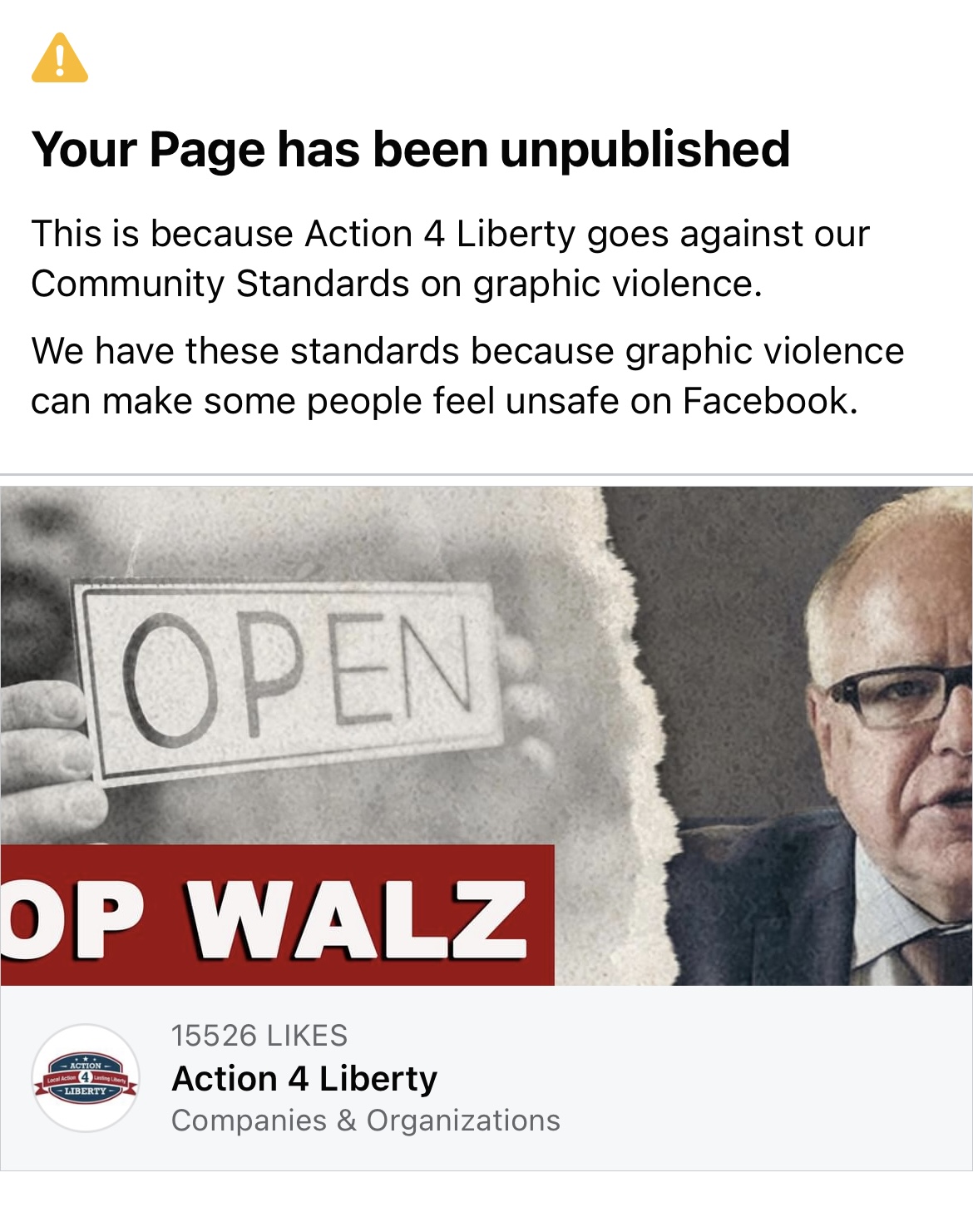 Action 4 Liberty posts a lot about fighting against vaccine mandates, which Facebook recently announced it would crack down on. In August, one of our Stop Vaccine Mandates ads was taken down by Facebook that had the potential of reaching one million Minnesotans.

Over the last couple years, we've spent over $50,000 in ads on Facebook to alert voters about important political issues at the Capitol or in their communities. This ban, which likely could be permanent, will interfere with our supporters ability to hear an alternative to the mainstream, COVID narrative. We suspect that's the motivation behind the move.

No one will stop us from doing what we do though. Whether it's the State Fair taking down our "King Walz" sign or a bunch of woke, tech authoritarians in Silicon Valley, Action 4 Liberty will continue leading this fight to protect your liberty. Our field team is out doorknocking right now to Stop Vaccine Mandates in Minnesota. They knocked on nearly 800 doors today. Our team also makes thousands of calls a day to voters throughout the state.