Our Mission at Action 4 Liberty is to protect liberty for the next generation. That's why it is important to us to STOP Governor Walz' shutdown powers, which are the largest assault on liberty and small business in modern history.

We have a long term vision of turning Minnesota into a Top 10 State for Business. To achieve that, we recruit pro-liberty candidates for the legislature and equip them to win their elections. Our objective is to lead a conservative offense at the Capitol to overpower the liberal agenda that seeks to grow government and reduce freedoms. 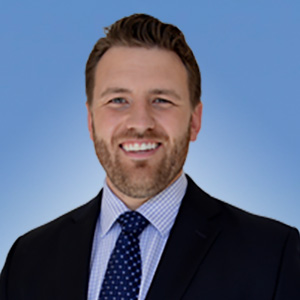 Jake leads a team of patriots at Action 4 Liberty who work around the clock to advance liberty in Minnesota. His professional experience is in financial services, which led him to get back involved in politics in 2012 when major fiscal and monetary issues faced the country. Although economics is his passion in politics, Jake is also an avid outdoorsman so gun issues are very important. The entire team at Action 4 Liberty are very strong supporters of the 2nd Amendment.

Jake served 12 years in the Army as an infantry officer. He served overseas with the Minnesota Red Bulls in the Balkans and the Middle East. He currently resides in Lake Elmo, Minnesota with his wife and children.