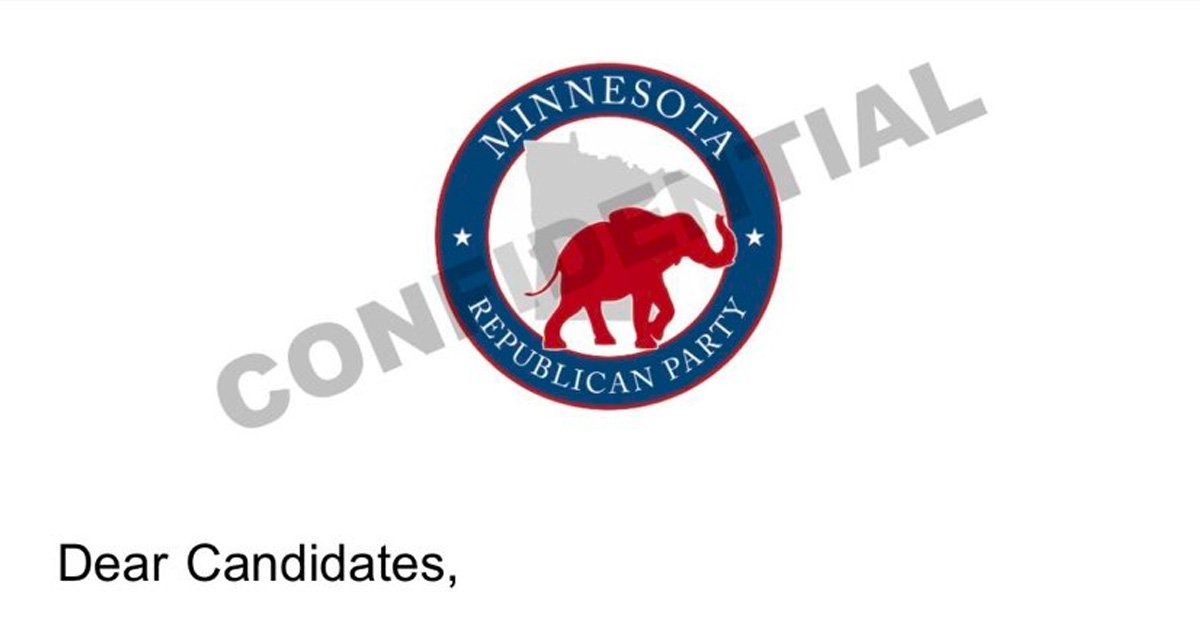 Republican Party of Minnesota Chair, David Hann, sent talking points to candidates instructing them to refer to abortion as a "protected constitutional right." Hann says the talking point was "developed and tested" by "key stakeholders" and constitutes the official position of the MNGOP. Multiple sources sent us the email containing the message from Hann.

The Minnesota Constitution does not mention abortion or allude to abortion as a Constitutionally protected right. However, that hasn't stopped activist judges on the Minnesota Supreme Court from making the outrageous statement. And the Radical Left in Minnesota has fully embraced the idea that abortion is a right for women.

Hann's statement is ludicrous. It not only is incorrect, it validates the Democrat's talking points. The memo surrenders the issue of abortion to the Radical Left and embraces the leftist position that abortion is a right up until birth. Furthering the left wing propaganda does nothing to advance the pro-life agenda in Minnesota. 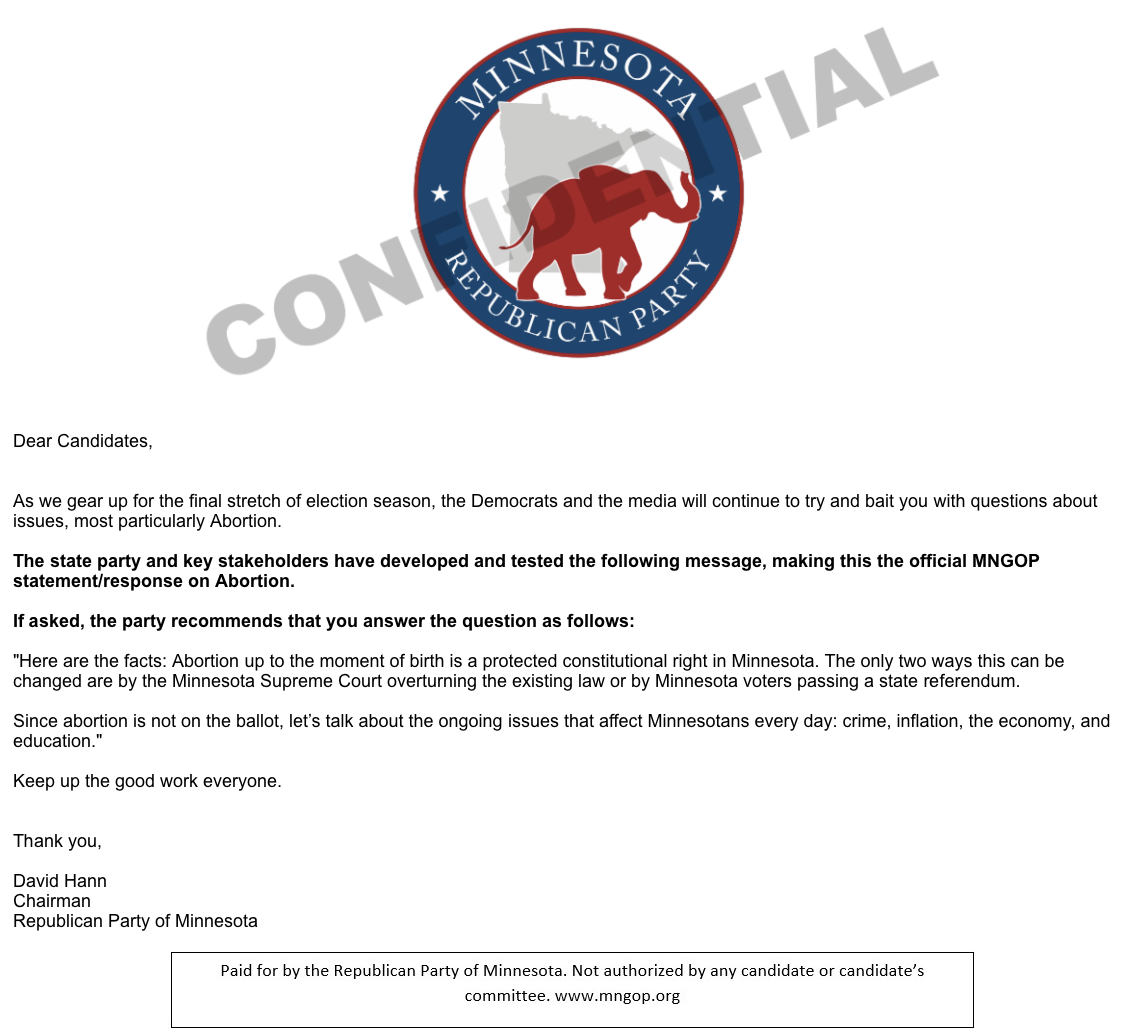