Facing an abundance of questions from constituents on her virtual townhall, Rep Julie Sandstede danced around why she voted to End Walz' Emergency Powers last year (election year), then reneged on that this year when her vote was critical to restore our democratic process. At one point, Sandstede stated that it wasn't the emergency powers that were the issue, but the executive orders issued by the Governor that were a concern. But she failed to offer a solution to Walz' gross abuse of power and stated she spoke to the Governor about possibly ending powers by May 1st. In her words, he wouldn't commit to that. 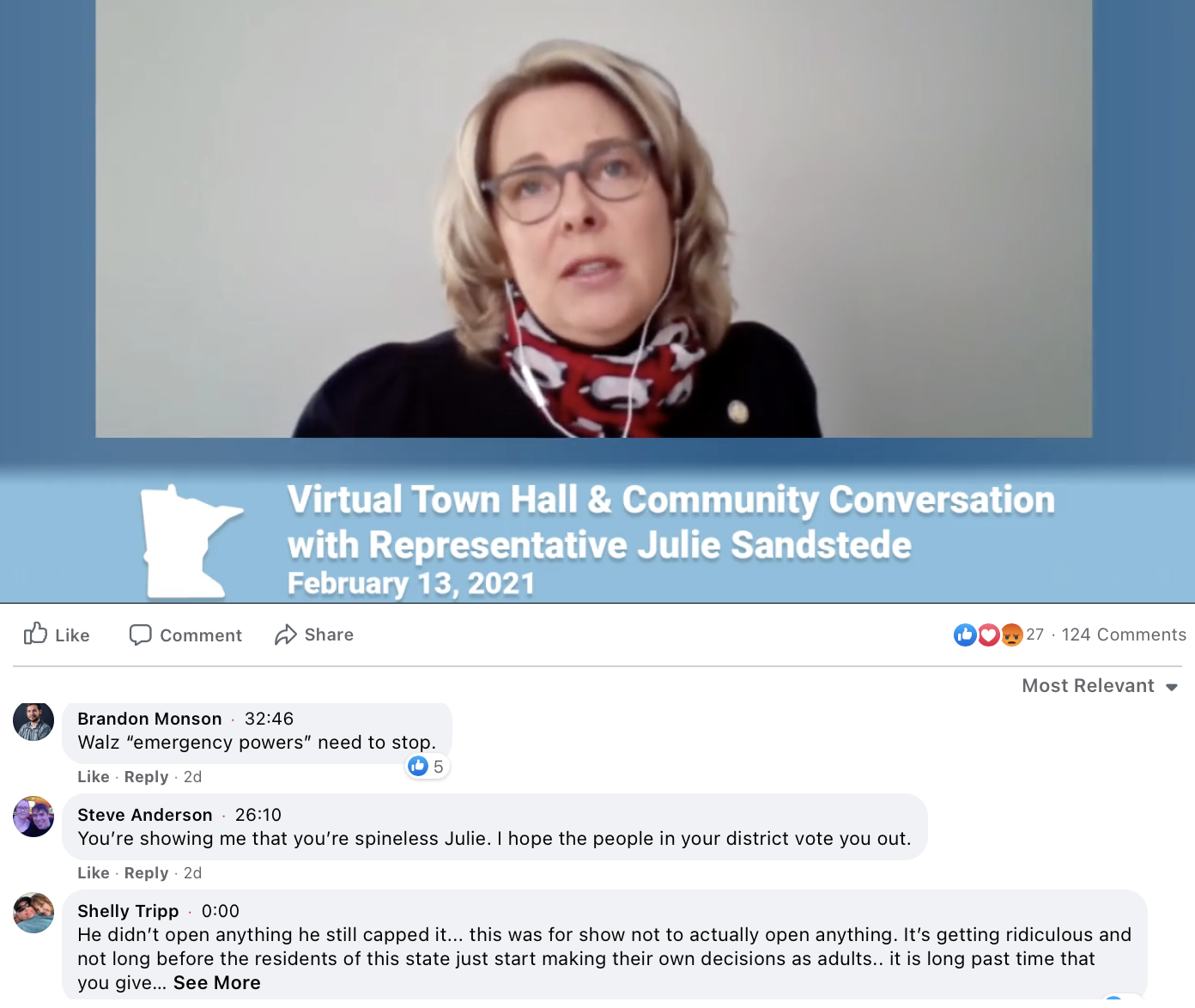 Governor Walz has unilaterally declared emergency powers for 11 months now. His powers were used to quarantine health people in their homes, forbid families to gather during Thanksgiving, shut down large portions of our economy, and force youth athletes to wear masks while playing sports. Walz has hijacked the democratic process by issuing unilateral orders and is engaging in the most anti-democratic practice ever seen in the state. And Julie Sandstede is protecting him.

What We Are Doing About It

We rented a home, hired additional operators, and deployed our field team up in the Hibbing area to go door to door to tell every voter in Rep Julie Sandstede's district about how she betrayed them and voted to protect Governor Walz' Emergency Powers. You see, when it was easy last year, Con Artist Julie voted the right way. But now when her vote matters and the election is over, she opted to protect Governor Walz instead of protect the liberties of her constituents.

As you probably already know, doorknocking hasn't been easy this week. Temperatures are dipping below -20 degrees. But with extra wood for the fireplace and a bundle of hand warmers, our team isn't missing a beat. They already knocked on hundreds of doors in the first two days, found new supporters of our cause, and most likely, educated people who voted for Julie last November. She has a real problem on her hand if she keeps betraying them! 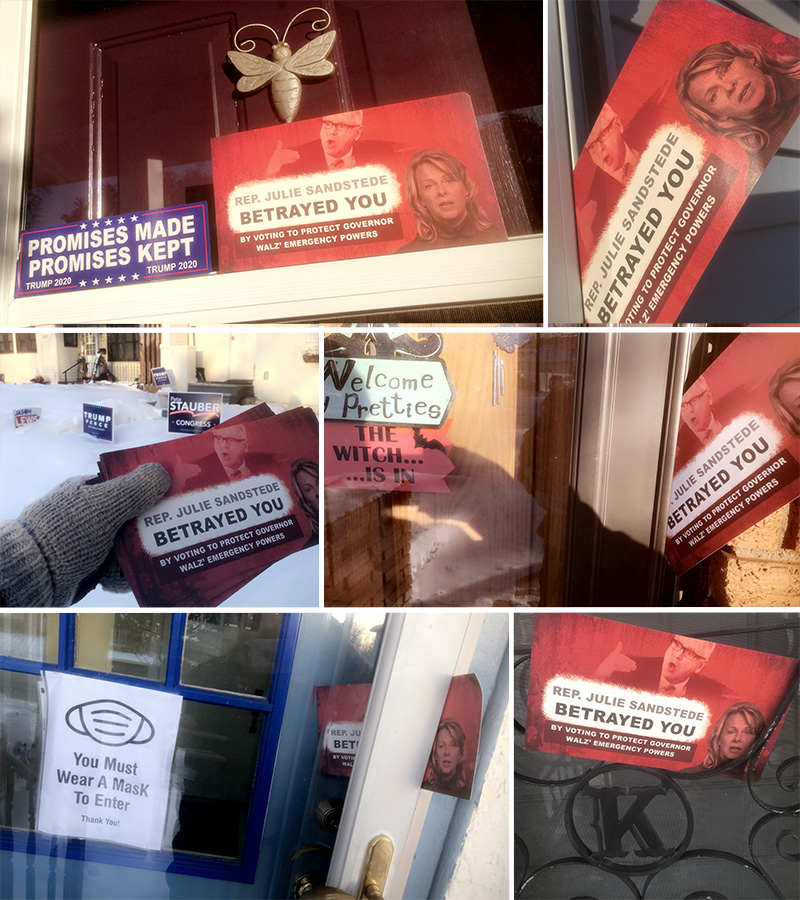 Julie clearly does not support Democracy. Allowing one man to have the power to create unilateral orders that shut down businesses and quarantine us in our homes, is the anti-thesis of a democracy. Because she is protecting Walz, we are now faced with the prospects of a Mask Mandate Bill which is making its way through the Minnesota House.

Action 4 Liberty refuses to let our Constitutional Republic fall because one man declares and endless emergency due to a virus. Our system of government was never designed to allow this to happen. And we will fight everyday to make sure we End Governor Walz' Emergency Powers. Support our field operations and let's take back our state!