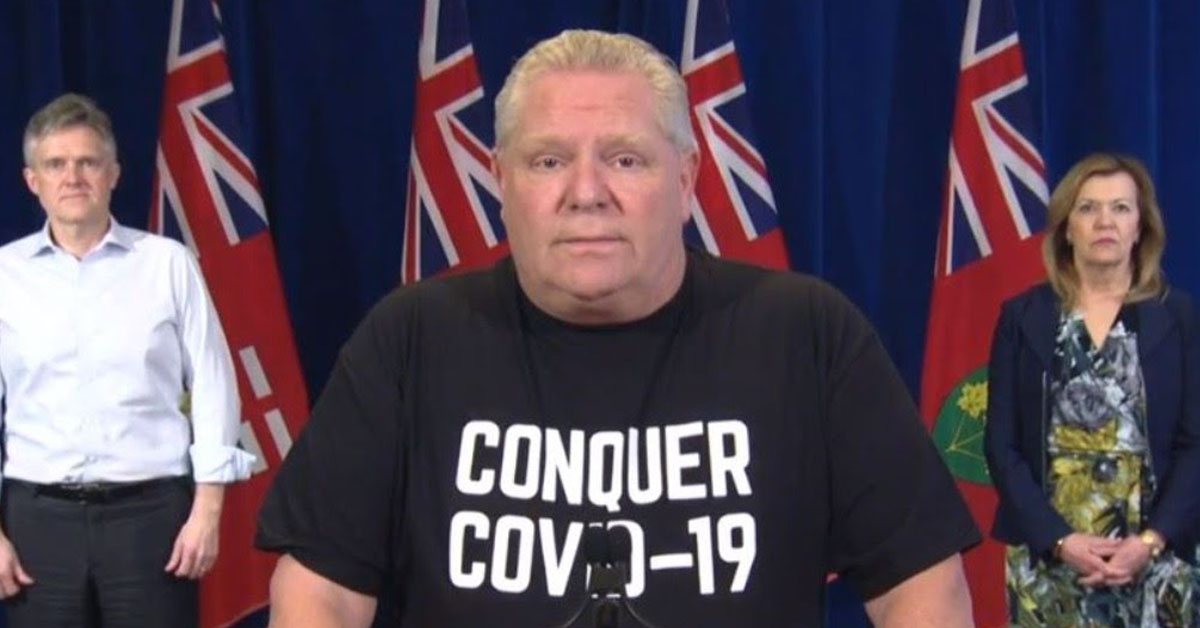 Ontario Premier Doug Ford, who was previously viewed as anti-establishment and independent, has turned his back on freedom and his constituents. Ford announced today that he is declaring a State of Emergency to stop the truckers’ Freedom Convoy blocking the border between Detroit and Ottawa. The demonstration by truckers is a resistance to the vaccine mandates imposed by the Canadian government on truck drivers.

The State of Emergency will remove the truckers’ ability to protest the tyranny they have been forced to live under. Ford goes as far as saying that the police should “do whatever it takes to bring these occupations to an end.” Protesters could face a year in jail and $100,000 fines simply for standing up for their individual liberties. He is seeking to remove the personal and commercial licenses of protesters so they have no right to their profession of choice.

Doug Ford, along with his late brother Rob Ford, became progressive, conservative icons with their brash and blunt style. However, Ford has been anything but consistent, stating he was against vax passports, then later supporting them.

The truckers seem unwilling to back down and are willing to risk it all for their freedom! The State of Emergency will be another hurdle to overcome but we can’t think of a tougher and more capable group to fight this than the truckers. Their protest is NOT illegal because the actions they are protesting ARE illegal. The people are fed up with crony politicians abusing their power. What we see in Canada, we also see in Minnesota.

The impacts of the protests are clear and the truckers should never give up. Doug Ford has shown himself to be a clown who bends to Trudeau’s pressure. Never trust these politicians because they will surely disappoint. Only when we pressure them will we see freedom be restored. Stay vigilant!