The Next 24 Hours Are Crucial - Will They End Walz' Powers?

The next 24 hours are crucial. Either Minnesota will endure another month of Governor Walz' illegal unilateral rule making or the Republican Senate will finally stand up and refuse to cut more deals with the Democrats until the House ends Walz' powers.

Here's what we know is at stake...

You heard that correctly. Minnesota taxpayers may be on the hook to bail out Minneapolis to the tune of $300 Million because of Jacob Frey's stand down orders and incompetence.

But for the first time since I've been involved in politics, Republicans have the edge in negotiations. The Governor called a Special Session and can't dictate what gets heard or how long the session will last. And Senate Majority Leader Paul Gazelka is on record multiple times this week for saying they will adjourn on Friday...in about 24 hours!

The Republican Senate does NOT have to pass a single piece of legislation, compromise on a single dollar of bonding debt or bail Frey out with a single dollar of taxpayer funds if the Democrat House WILL NOT vote to terminate Walz' emergency powers.

If Gazelka compromises at all, he's just as guilty as the Democrats for the business closures and high unemployment that will come from another month of this illegal shutdown!

Unfortunately, we've been let down too many times in the past by Gazelka and company. So we aren't taking anything for granted. Yesterday, thanks to your generous contributions, we were able to drop lit to voters in Gazelka's district about his "Deal with Democrats".

Did you know Paul Gazelka has a Republican primary challenger? He better be paying attention! 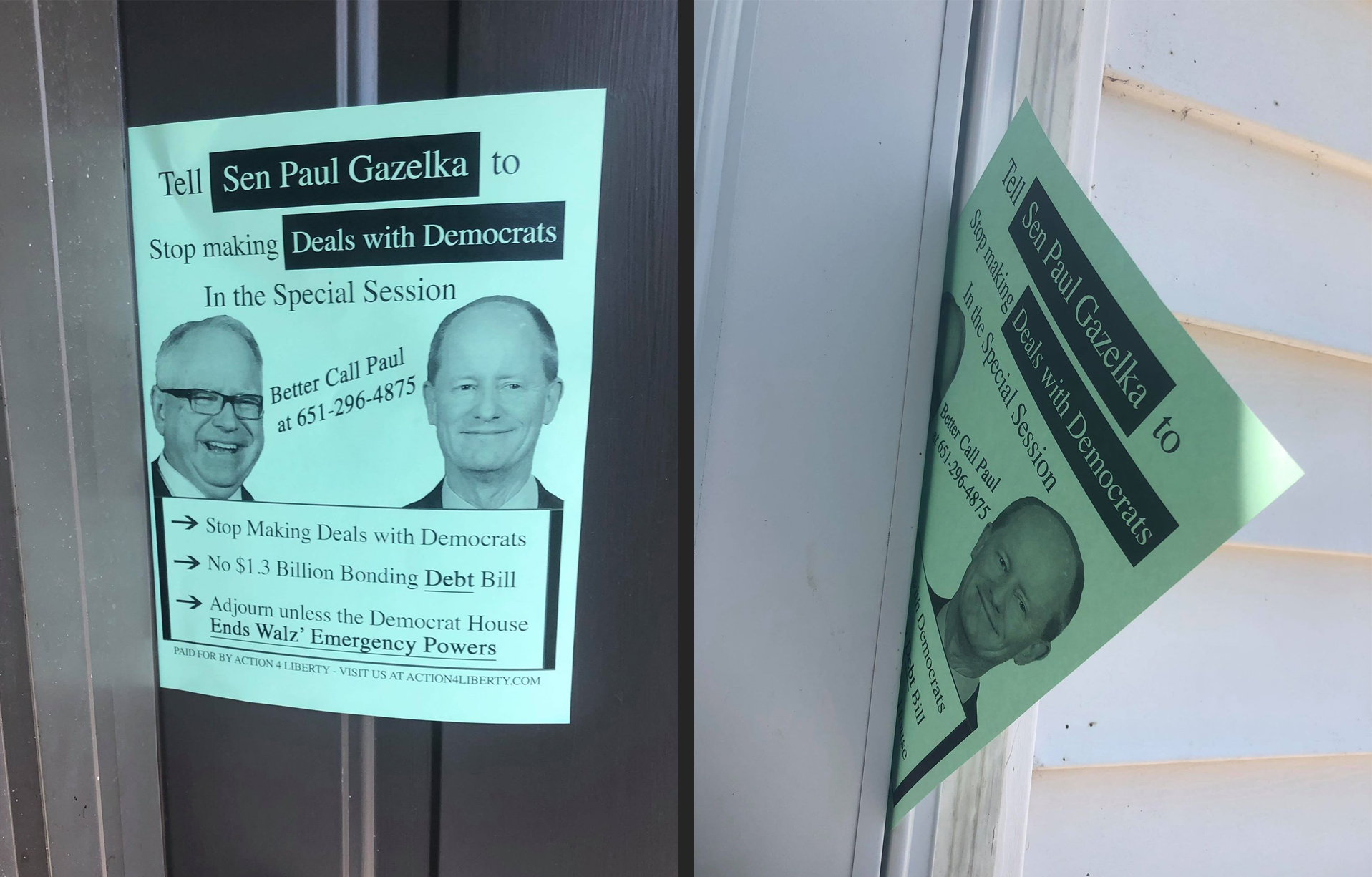 Right now we have door knockers and phone callers working around the clock, but nothing beats you contacting Gazelka yourself.

Reach out to Senator Paul Gazelka today and tell him:

1. Stop making deals with Democrats with a massive debt bill

2. Tell the Democrats in the House to end Walz' powers or you will adjourn

3. Don't bail out Jacob Frey with OUR money!