What You Haven't Heard About the Surplus

It's the New Year and the 2020 legislative session is a month away. Since this year is also an important election year, you can imagine that every move by Republicans and Democrats will be measured based on how they will be perceived by voters in November. High amongst their evaluation is what they do with the massive budget surplus.

What is a budget surplus? When politicians in St Paul set a budget of how government is going to collect and spend your money, they are suppose to make sure there is a budgetary balance. In other words, the amount collected = the amount spent. Anything more means they overtaxed you.

Similar to a waiter overcharging you for dinner, the remedy is to immediately return the money to you. Of course greedy politicians look at surpluses in a completely different way. They look at the money as more opportunity to waste your money on pointless government spending projects.

If you pay attention to the media or your local rep, you've probably heard there is a projected $1.3 Billion surplus in the current biennium. But that number is completely understated. The hidden secret your media and legislators aren't telling you is that the number is much larger. 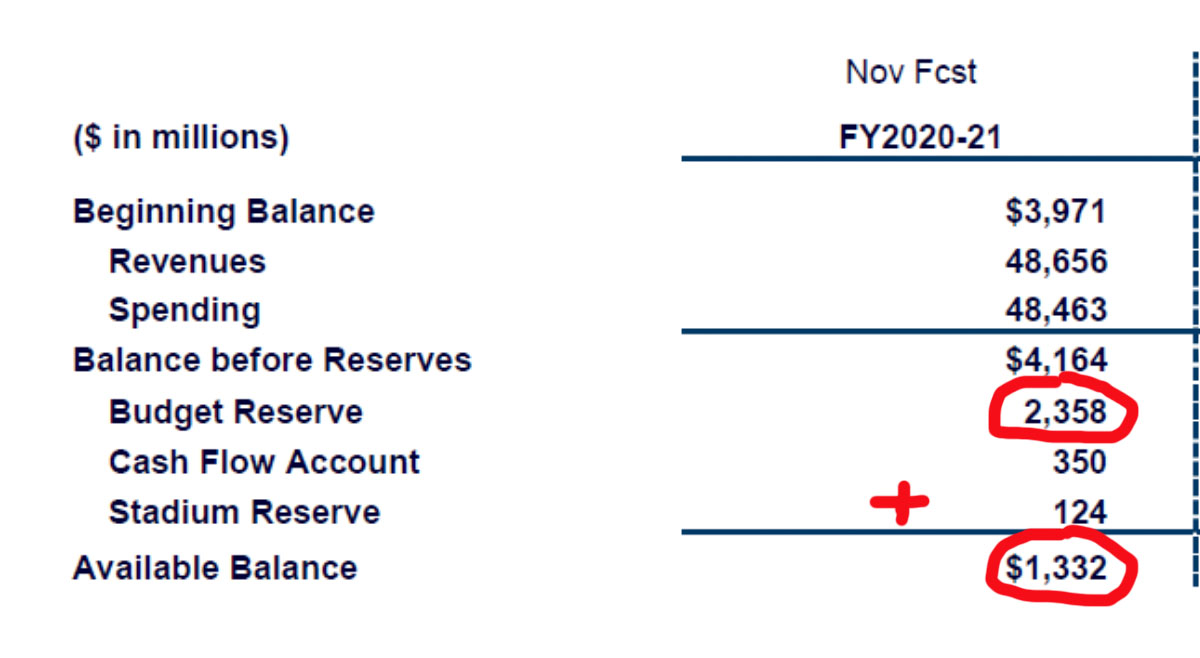 Our state government is sitting on an unprecedented, massive budget reserves of your money. While it may be prudent for a family to have rainy day funds in case of an emergency, government should not extract large sums of money out of our private economy to hold for future spending. If you add the $2.358 Billion of budget reserves to the available balance of $1.332 Billion, we actually have over a $3 Billion budget surplus.

Action 4 Liberty calls for every penny of that surplus to be returned immediately to the taxpayers. Minnesota is one of the worst tax states in the country and we lag behind the national average in employment statistics. Putting that money back in the hands of taxpayers and jobs creators will give a significant boost to our economy.

Giving the surplus back is unfortunately a partisan issue. Modern Democrats seem hell bent on taxing and spending with no regard to reducing the heavy tax burden on job creators in our state. The only hope for us is that Republicans stop following the Democrats' lead of taxing and spending, and instead side with Minnesota taxpayers for once. Senate Majority Leader Paul Gazelka would be wise to spend his energy writing and promoting a $3 Billion tax cut this session and not agree to work with Democrats on anything else unless the money is returned to its rightful owners. Voters in November would likely reward him and his caucus for that move.