It's quite evident, that when Governor Walz talks about his vision of "One Minnesota", he's lying to us. We now know that his rubber stamp chief legal officer, Attorney General Keith Ellison, treat violators of Walz' new Executive Order differently. There's one treatment for those who are in the political class. And another one for us in the private sector.

Rep-Elect Erik Mortensen has garnered a lot of attention in the last couple days about his public defiance of Governor Walz' illegal order. Mort plans on throwing a backyard party on Wednesday night at his home in Shakopee. Walz' recent order prohibits anyone from outside a person's home to social gather with them. But Mort doesn't care that Walz' thinks he has this power; he stands by freedom and the Constitution.

According to Executive Order 20-99, Mort's defiance could result in a fine of $1,000 or up to 90 days in jail. And he fully understood this when he sent an invitation to his party to both Keith Ellison and Governor Walz.

Meanwhile, down in the small town of Lynd, MN a single mom and small business owner named Larvita is also openly defying the Governor's illegal orders. She owns and operates a gymnastics studio and small restaurant. Walz' order puts her out of business, without any stream of revenue to feed her children. So she told her customers she has no intention to obey Governor Walz' unconstitutional dictate.

Here's where the story gets interesting. Both Mort and Larvita are breaking the same Executive Order and face the same penalties according to the document. However, Mort, being a newly elected member of the legislature, received no threats from the Attorney General. Meanwhile, Ellison is threatening massive fines and a year in prison for Larvita. That's a tale of Two Minnesotas.

Here are the letters from the AG. 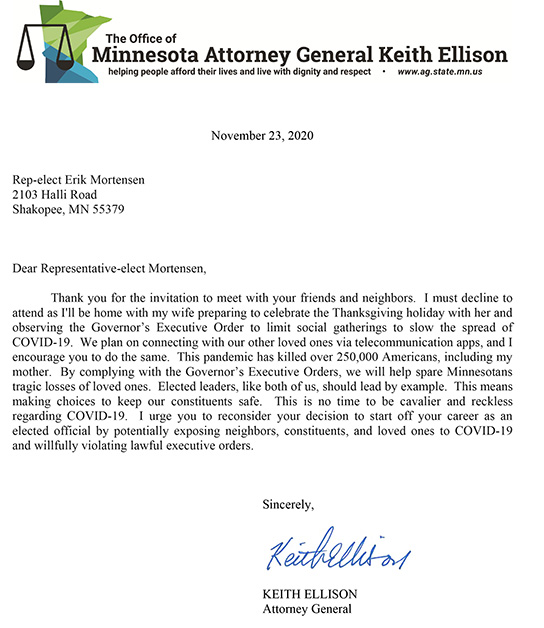 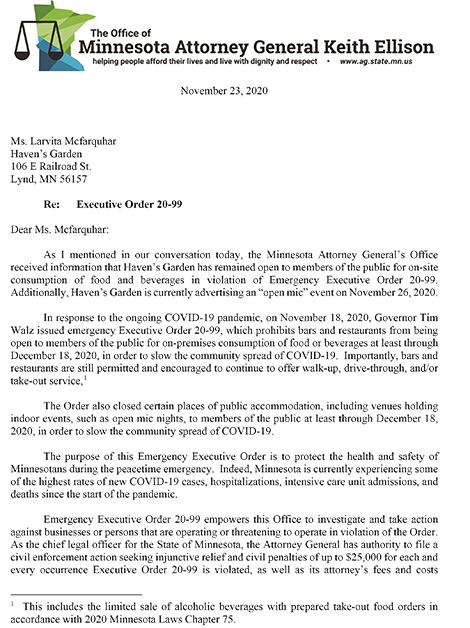 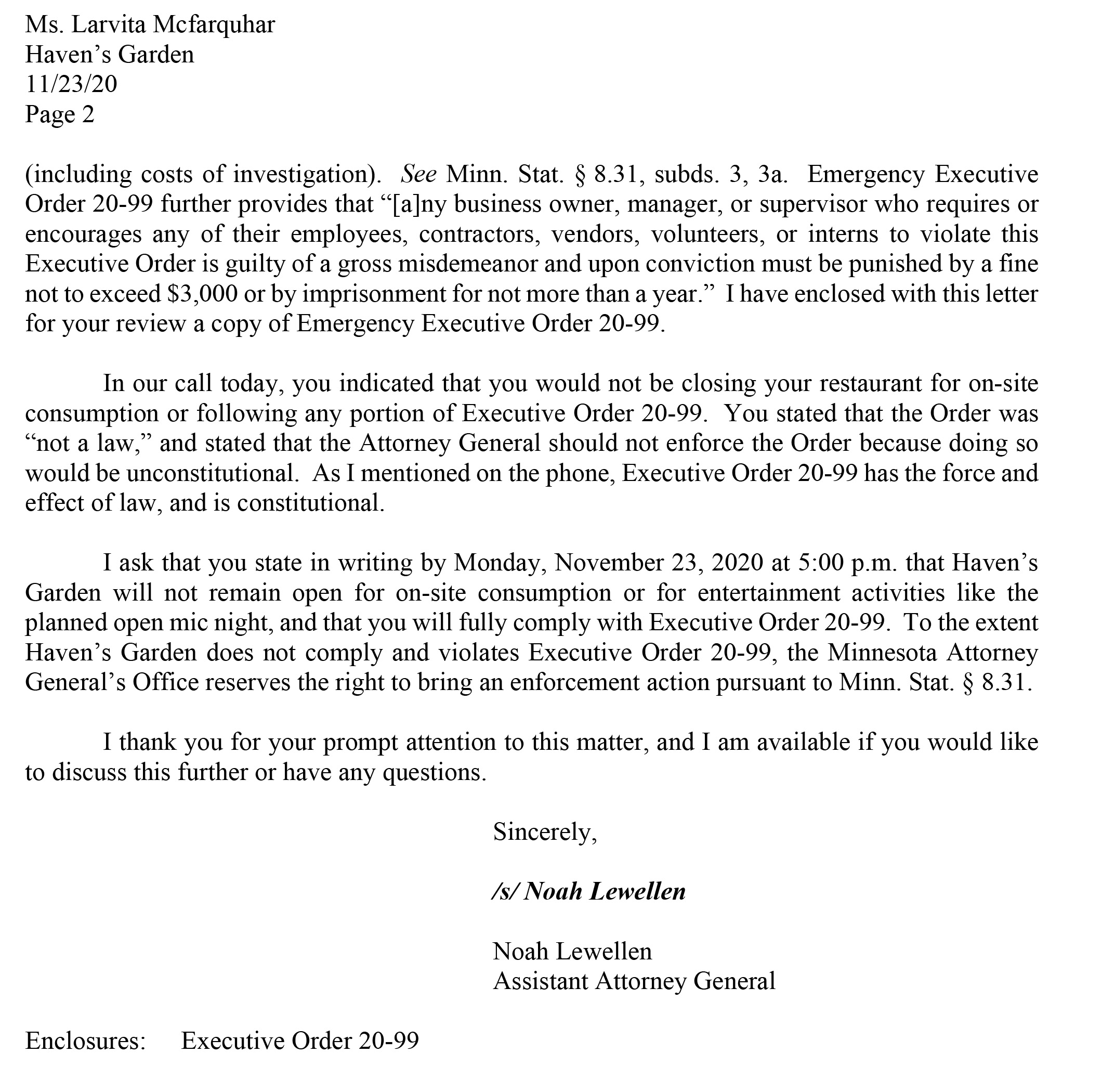 Mort didn't ask for special treatment from the Attorney General, nor does he want it. In a video he released this afternoon, he calls on Governor Walz and AG Ellison to treat everyone equally. Or better yet, end their illegal, unconstitutional lockdown. Both letters have not deterred Mort or Larvita from their defiant acts this week. Larvita's business, Havens Garden, will open up on Friday for music night. 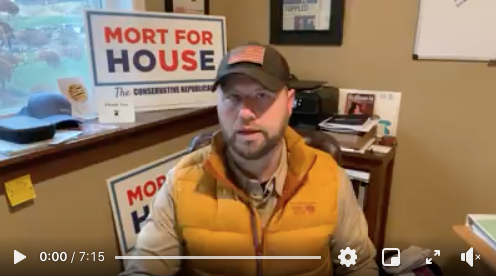 Show Larvita your support by signing the Petition.