You know the joke that, at times, seems all too real: how do you know a politician is lying? Their lips are moving!

Last May, the legislative session was winding down while Governor Walz' tyrannical orders were still in place. Our beloved small businesses were under a shutdown and people could not attend their churches. Fearing we'd enter the summer without any reprieve from these abusive powers, we demanded the Republican controlled Senate pass the End Walz' Emergency Powers Resolution.

If you aren't aware, the Constitution of Minnesota required the Legislature to finish business by May 18th. After that, they could only be called back for a Special Session at the request of the Governor.

So as the final weekend approached, we called then Senator Scott Jensen to make a motion on the Senate floor to get a vote on the End Walz' Emergency Powers Resolution.

Guess what he did?

Instead of taking the courageous stance and forcing the vote on the Senate floor, he took the issue to a private caucus meeting, where Senator Gazelka decided to kill it. Jensen could have fought for us and forced a vote, rather than bow to Party leadership. But he was apparently too worried about putting his colleagues (aka politicians) on record, which would've exposed them for the whole public to see.

As you can see, he took NO ACTION to force a vote when we needed him the most. Now he's running for governor, whispering sweet nothings in our ear and begging for our votes. But I say we demand action! 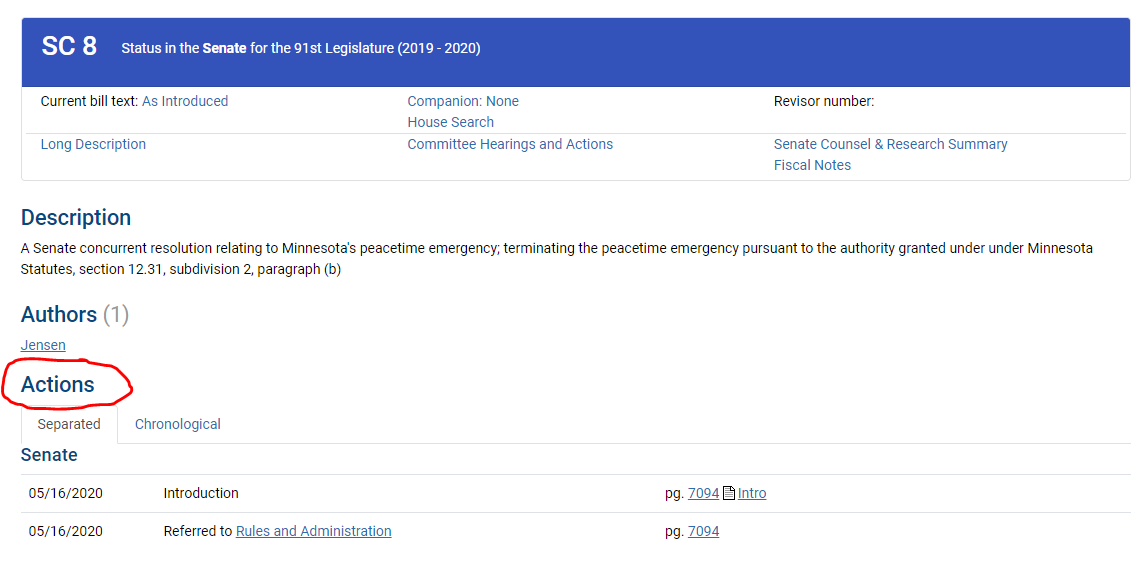 Scott Jensen has done countless media appearances, been outspoken about the government's COVID response and is officially a candidate for Governor. He's trying to sell himself as the answer for Minnesota. But has he changed?

There is only one way to tell if candidates like Scott Jensen, Mike Murphy and anyone else who enters the Governor race are serious and willing to put pen to paper. They need to PLEDGE TO YOU that they will NEVER AGAIN allow a Governor to abuse Emergency Powers.Do you agree?

I'm happy to announce that Action 4 Liberty has created the Never Again Pledge and sent it to the candidates for Governor. This pledge gets a public commitment by the candidates that they are serious about Ending Walz' Emergency Powers by calling on the Minnesota Legislature to REFUSE to pass a budget until they End Walz' Emergency Powers. We need to unify in telling Walz if he wants a budget, the Peacetime Emergency must end and he can't ever repeat what he did over the last year, period. 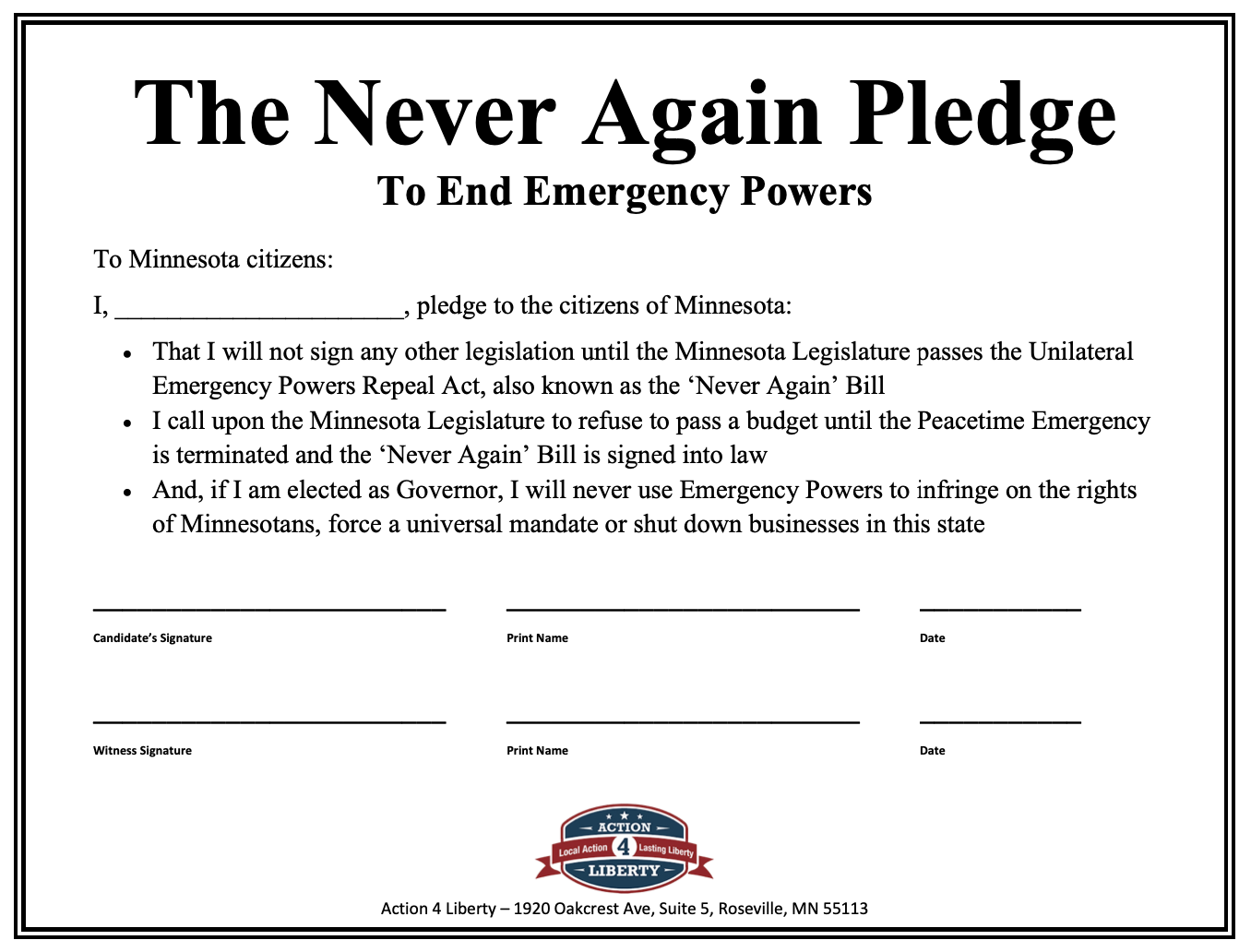 Hey Scott Jensen and others: Show us you aren’t all talk. Prove to us that you mean business. Sign the Pledge to make the Never Again Bill your top priority as governor.

Pledge to us that you are committed to restoring our Republic. Give us your word that, if elected, you won’t abuse the power of the office. The Never Again Bill would put the Governor in jail if he violated our rights again. There’s no better guarantee that you are on our side than making this your number one priority!

You see, we need action from these candidates. Simply flapping their gums isn't going to cut it anymore.

Here at Action 4 Liberty, we work to cut through the smoke and mirrors that these politicians try peddling to us. And that's why this pledge is so important. It separates the serious players from the pretenders!

Scott Jensen and all other candidates will have the better part of the week to review and sign the Pledge before we post their response for the world to see. It's time politicians get SERIOUS about making sure this NEVER HAPPENS AGAIN!

If they sign the pledge, that will be a mere indication they are at least somewhat serious about Ending Emergency Powers. However, we'll be watching them closely for double-speak and actions that prove otherwise.