It's the first day of the 2020 legislative session and instead of the Chairman of the Tax Committee introducing a bill to give back every penny of the surplus, he and another Republican Senator introduced legislation that would create a social media fee. Sen Roger Chamberlain (R - White Bear Lake) and Sen Michelle Benson (R - Ham Lake) introduced SF 2996 which establishes a fee (tax) on social media companies with over 100,000 Minnesota users and creates a government fund.

What's the purpose of this bizarre legislation? According to a tweet by Chamberlain, it's purpose is to "provide education, info about mental health impact, addiction problem, etc re soc media use". Why this is a role of government; that's for the two Republican Senators to explain. 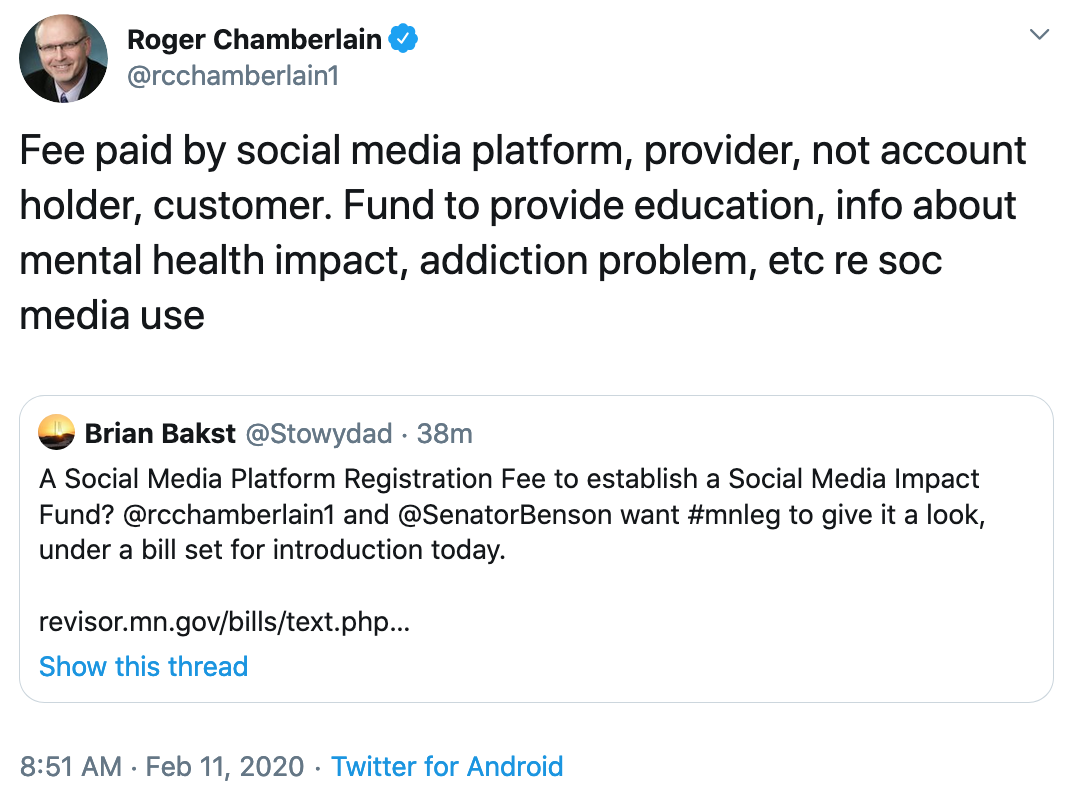 Legislation like this is usually done as a favor to special interests. Perhaps the big social media companies want to create a barrier-to-entry for start up social media platforms. It's pretty easy for Facebook to pay a fee to operate with its millions of Minnesota users. But new competition might struggle to pay a fee. At the time of this article's publication, the amount is not stated in the bill.

Here's the problem. Republicans are the ones who are supposed to be for smaller government and free markets. So why are two Republicans behind legislation that increases taxes and makes it harder to do business in this state? 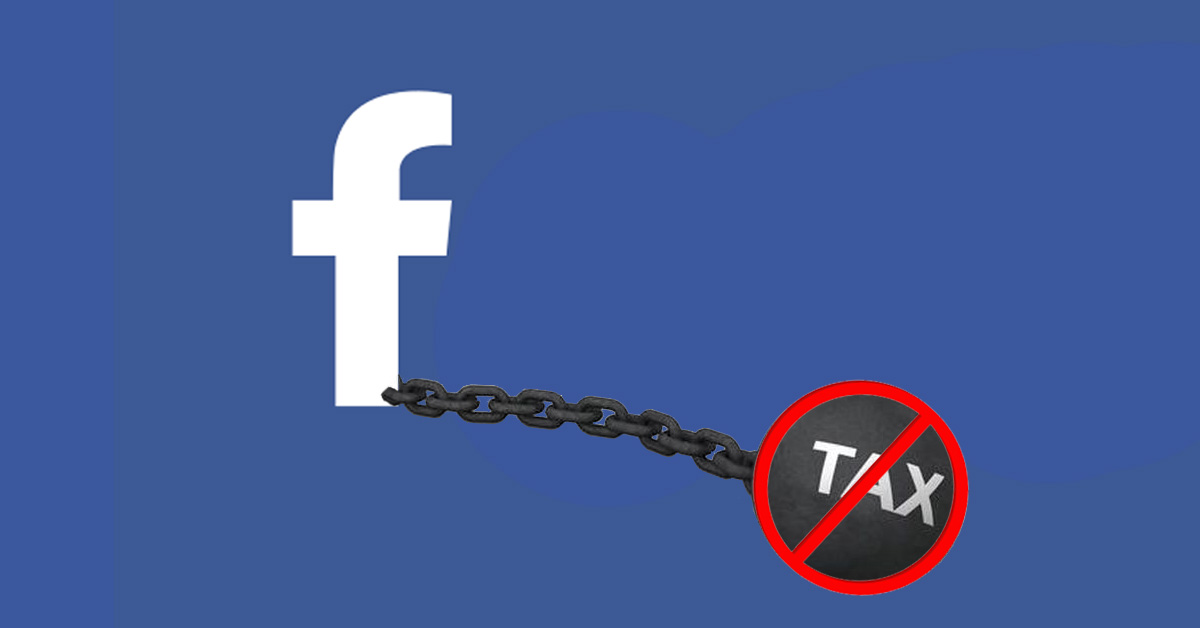