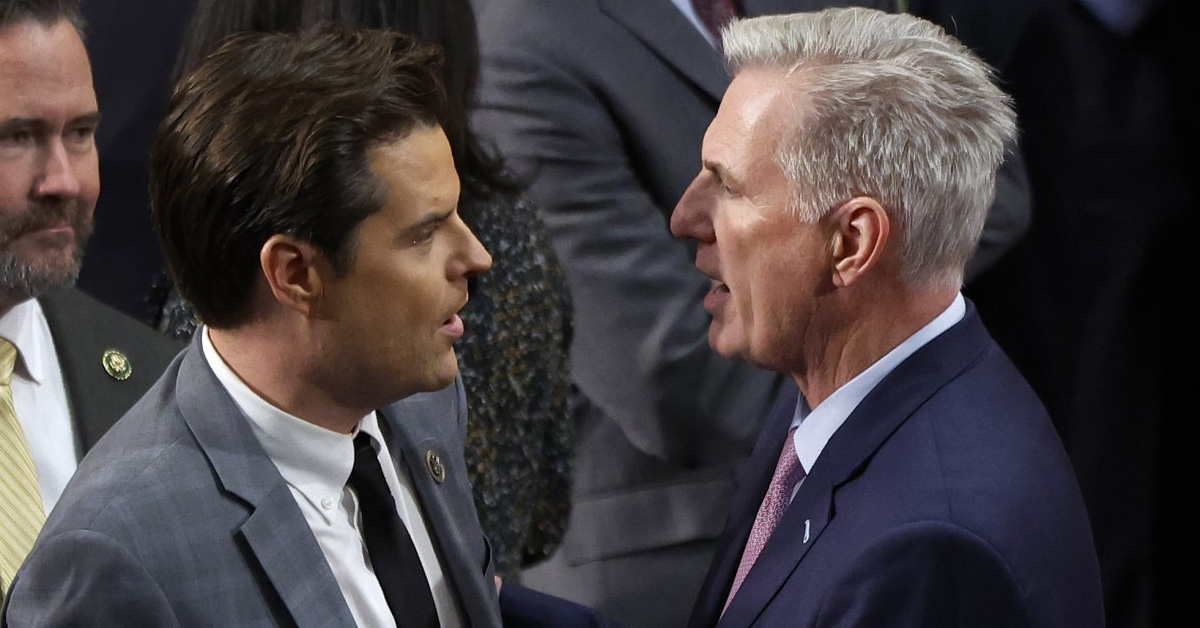 After 15 ballots across 5 days, Kevin McCarthy (CA20) was elected Speaker of the House on January 6th. He defeated Hakeem Jeffries (NY8) on the final ballot with a tally of McCarthy 216, Jeffries 212, Present 6. This slim majority allowed the few true conservatives in DC to have the upper-hand in negotiations and provide a massive victory for the American people. This was a world class example of confrontational politics being employed perfectly.

Nominations of Andy Biggs, Jim Jordan, Byron Donalds, Kevin Hern, and Donald Trump were rotated throughout the votes as passionate speeches laid out the flaws with McCarthy’s leadership and the rules in which the House functions.

At its height, 21 GOP members were voting against McCarthy or voting present. You can see the full results that we tracked here. This tactical move was highly criticized by the mainstream media, including Fox News. However, the Establishment fails to realize how successful and necessary these Representatives were. Swamp Creature Rep. Mike Rogers even screamed and lunged at Matt Gaetz after the 14th ballot.

While all 21 Representatives deserve credit for the deal-making, 6 patriots held out the longest to force as many conservative promises from McCarthy. They are Reps. Andy Biggs (AZ5), Lauren Boebert (CO3), Eli Crane (AZ2), Matt Gaetz (FL1), Bob Good (VA5), and Matt Rosendale (MT2). Rep. Crane was just elected to his first term in Congress and the Navy SEAL veteran/business owner showed he has a backbone of steel in his first few days.

Below you will see the concessions McCarthy had to make with conservatives in order to become Speaker:

Who knows if any of these important initiatives would ever have seen daylight if this battle was not fought. It is now up to conservative members of Congress to make sure that McCarthy lives up to his word and holds Biden and the Democrats accountable.

Though many conservatives would have liked to see McCarthy entirely removed, the victories that came out of the negotiations allowed for Constitutional, Conservative oversight of the Speaker and we have the fighters ready for this moment. Big win for our country!