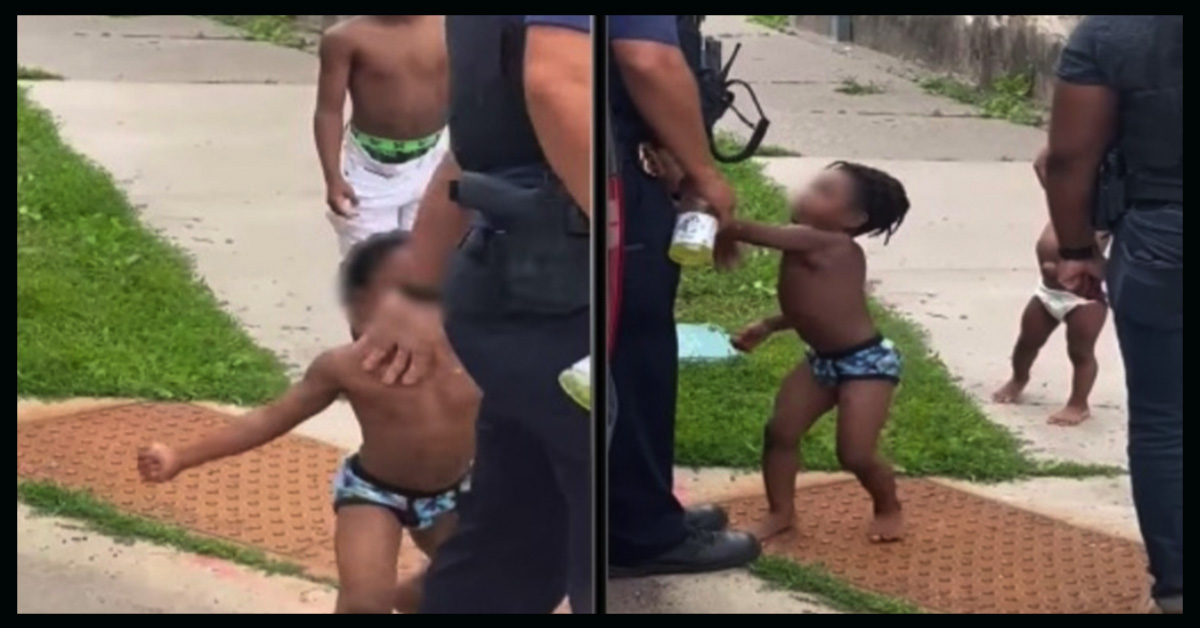 Minnesota has been at the forefront of the discussion on how police and citizens interact. Following George Floyd and the Black Lives Matter protests and riots that plagued Minneapolis, Minnesota still struggles with the relationship between people and police.

The negative stereotypes of police officers have been heightened and exaggerated to fit liberal social justice narratives. The radical liberals of Minneapolis assume racism is deeply engrained in the profession. Defund The Police, ACAB, and Black Lives Matter have wedged a culture divide between black people and the police and it appears the children are taking notice.

Children are very impressionable and soak in the information they get from their family, friends, and community. Kids adopt the views of others they respect and many have a blatant disrespect for police. Sometime last week, two police officers in St. Paul were searching for a murder suspect when a child, just a few years old, wearing nothing but his underwear, began swinging fists and cursing out the police officers. The toddler’s behavior is encouraged and continued by older kids and what appears to be an adult in the background. They called one of the black officers an “oreo head a**” and set the example for the toddler to follow. Reports say that the kids even threw rocks in an unfilmed exchange. The police remained calm, respectful, and professional in their business.

This disturbing video may show the cultural decline in Minnesota as the people have been fed false narratives about the police. Most police officers are stand up individuals who want to help people and keep the streets safe. Feeding propaganda to children that says otherwise is setting them up for problems.

Every problem has its origin and beating around the bush is worsening the problem. There needs to be a bridge of trust between the police and black people to establish peace in Minnesota. This not only can happen, it needs to. Respect to the police officers in the video for keeping their cool and handling the moment like professionals!