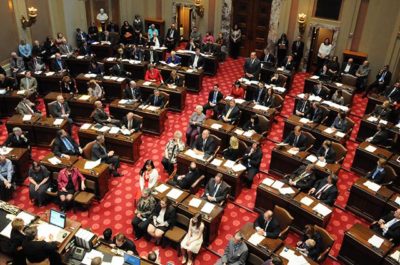 The Minnesota Senate failed to pass its massive debt bill today that would add $825 Million on the state credit card. HF4404, known as the Capital Investment bill, is a bonding bill that requires a 60% majority in order to pass. The vote was a strict party line vote of 34 to 33, failing to get the 41 needed votes for passage.

Democrats voted against the bill because they didn't think the debt bill was large enough. An amendment was voted down prior to the final vote that would've adopted the projects Governor Dayton wanted to see in a bonding bill. These projects would've brought the bill's final price tag to $1.5 Billion.

Action 4 Liberty opposes adding any more debt spending after government spending already grew by 9.5% this biennium. On top of that, the bill was full of pork projects that are wasting tax dollars. The bill was scored on mnscorecard.com.