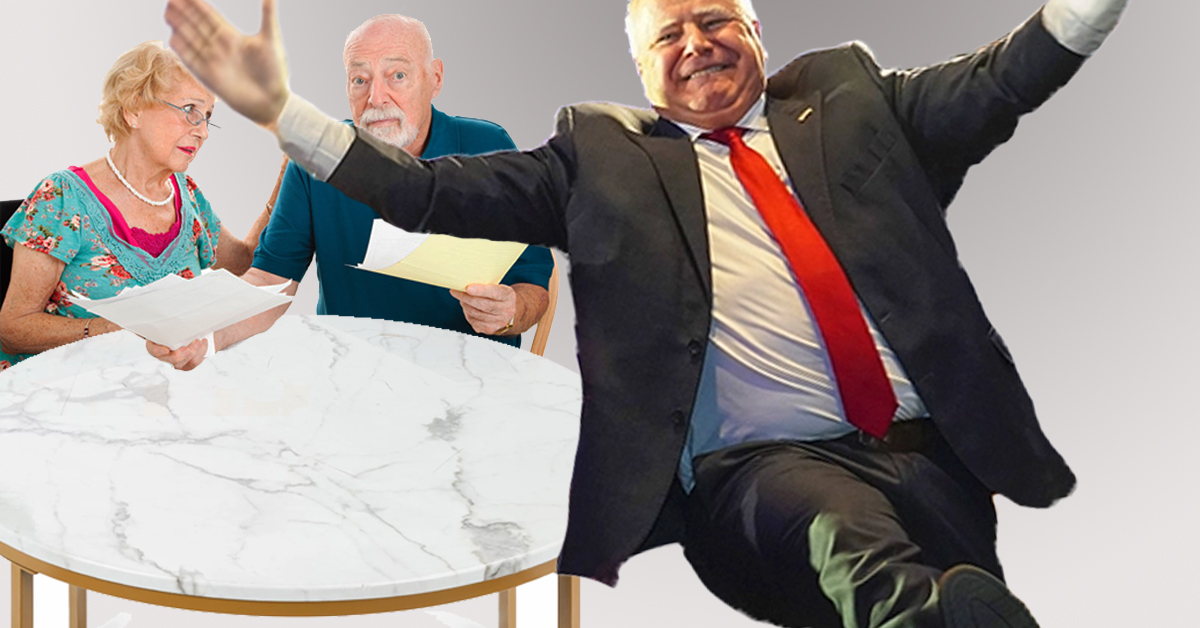 In 2022, both Republicans and Democrats campaigned to end state Social Security taxes on retired Minnesotans. However, it appears that Democrats largely used the issue to provide political cover for themselves during an election in which they desperately tried to stave off annihilation.

It worked well enough for them to hold onto the House and gain a one seat majority in the Senate, giving them total control of the Minnesota State Government.

Days after being sworn in, Walz and other top DFL leaders criticized the idea of eliminating this shameful tax. This is despite the fact that last year Walz had come to an agreement with Republicans to eliminate it.

Four new DFL State Senators from swing districts campaigned to end this tax on seniors. Some of these races were won by a handful of votes and this issue alone could have made the difference. These Senators include Rob Kupec (SD 4), Heather Gustafson (SD 36), Judy Seeberger (SD 41), and Grant Hauschild (SD 3).

New Senate Majority Leader Kari Dziedzic and House Speaker Melissa Hortman have both agreed with Walz, saying that the tax on social security must stay in place.

Remember that Minnesota is currently facing a record $17.6 billion budget surplus. Yet Walz and his cronies believe that this tax is still “needed”.

Action 4 Liberty opposes the Social Security tax and calls on both Democrats and Republicans to permanently eliminate it altogether.