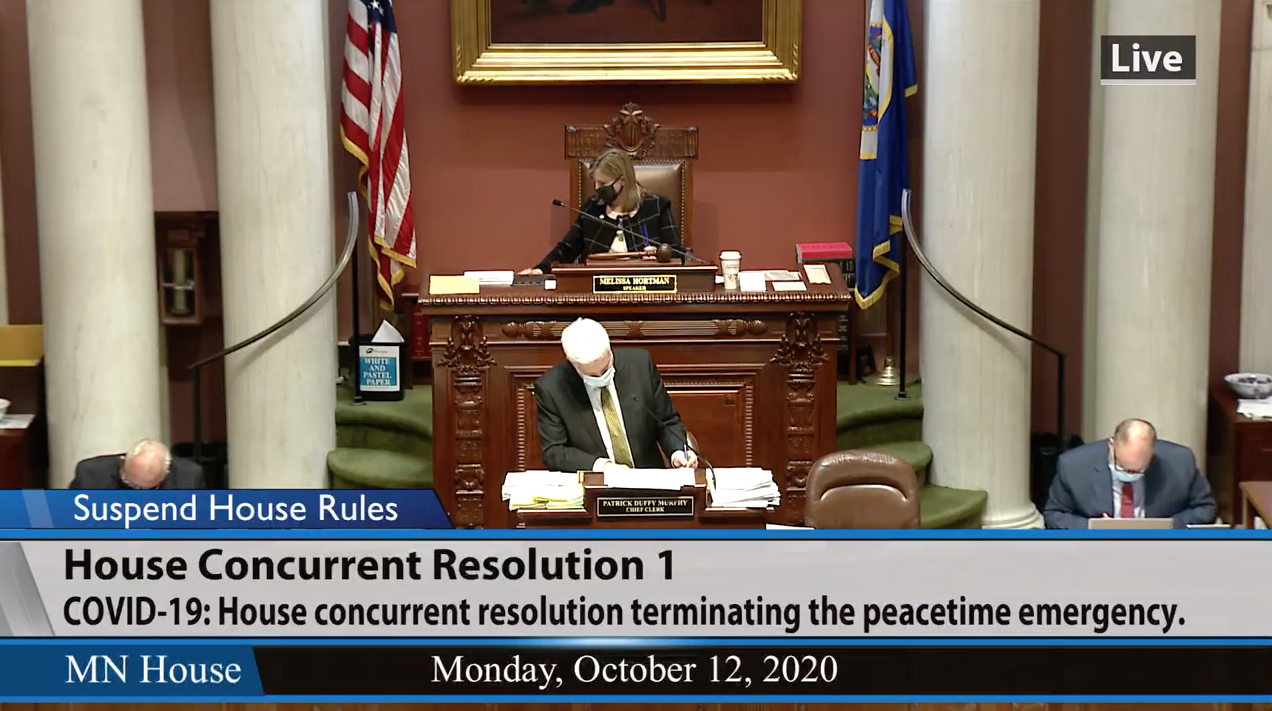 The Democrat controlled Minnesota House blocked a vote to End Walz' Emergency Powers today, with only five Democrats willing to suspend the rules to allow a debate on Walz' abuse of powers. The vote was 64 to 69.

Action 4 Liberty supporters have reached out to vulnerable Democrats across the state with personal stories of how Walz' unilateral powers have negatively impacted their lives. Democrats like Brad Tabke of Shakopee and Dan Wolgamott of St Cloud just ignored their concerns so they could protect their Party's governor.

With just three weeks until the election, Action 4 Liberty will be alerting voters in several swing districts about the votes. We will buying ads on multiple platforms, reaching tens of thousands of voters in each of these targeted districts. If you feel strongly about making politicians pay for their votes, please equip us with the resources we need.

The Democrats who voted with Republicans were Reps Marquardt, Pelowski, Lislegard, Sandstede & Sundin.