Democrats Clearly Do Not Support Democracy

The idea that the Democrat Party supports democracy at this point is a far stretch. Which is bizarre considering the Party's name comes from the word: democratic. But the party's elite and grassroots appear unified that Governor Walz should have the unilateral power to force people to stay in their homes and businesses to close their doors. All of this while the legislative branch is still in session.

We came across an online petition for people to show their support for Walz. "We are so thankful for everything he's doing to protect Minnesotans" the petition states. 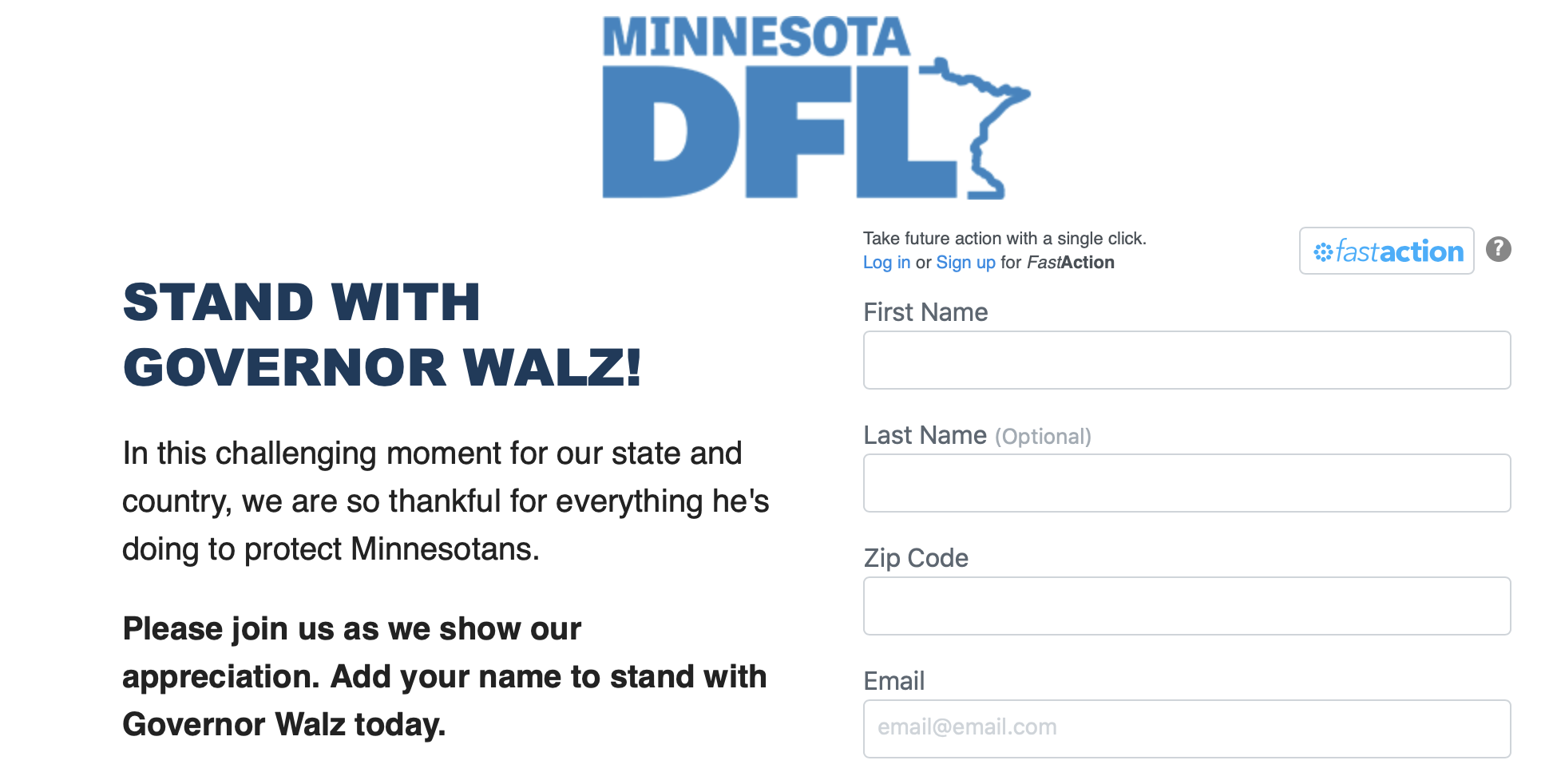 Everything? What about the fact he's taken over the legislative process and trampled on our Bill or Rights?

If democracy is a form of government where the power is held by the people, than what the DFL is promoting is the antithesis of democracy. "The People" aren't able to weigh in on these matters. We're told to comply with Walz' unilateral orders or face penalty or jail time.

Minnesota's democratic form of government is a Republic with separation of powers among three different branches. Our Constitution clearly states that the law-making branch of government is the Legislature, which is still meeting on an irregular basis. Regardless of what people believe is the right course of action, why is the DFL not demanding the laws be written by the Legislature and signed by the Governor? Is democracy too inconvenient right now???

How long will this form of government they support last? Are we to believe that Governor Walz is just going to gladly relinquish his powers after months of operating in this fashion? Some "experts" are saying that the shutdown measures will need to be in place through the summer and maybe even into the fall.

Action 4 Liberty opposes the unilateral rule by Governor Walz and demand the Legislature takes back its power by stripping Walz' of his Emergency Powers. Sign the petition and tell your legislator to do what's right!