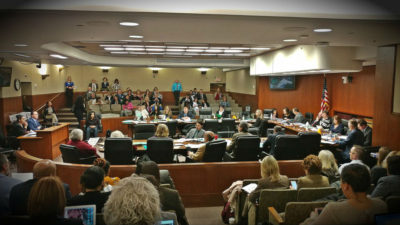 Making It Illegal to Lend Your Brother-in-Law a Firearm

What is proposed: Democrat legislators in the Minnesota House and Senate introduced two gun control bills. House File (HF) 8 is the Universal Background check that requires law-abiding gun owners to go through a background check when buying or transferring a firearm to a relative, friend or acquaintance. HF 9 (SF 436 in the Senate) is known as the Red Flags bill and it allows government to confiscate firearms from individuals without due process when someone alerts local law enforcement that the individual is “dangerous”.  The Red Flag law would violate our 2nd, 4th and 6th Amendment rights, making individuals “guilty until proven innocent”.

What are they trying to do:The intent of the universal background check bill is to create a gun registry of gun owners that would aid in the eventual confiscation of firearms when the mood of the nation turns against gun rights. Democrats seek to eventually ban “assault style” rifles and handguns. Many Democrats believe the government should confiscate these types of firearms.

Current status:The Democrats have control of the Minnesota House and likely have the votes for the bill in that chamber. They have a bigger challenge in the Senate where Republicans hold a slim majority and there is public opposition to the bill by rural DFL senators. However, two Republican Senators, Scott Jensen (Chaska) and Paul Anderson (Plymouth) have shown support for gun control bills in the past. The MN House will have a committee hearing on Wednesday, Feb 27th at 7 pm that will generate a lot of media attention.

What you can do: Political activism comes down to two things: give your time or give your money. We need gun owners to show up to the Public Safety Committee hearing on Wed, Feb 27that 7 pm in Capitol Rm 120. Democrats want to stack their people at the hearing so the media says “the people” demand gun control. Let’s stop them.

Can’t make it? Help us pay to get the message out to more gun owners. Contribute to Action 4 Liberty by visiting our Paypal Donate button. Let’s stack the hearing room with our people!