45% of Democrats Support Internment Camps for Unvaccinated, According to Poll

A poll released this month shows that 45% Democrats and 14% of Republicans support sending Americans to internment camps who refuse to get the experimental COVID vaccine. The question asks the respondents if they support "having federal or state governments require that citizens temporarily live in designated facilities or location if they refuse to get a COVD-19 vaccine."

Here's the cross tab for the question: 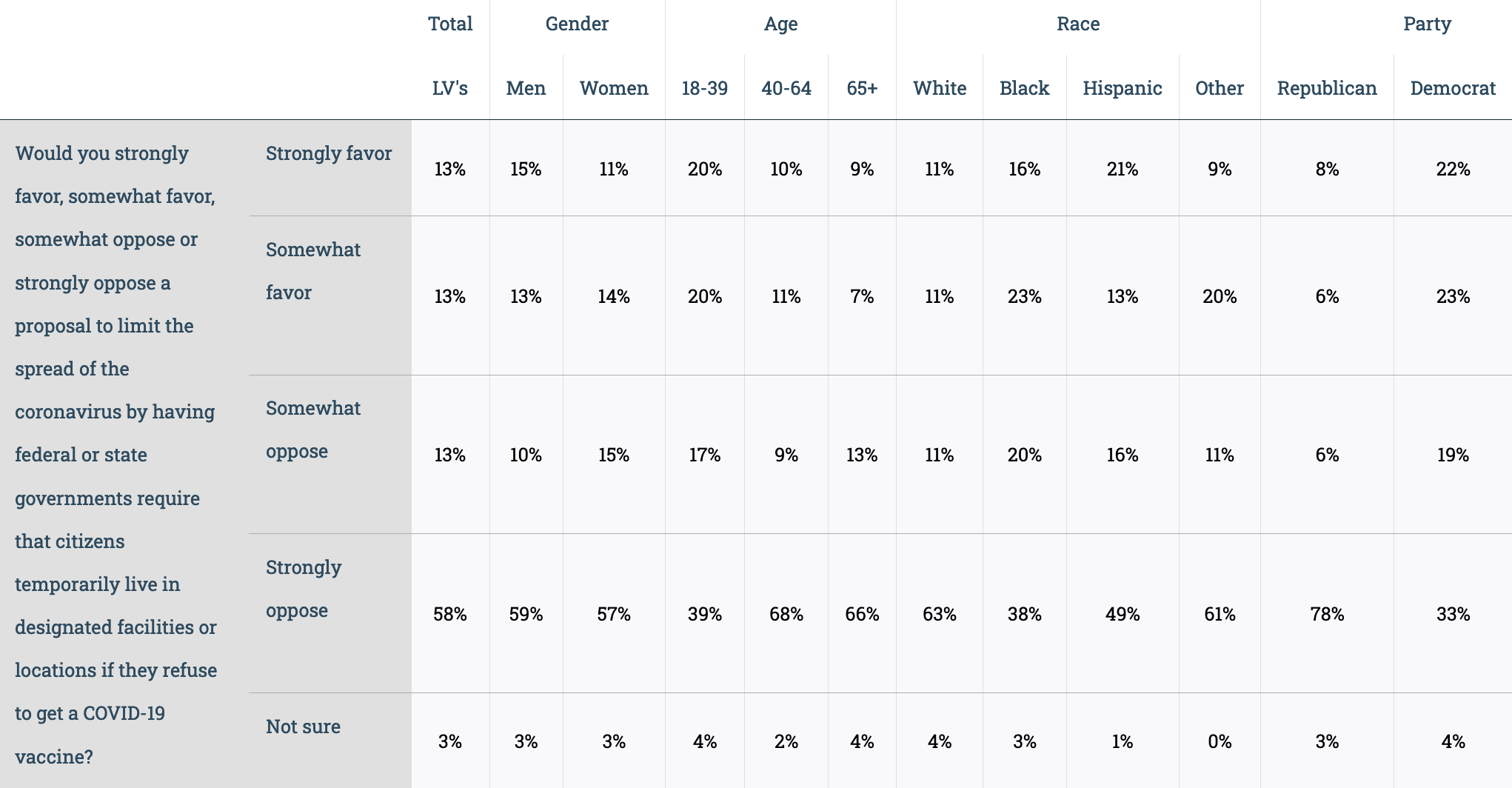 These people are absolutely nuts! Have we learned nothing from our country's history?

The DFL in Minnesota is requiring all Democrats in Minnesota to get vaccinated just to participate in the statewide precinct caucuses on February 1st. Several Democrats have reached out to us, complaining how the policy will disenfranchise their vote and say in the direction of the Party. Meanwhile, the DFL announced yesterday that illegal immigrants can participate in the precinct caucuses and become delegates to the DFL Party.

Democrat mayors, Jacob Frey of Minneapolis and Melvin Carter of St Paul, have both instituted a vaccine passport program in their cities. Open Table Reservations are currently down in Minneapolis by 65% from 2019. Crime, of course, adds to that problem on top of ridiculous COVID mandates. Frey appears to want to deliver the final death blow to small businesses in his city.

The vaccine mandate approach flies in the face of science and data. Israel has one of the most vaccinated populations in the world. The country is now promoting a fourth shot. However, Israel just experienced record daily infections of 65,259. A study posted on The Lancet shows that the mRNA vaccines are "weak" against the Omicron variant.

Want to STOP vaccine mandates and ensure we don't open up internment camps?! Watch this video to see what you can do NOW!