Democrats We Targeted Are Retiring in Droves 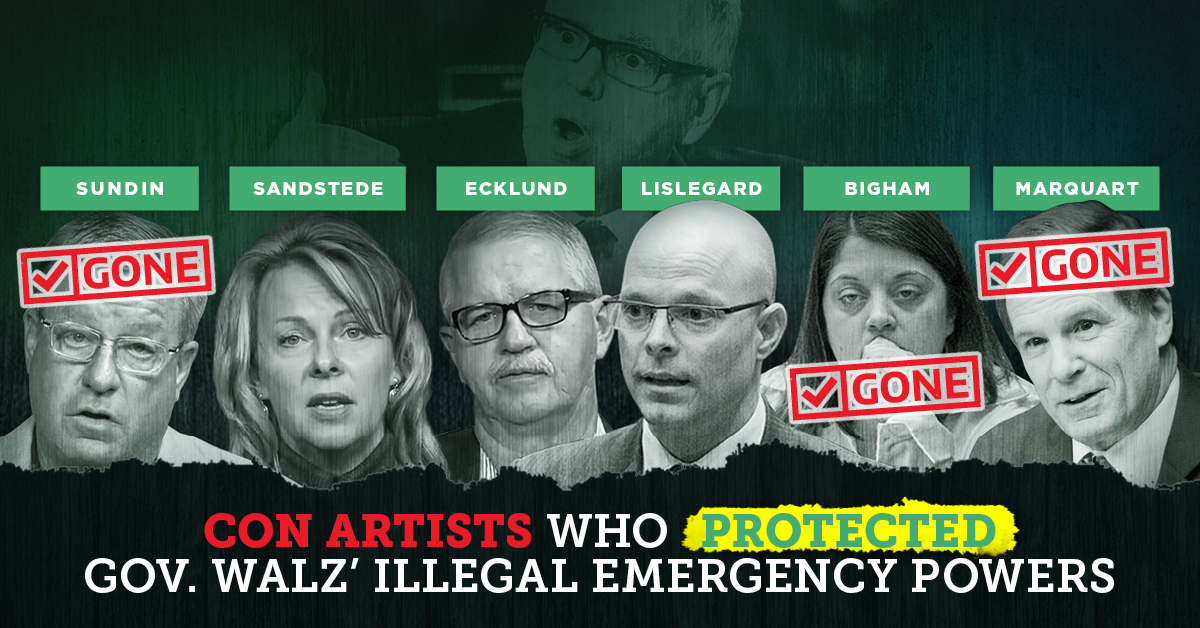 The writing on the wall is crystal clear - the Con Artist Democrats who protected Governor Walz' Emergency Powers have dark days ahead.

I'm happy to report that a third Democrat we targeted last year has announced a sudden retirement. That makes 3 already - and it's only March 3rd!!!

Mike Sundin, Paul Marquart and Karla Bigham know that voters are angry with them for supporting wannabe Tyrant Governor Tim Walz. They were in big trouble.

We knocked on every voter's door in their districts, and I can assure you, their voters were on board with you and me. They don't like politicians who vote against their liberties.

Our large pressure campaign caused REAL PAIN for Democrat politicians. It's the reason that the DFL Party filed an erroneous campaign finance report against us - which we beat handedly.

However, when you talk to a RINO legislator, they'll accuse us of "only attacking Republicans." Remember - politicians lie!

Which is why in reality, the people the Democrats fear the most is you, me and the hundreds of thousands of supporters of Action 4 Liberty. They know we don't compromise on our liberties and are willing to fight to protect them!

This is an election year, which means politicians will launch a full on assault on groups like ours. They want a smooth path to the thing they care about the most: their re-election.

I promise to make things extremely rocky, turbulent and painful for them this year. You can see many of them are already quitting because they know we aren't going away.

WE WILL NEVER QUIT!

Democrats are desperately scrambling to change the narrative now that mandates are extremely unpopular. Have you noticed this?

In fact, Joe Biden is using the Russia-Ukraine war propaganda to steer our attention away from the massive infringements on our rights. Just the other night at the State of the Union Address, masks came off. Poof --- Science! 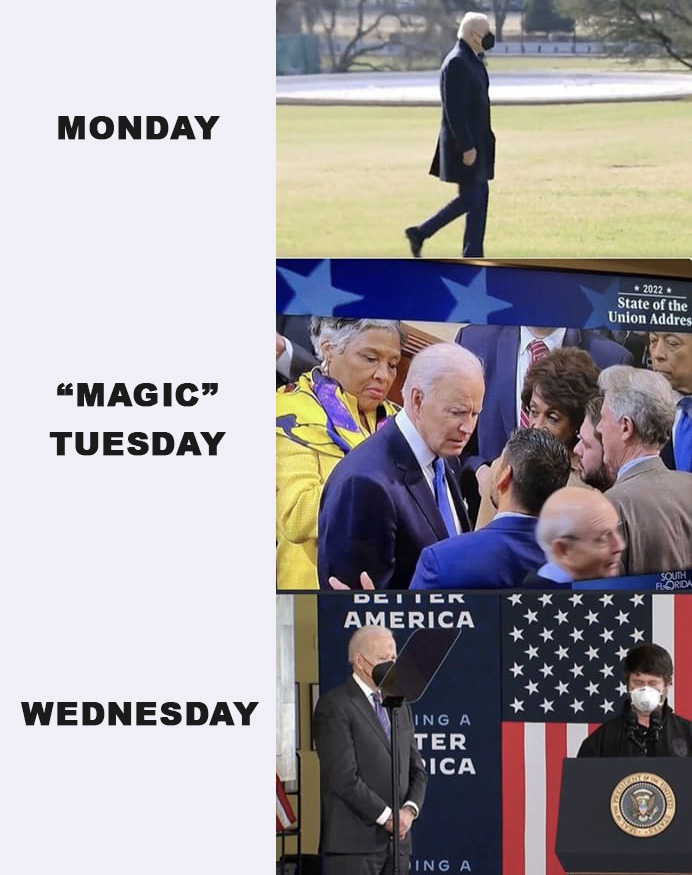 Even an infectious disease expert used by the Biden Administration recently stated that "cloth masks don't work" on the Joe Rogan podcast.

You see, the Democrats were on the wrong side of history and they know it. So they are trying to do what they can to pivot.

But we won't let them pivot on the truth. We'll inform their voters of what they did to Minnesotans' liberties in the name of "fighting COVID." That's our promise to you!