DFL House Speaker Melissa Hortman told the Minnesota Reformer that her caucus will look to spend $500 Million of the budget surplus on early childhood development to include an "expansion of the Child Care Assistance Program, the troubled CCAP program that got a bad audit last year."

A "bad audit" doesn't even scratch the surface. The CCAP program made news a year ago when a Fox 9 investigation revealed that $100 Million of taxpayer money a year is being fraudulently used by child care centers and sent as cash overseas to Somalia. The Legislative Auditor found systemic issues with how the Dept of Human Services monitored the program, but his jurisdiction did not allow him to trace the stolen money past the state of Minnesota.

Last year, the DFL House and Republican Senate fully funded the fraudulent child care program by voting for a thousand page Health & Human Services Omnibus bill at 5 am in the morning on Memorial Day weekend. Apparently that funding wasn't enough for Speaker Hortman.

On Monday, the Campaign Finance Board released the annual reports of political committees in the state of Minnesota and we found several child care providers who donated to the DFL House Caucus' committee. 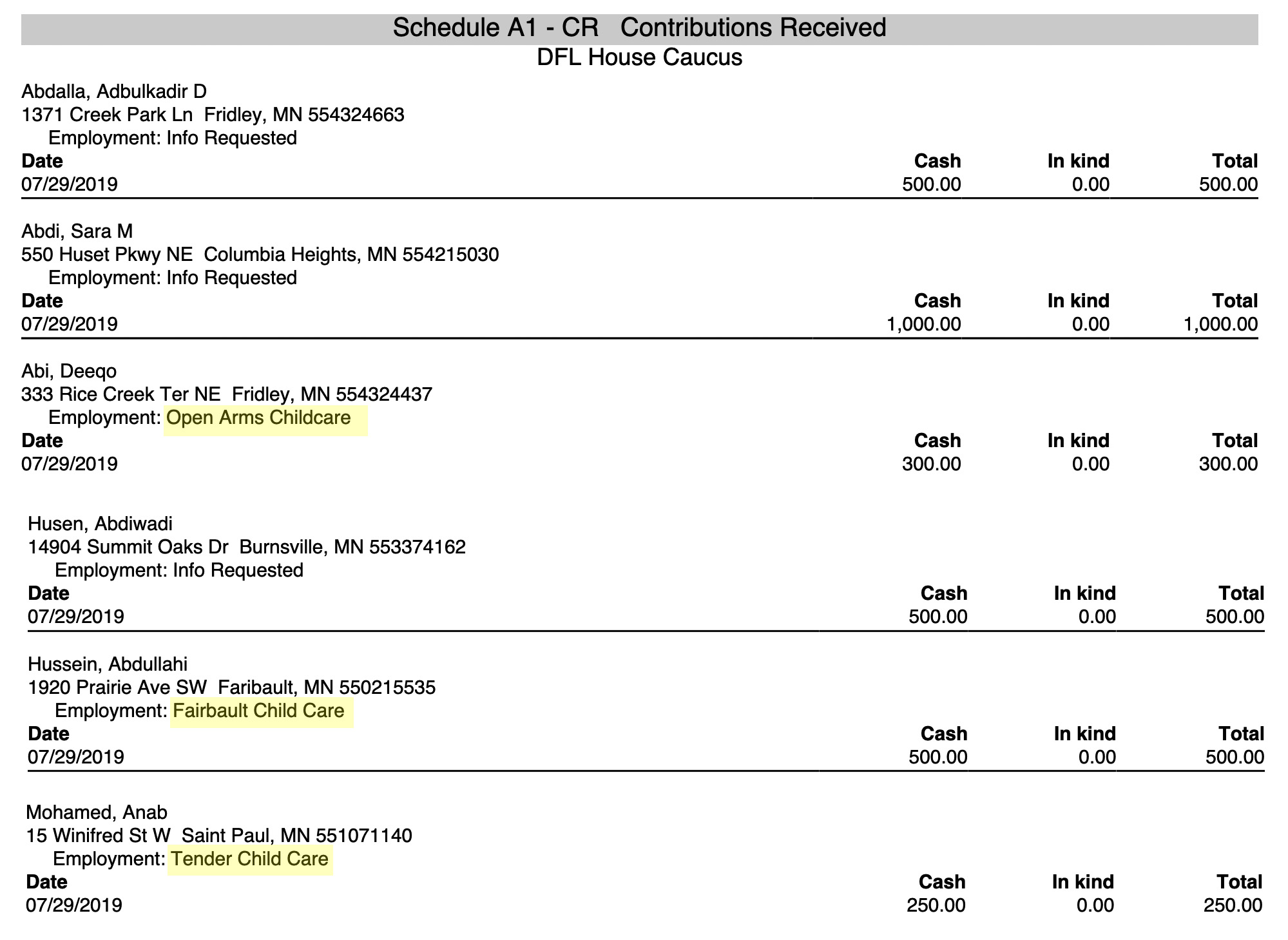 Action 4 Liberty calls on the legislature to end the fraudulent child care program. When half a program is going to fraud, it can't be saved. Plus, government should not be paying for people's child care in the first place.