A debate has emerged inside the ranks of Republicans across the state as a new group called MN Right to Life started in Minnesota alleging that Republicans in St Paul have been funding planned parenthood with taxpayer dollars. Meanwhile, the Republicans targeted by them tout their pro-life credentials and their endorsements from MCCL.

Is it true that Republicans are funding Planned Parenthood?

Action 4 Liberty has long protested the use of unconstitutional, multi-subject Omnibus bills which generally get passed in the final hours of the legislative session, are negotiated behind closed doors and no one reads before voting for their passage. The largest of the omnibus bills is the Health & Human Services Omnibus bill (HHS).

The HHS Omnibus bills that pass every two years that fund things like the fraudulent child care program, welfare programs, and government health care programs contain a program called Medical Assistance. Women use the Medical Assistance program, funded by taxpayers, to pay for services they receive at Planned Parenthood - a hyper-leftist organization and largest abortion provider in Minnesota.

When confronted with voting for this line of funding, Republican legislators proclaim that the courts won't allow them to strip the funding. But courts have no power when it comes to appropriating money. That power is solely reserved for the legislature. On a website created by the Minnesota Senate Republicans, they admit that funding for Planned Parenthood did come from passing a bill they vote for. 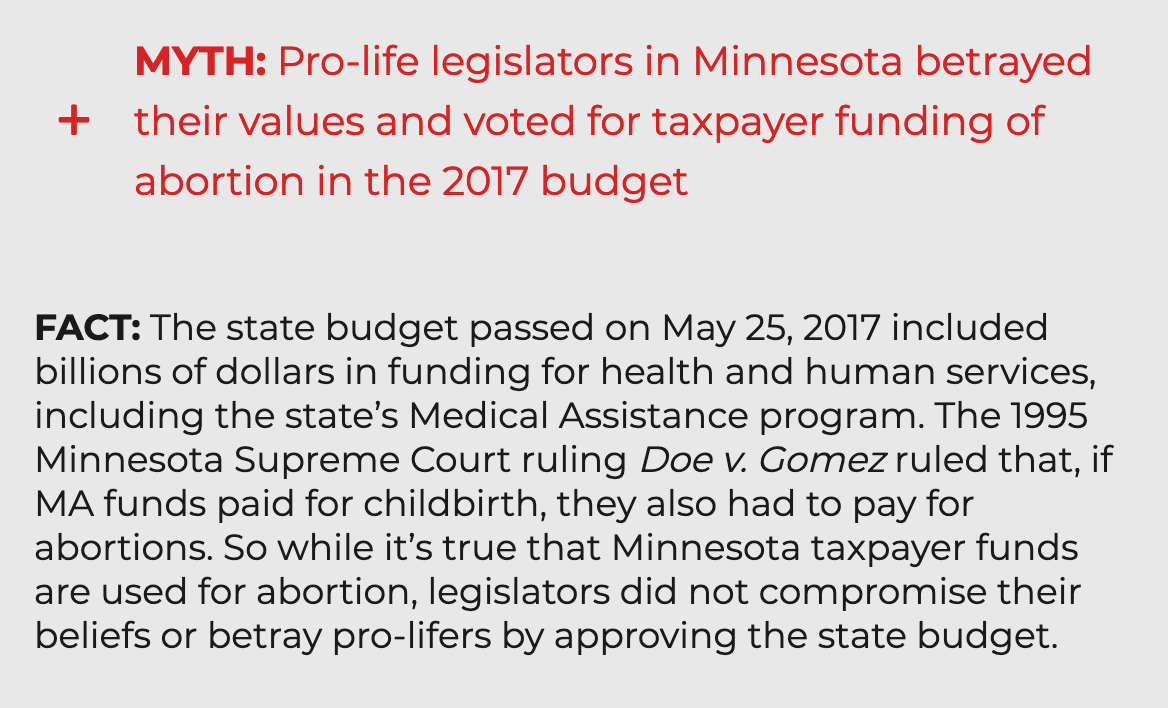 Regardless, each individual legislator is responsible for his or her vote. They are accomplices in this broken process where all sorts of terrible things are funded in one giant omnibus bill.

Last May, the HHS Omnibus bill was passed at 5 am in the morning during a marathon special session on Memorial Day weekend (because they didn't get their work done on time). While most Minnesotans were starting their big weekend at the lake, legislators were passing awful bills that provide abortion funding. All 35 Republican Senators and 32 DFL Senators voted for the bill.

In the case of the Minnesota House, Republicans stood in large opposition to the HHS Omnibus bill. Were they acting as courageous defenders of life and exercising fiscal restraint? Not likely, considering many of the same Republicans vote for the HHS Omnibus bill (SF2) and abortion funding two years before when they were in the majority. 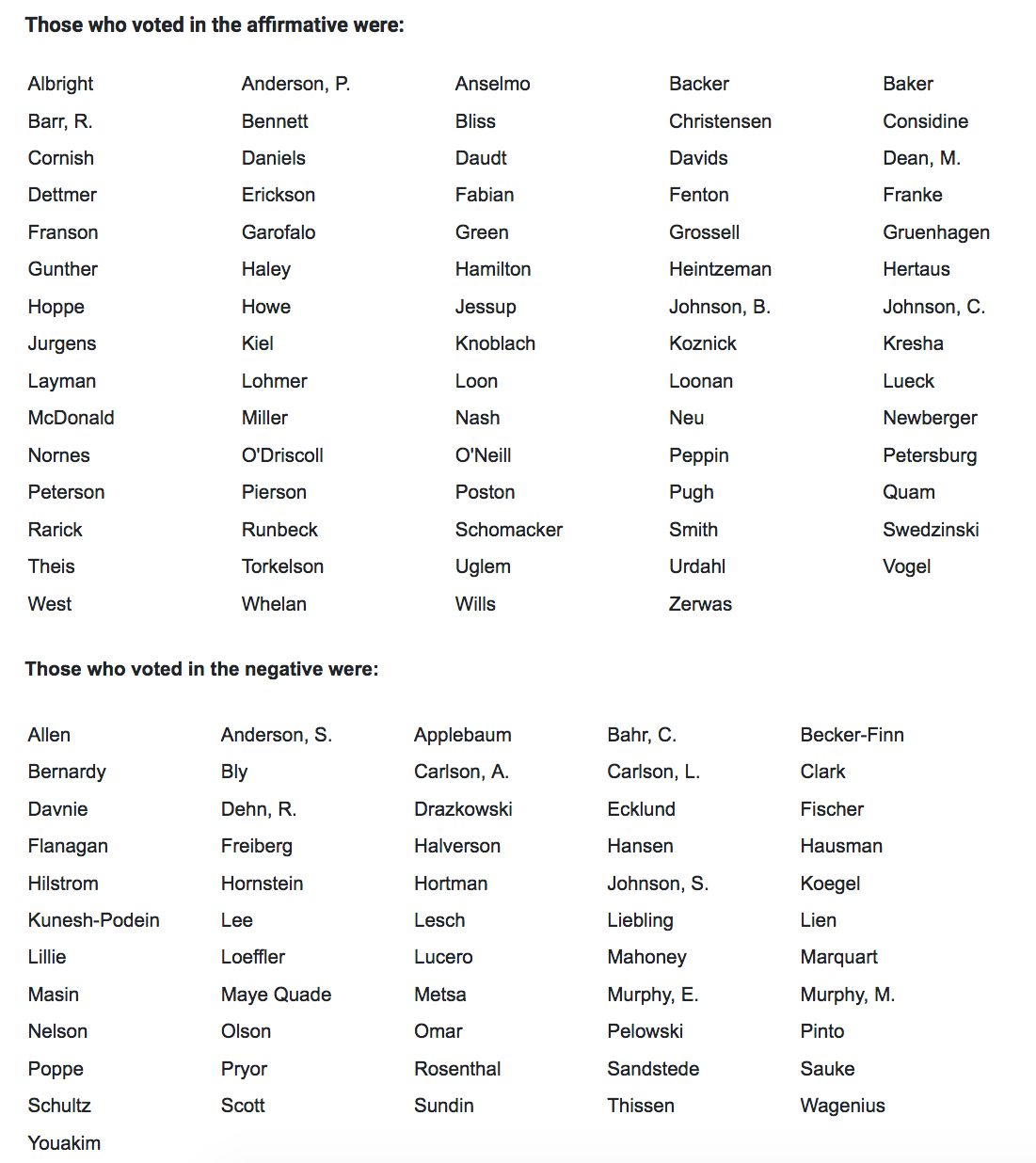 Action 4 Liberty believes that the practice of passing multi-subject Omnibus bills that violate the Minnesota Constitution should be stopped by Republicans. The HHS Omnibus bill should be split into several smaller bills and the Medical Assistance program should carry a provision that makes it illegal for taxpayer money to go to the hyper-leftist, abortion provider Planned Parenthood. If that vote gets challenged in courts, Republicans should stand firm because the Legislature, not the courts, has the power of the purse. What more important battle is there for the pro-life community than this?