Politicians care about one thing: getting elected. And of course, once that happens, their focus is re-election and election to higher office. You and I know that they will do and say anything to get elected.

So in order to get re-elected, politicians avoid taking controversial positions since those issues are likely to anger a faction of the electorate - even though those positions might help you by protecting your freedom.

It's our job to make sure politicians protect our freedom even if it's controversial, otherwise we will wake up in a country we no longer recognize.

But when you force them to take action, that’s when the dirty tricks are played.

You see, over a month ago, we teamed up with Rep Erik Mortensen and a bunch of healthcare workers to craft the Stop Vaccine Mandates legislationwhich will be used as an amendment on the $250 Million Frontline Workers Pay bill during the upcoming Special Session.

We created a pledge so politicians, starting with Republicans (who are supposed to be on our side for freedom) could sign and show that they support stopping vaccine mandates.

But they all refused, hoping we wouldn’t turn up the heat.

Then Joe Biden doubled down and illegally used the federal government to mandate vaccines. That made Rep Mortensen’s Stop Vaccine Mandates Amendment even more important, since it nullifies Biden’s orders.

Our team started hitting the phones a couple weeks ago, thanks to your support, and we’ve contacted tens of thousands of voters across Minnesota about this important issue.

So politicians started scrambling, trying to figure out what to do to respond to this growing movement demanding action.

Instead of locking arms with healthcare workers to save their jobs with the Stop Vaccine Mandates Amendment; they instead decided to run a cover bill that doesn't even do what it claims.

And they found a surprising ally to write their bill in an attempt to derail our movement: Dr Scott Jensen.

You heard that right, Jensen teamed up with politicians in St Paul to distract people’s attention from our critical piece of legislation we’ve been pushing for the last month for the upcoming Special Session.

They are trying to undermine the work and money you put into DEMANDING your legislators pass the Stop Vaccine Mandates Amendment.

Of course, Jensen copied a lot of what Mortensen’s bill already had in it, but stopped short of actually nullifying Biden’s illegal orders. 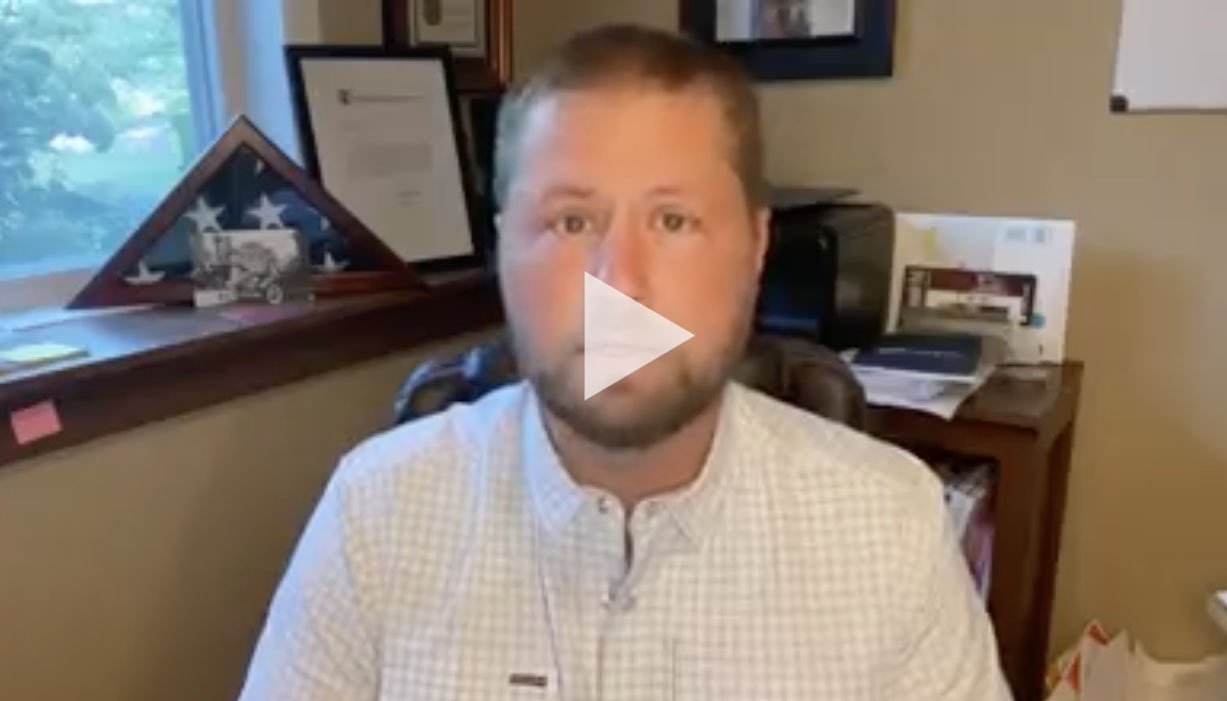 What Jensen and politicians in St Paul are doing is giving voters the impression that they are going to do something about the issue.

They will all say now that they won't sign the pledge because they are supporting the "Health Freedom Sanctuary State" bill written by Scott Jensen. But just crafting legislation isn't enough - we must DEMAND action.

That's why Rep Mortensen's Amendment and our pledge is key. Politicians have to take the hard position of not voting for their beloved $250 Million bill unless it has the Stop Vaccine Mandates Amendment attached to it.

And we just learned that politicians in St Paul are close to an agreement on the $250 Million bill. The Special Session is right around the corner!

Jensen's gang of Career Politicians in St Paul will tout they have an incredible bill, then will let it die, pass the $250 Million spending bill, blame everything on Democrats, then tell you to vote for them in November of 2022.

Ever seen this trick before? I sure have. Don't let them get away with it!!!

We would've loved to have Jensen join our efforts, but it appears he valued a quick political win and helping out his politician buddies more than winning this important issue.

Even worse, he wrote the bill and had RINO legislators like Jim Abeler author it, someone who has refused to sign the Stop Vaccine Mandates pledge. Abeler even admitted his close friendship with Dept of Health Commissioner Jan Malcolm, the person behind the attacks on our beloved small businesses. Abeler is the reason Malcolm was never fired! 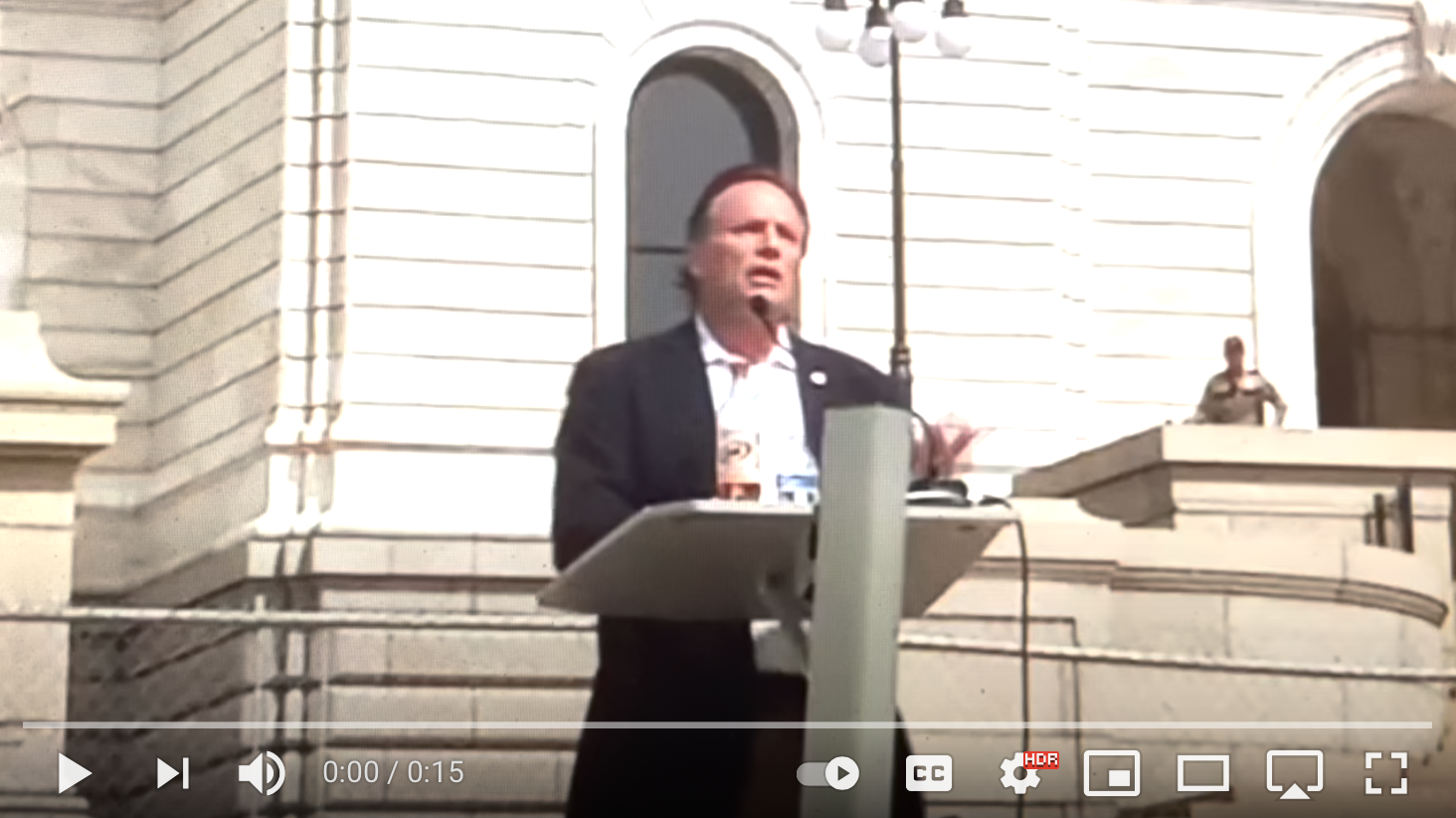 Some of you probably already knew Jensen was a RINO politician who refuses to sign the Never Again Pledge, has a terrible 23% lifetime rating on our Scorecard, and refused to make a motion on the End Walz' Emergency Powers resolution during the May 2020 lockdown.

But others are probably upset to hear about this. After all, Jensen talks a good game about COVID. But he is a politician and remember the first part of this email...

Politicians care about one thing: getting elected.

That's the sad reality of politics. But we refuse to quit or allow this issue to be derailed by politicians.

You and I have been here before with politicians playing games.

Politicians tried to derail us for over a year on the effort to End Walz' Emergency Powers. From the Republicans not allowing votes, to Democrats flip flopping once their vote actually counted, to leadership jumping the line to block Mortensen's resolutions.

But we WON in the end because they can't stop 'We The People'.

This battle is no different.

We MUST DEMAND that our state representatives and state senators do not agree to pass the $250 Million Frontline Workers Pay bill unless it includes the Rep Erik Mortensen's Stop Vaccine Mandates Amendmentwith it.

This is the best shot we have at NULLIFYING BIDEN'S ORDERS!!!

Rep Erik Mortensen's Stop Vaccine Mandates Amendment would make Biden's order unenforceable in Minnesota. We MUST get this passed!

Just as we were able to win on ending the emergency in June (otherwise we'd have a lockdown and mask mandates now), we have to let our legislators know we will accept nothing less than the Stop Vaccine Mandates Amendment.

And if you see Scott Jensen on the campaign trail, tell him to apologize for choosing to help a bunch of career politicians instead of joining you and the masses of healthcare workers, activists and voters who are trying to pass the Stop Vaccine Mandates Amendment!

Make sure to visit action4liberty.com every day as we keep you updated on this battle.