Rep Erik Mortensen (Mort) ran on a platform of going to the Capitol to do some "swamp crushing". And by all accounts, he's kept his campaign promise by authoring countless pieces of legislation that shrinks government and by regularly calling out legislators who promote the broken system in St Paul. Mort is the chief author of the Never Again Bill, the Second Amendment Preservation Act, and the Governor Walz Articles of Impeachment. He stands out in St Paul as the most pro-liberty legislator at the Capitol.

But Mort doesn't only author great pieces of legislation, he also exposes the corruption. Recently, Mort posted a video showing how Republican and Democrat legislators refused to give a roll call vote on Action 4 Liberty's signature piece of legislation, the Never Again Bill - calling Republicans who sat on the House floor and refused to give the 15 needed hands for a record vote, "traitors". 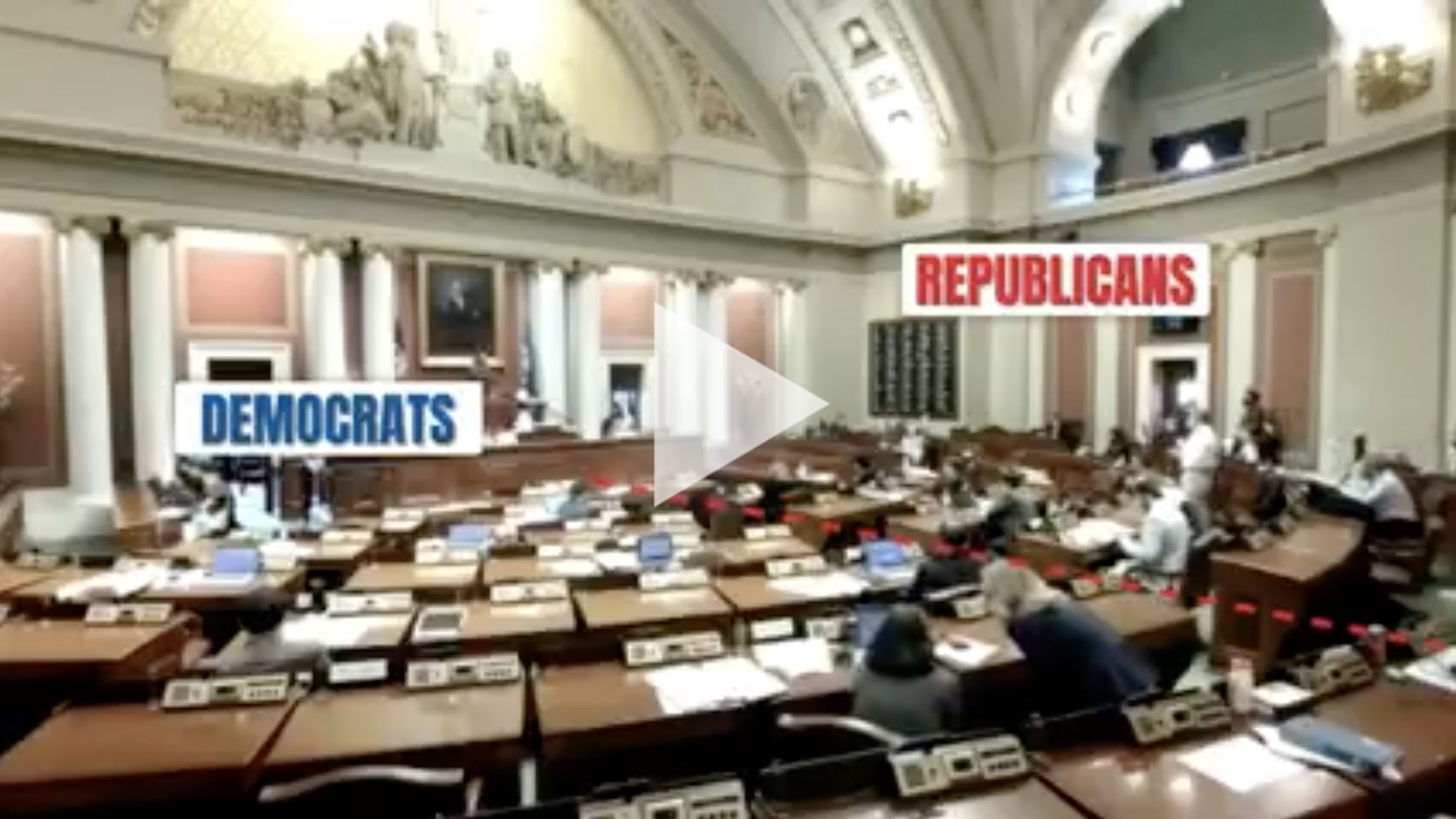 It's that action that led New House Republican Caucus Manager, Rep Steve Drazkowski, to turn on Mort and kick him out of their small caucus. We spoke to Drazkowski about the decision and he was concerned about the deteriorating relationships with the members of what they often refer to as the "Swampy Caucus" due to Mort. A handful of legislators from the other caucus met with the New House Caucus members over a week ago, without Mort being allowed to speak on his own behalf.

The New House Republican Caucus broke off from Daudt's caucus, the "Swampy Caucus", two years ago. Four legislators (Reps Drazkowski, Munson, Bahr & Miller) officially left, citing Daudt's toxic leadership as the reason. Despite recruitment efforts to get legislators like Eric Lucero and Shane Mekeland to join them, they were unable to grow their caucus until Erik Mortensen got elected in 2020. Draz appears to be taking lessons from Kurt Daudt on how to lose members. The New House Republican Caucus just shrunk by 20% today.

Interestingly, news of Mort's departure was known in the Republican establishment and Democrat ranks well before it officially happened. Drazkowski's move gave Mort's Democrat opponent fuel for an attack last night on Twitter, well before he officially kicked him out of the caucus. It appears Drazkowski and team care more about relationships with the political class than they do in standing behind the best member of their caucus.

Here's Drazkowski's letter to the Speaker of the House, which was sent May 18th in the early afternoon: 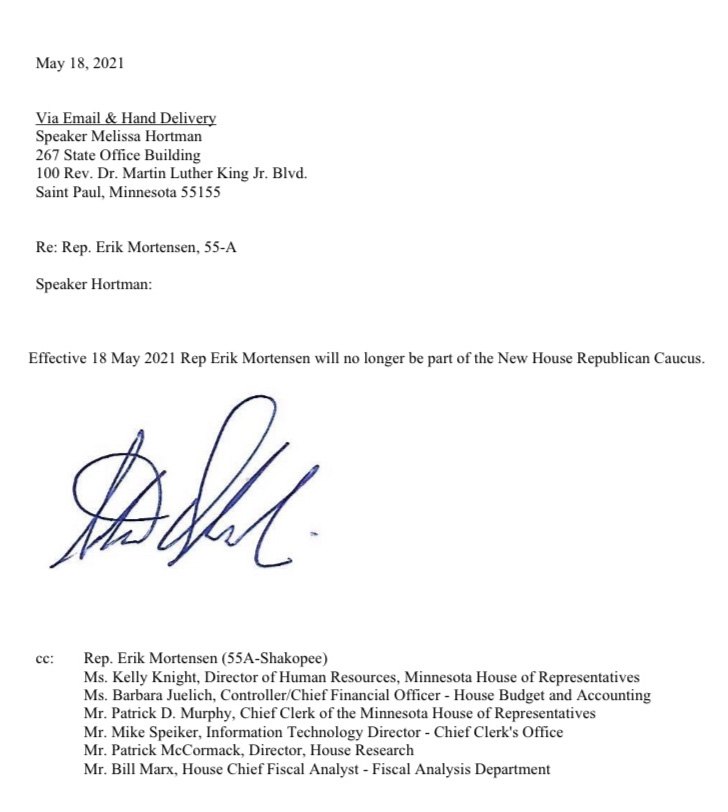 The New House Republican Caucus has shown their true colors today and will remain irrelevant in the grand political movement to restore liberty. Mort is the future and the champion that grassroots conservatives in Minnesota want leading the fight in St Paul. We stand with Mort.

Voice your disapproval of kicking Mortensen out of the caucus by contacting the New House Republican Caucus members: