Emails Reveal Walz Was Not Following the Science on Youth Masking

Emails obtained by the Minnesota Senate from a data request show that staff in the Governor Walz Administration made a political move not led by science when issuing the youth athlete mask mandate. One email stated "there isn't much" evidence when the team tried to match Walz' mandate with science.

In turns out, at one point, the Walz Administration recognized the political realities and how that interfaced with Walz' orders. Alpha News reports that an email read "The election, particularly the loss of six DFL seats in the House, was in part a referendum on our guidance and sports was part of that,” said Laura Oliven, who identifies herself in emails as a member of the “COVID-19 Response.” 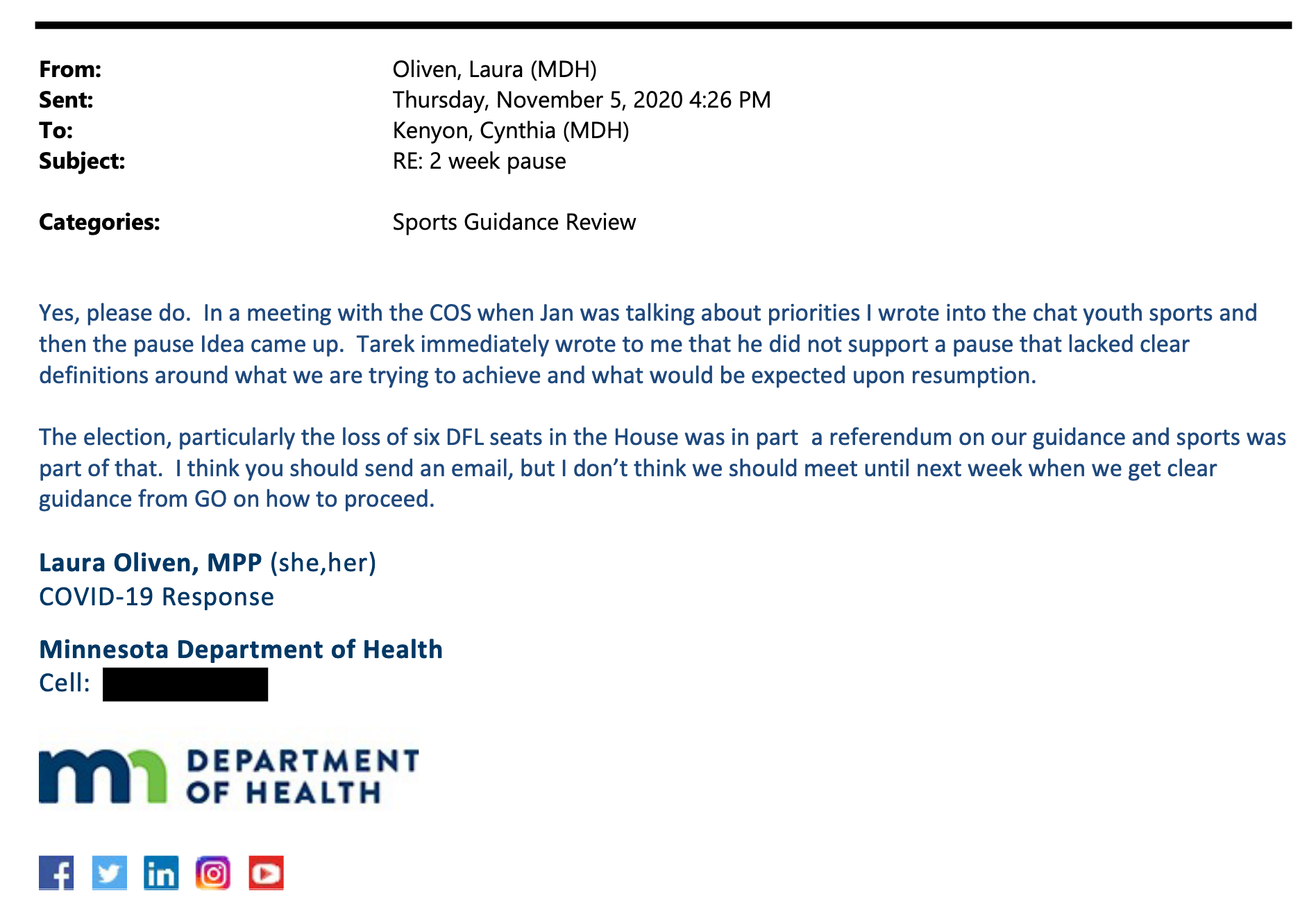 Senate Republicans have done a fine job uncovering this information, but what are they planning to do with it. The Legislature only meets for another 3 weeks and so far, Senate Republican Majority Leader Paul Gazelka, REFUSES to pledge to not vote for Walz' Budget until his Emergency Powers are terminated and the Never Again Bill is passed.

Action 4 Liberty remains committed to bringing the pressure against politicians of both parties who won't do the necessary work to End Walz' Emergency Powers once and for all.