According to their website, HeightsNEXT is the local organizer behind the infamous global warming protests that were the brainchild of 15-year old Greta Thunberg. One of their big initiatives is green energy in the Columbia Heights area.

The image shows a signed resolution by Gazelka that states "the Senate of the State of Minnesota congratulates and honors HeightsNEXT for their service in initiating and leading the creation of the first PRIDE Festival in Columbia Heights." 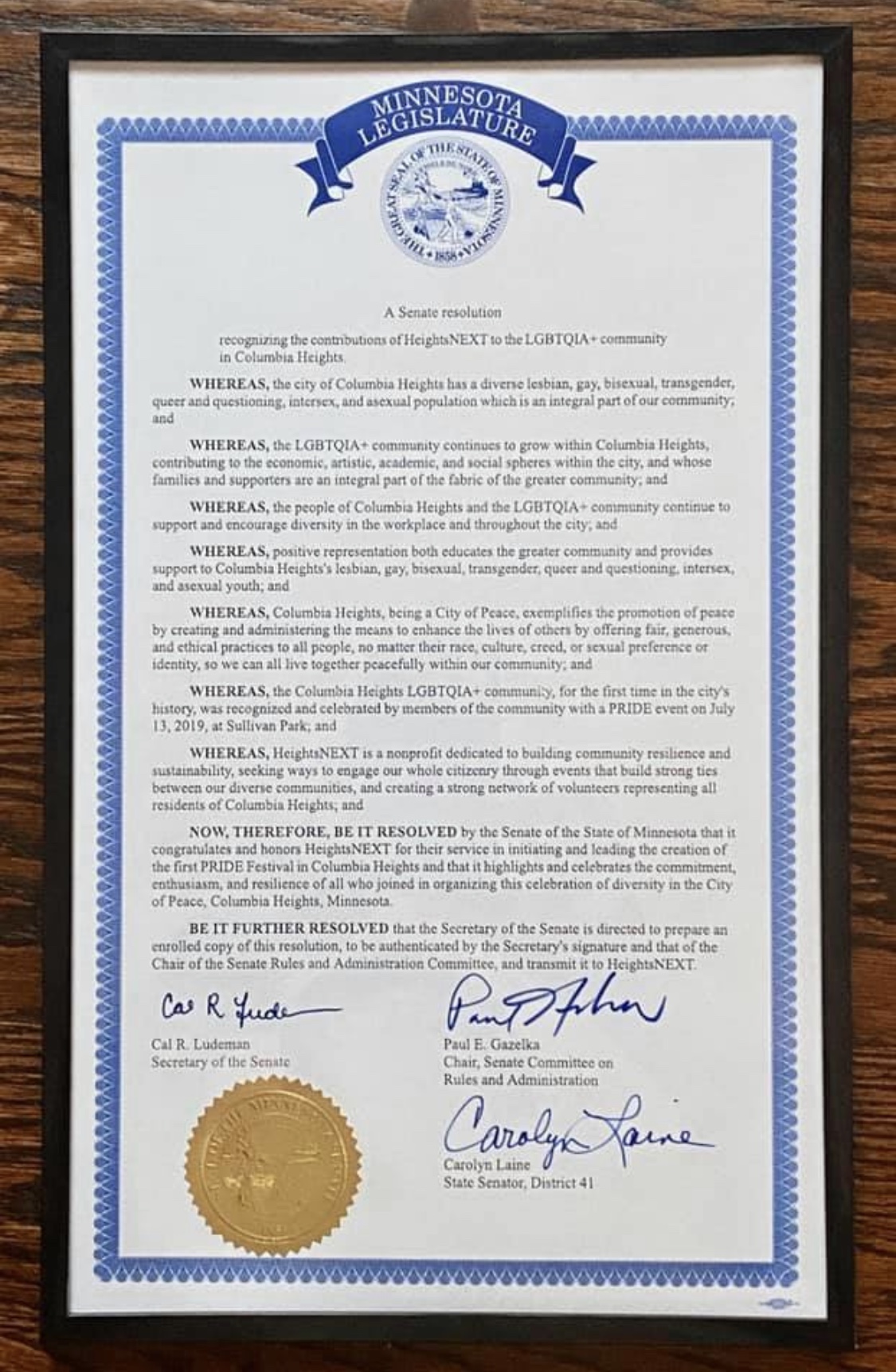 Here's the question, while Paul Gazelka is busy recognizing far left organizations, where is his recognition of the 2.4 million Minnesota taxpayers who have been massively overtaxed by the state. Where's the resolution stating that the Senate of the State of Minnesota recognizes $3 Billion was overcollected and will be returned to the taxpayers immediately? In fact, where's the bill that directs the state to refund that money?

With a resolution like this, Gazelka's name is being used to promote and advance the identity politics strategy commonly employed by the left which has led to civil disruption in our country and state. People should be judged by their own merits and character, not by their sexual orientation or group identity.