Senate Republican Majority Leader Paul Gazelka held a lackluster press conference this afternoon where he listed the top priorities for Republicans in the budget negotiations. Absent from the list was the Never Again Bill that would eliminate Governor Walz' Unilateral Emergency Powers. In fact, Senate Republicans priorities don't actually include removing Walz' powers.

Instead, Gazelka stated that the Senate caucus wanted certain Emergency Executive Orders repealed such as the eviction moratorium and restrictions on businesses. However, once the a budget is voted in and the legislature adjourns, nothing would stop Governor Walz from reissuing the same exact orders.

The Never Again Bill would change that because it changes state law so that the Governor would no longer have the ability to declare an emergency by himself. It's quite clear at this point, that we are no longer in a state of an emergency. So why on earth would Governor Walz get to keep these powers that he has abused many times over the past 14 months? This is a massive sellout by Gazelka and Senate Republicans.

Gazelka and team failed to put the Never Again Bill in their list of priorities, but they did put another round of bailouts for the Health Insurance companies in it (called Reinsurance). That plan takes your tax dollars and gives it to insurance companies on claims over $50,000. So much for the Party of free markets. It's a plan that has also been endorsed by far left Senator Amy Klobuchar. 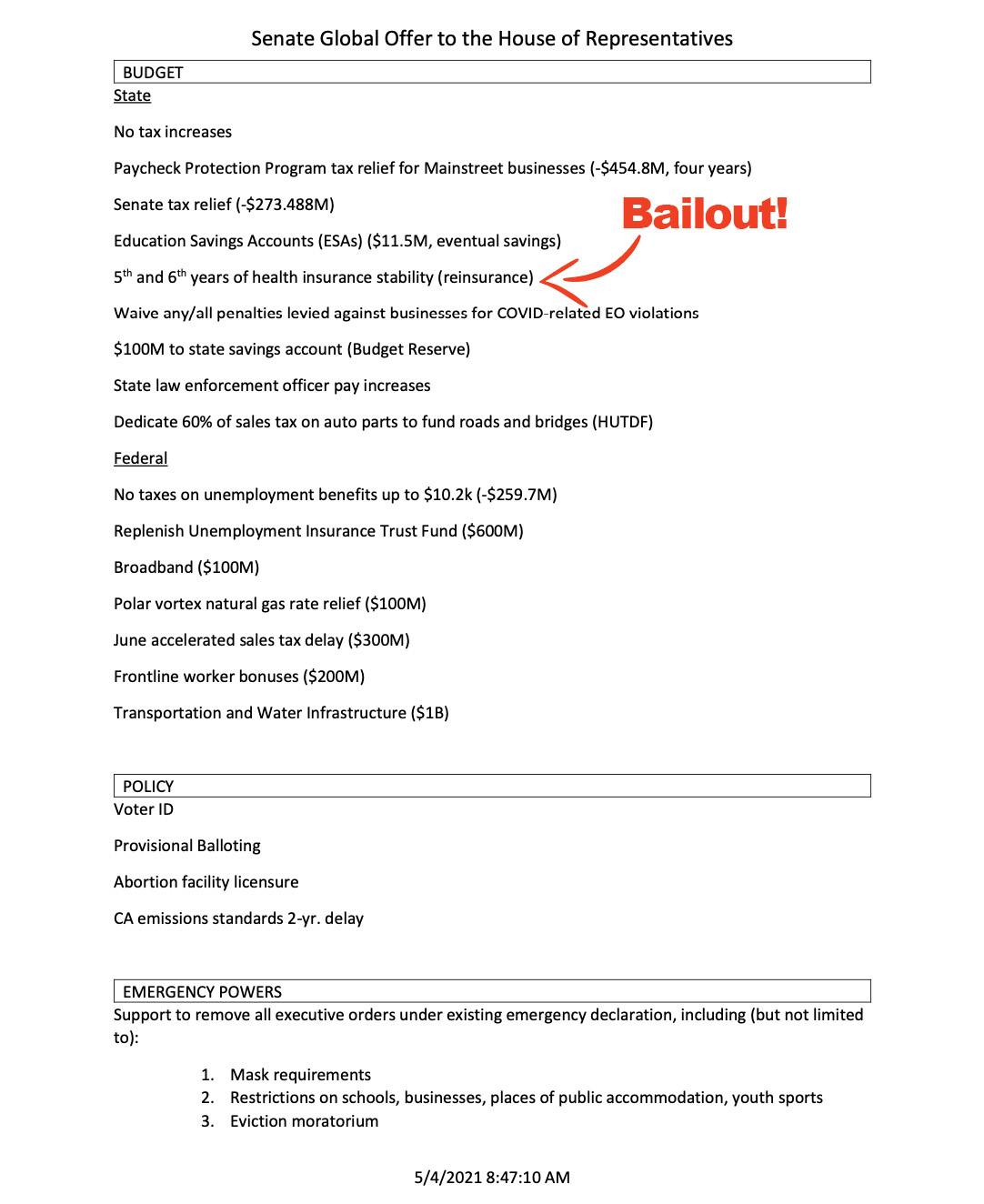 Paul Gazelka is selling us out! Don't let him cut a final deal with Democrats unless the Never Again Bill is passed. This is the only way to ensure that Walz' Emergency Powers are terminated!