A new candidate entered the race for Governor to oust Tim Walz today. His name is Mike Marti. He's a business owner, husband, father and comes from Greater Minnesota (Rocks and Cows territory according to Walz). Most importantly, Mike just signed the Never Again Pledge today pledging to the people of Minnesota to make passing the Never Again Bill his top priority and calling upon the Legislature to not pass a budget until it is passed into law! 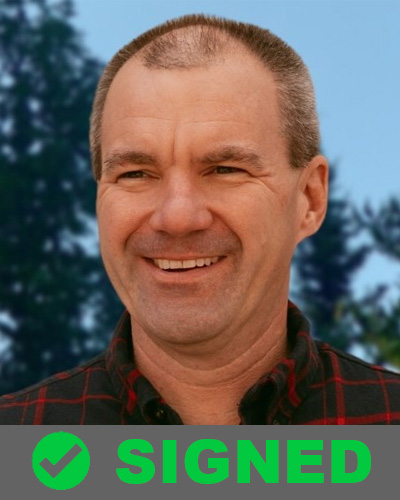 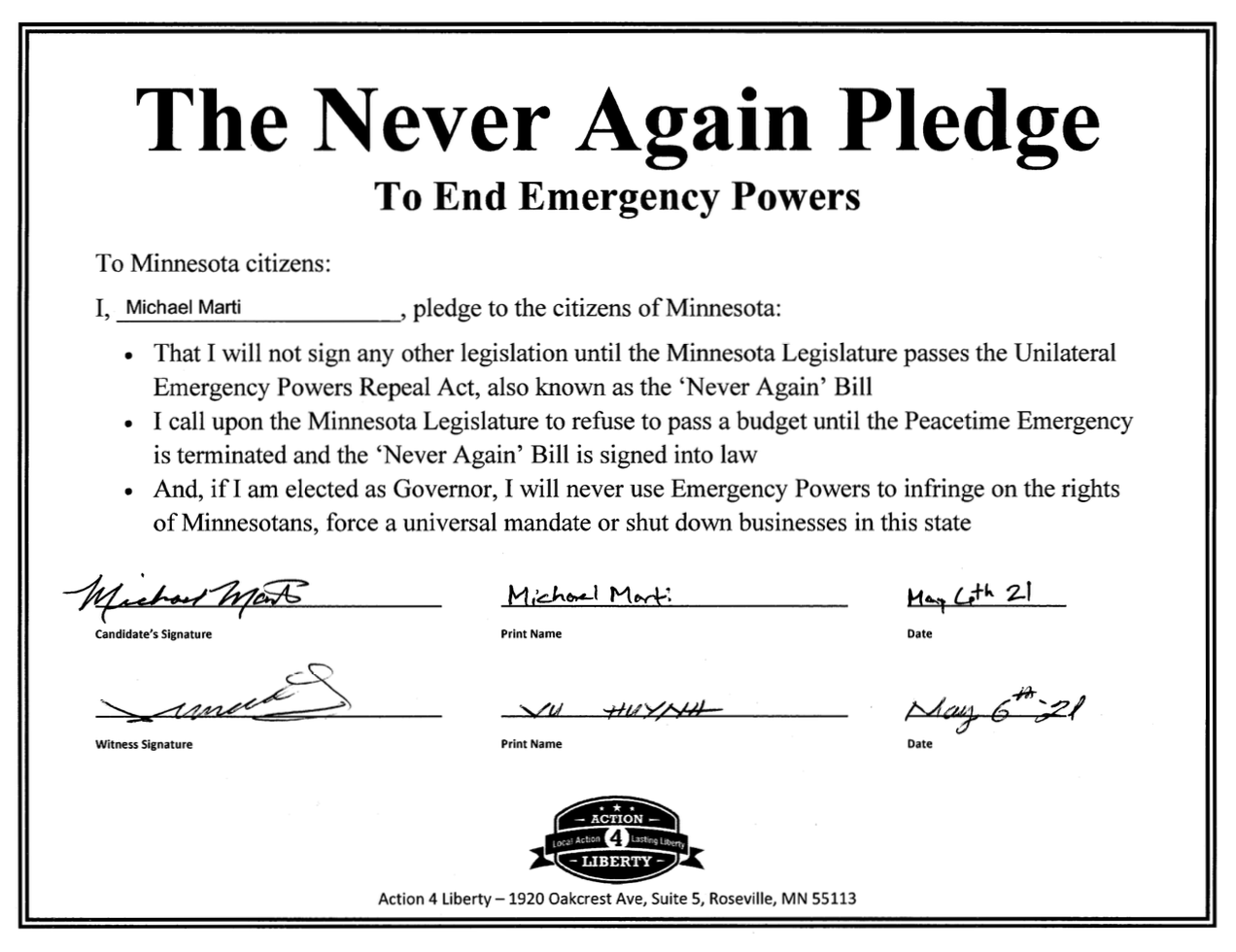