Posted by Jake Duesenberg 225sc on March 25, 2021 · Add your reaction
We have some great news. There's at least one candidate running for Governor of Minnesota who just signed the Never Again Pledge.

It's great to have a candidate show the courage to stand up and do what's right and what is needed.

Mike Murphy is a former law enforcement officer, the mayor of Lexington and a small business owner. We've had a couple conversations on the phone over the past few days where I had the pleasure of sharing with him your stories and how important this issue is to you.

One of the two Republican candidates for Governor of Minnesota have signed the Never Again Pledge! You can thank Mike by emailing him at [email protected] 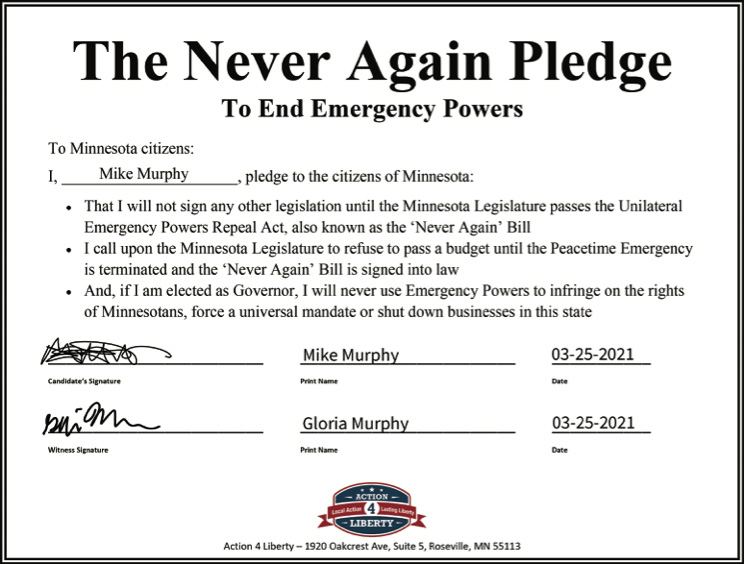