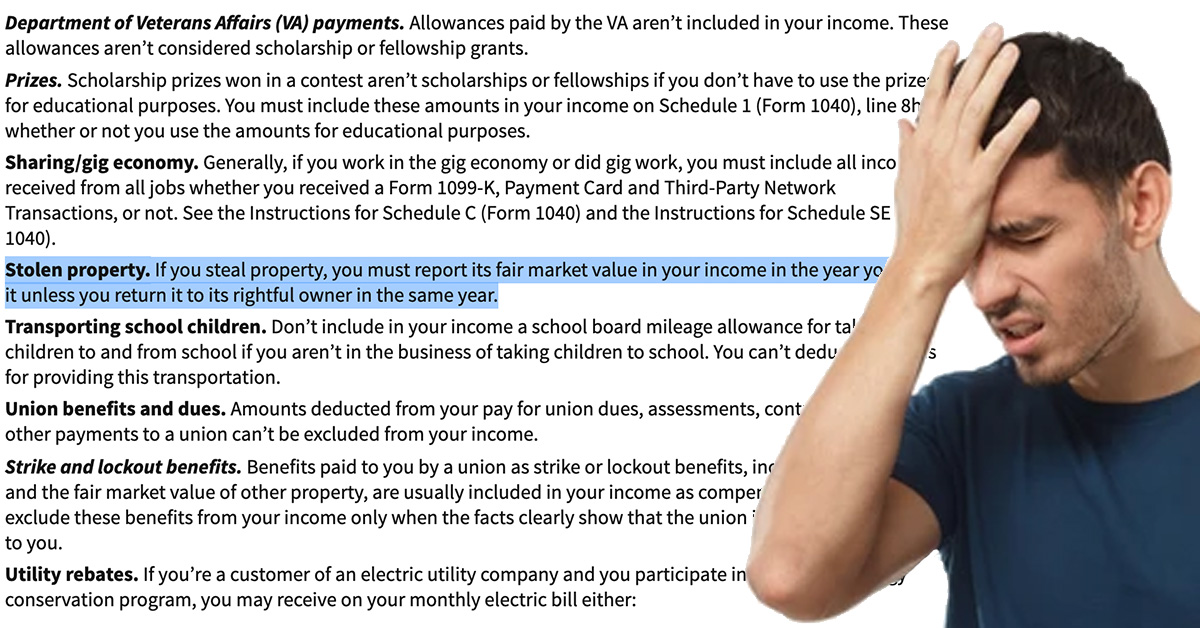 Categorize this in the "You can't make that up" category - the I.R.S. states in its newly released Publication 17 (Federal Income Taxes) that "stolen property" must be reported by a tax filer for "its fair market value in [their] income." The exception to the rule, is "unless [the tax filer] return[s] it to its rightful owner in the same year."

It's unknown if this rule will result in any revenue to the Department of Treasury since, according to the late Senator Harry Reid, taxes are voluntary. And it's unlikely that any thief would voluntarily report his theft on voluntary tax statements.

To give the I.R.S. some credit, though, they are well equipped to run this program since they are subject matter experts on stealing property. They report their stolen loot to Congress every year. Perhaps the I.R.S. will figure out effective ways to trick other thieves into reporting their stolen property as well.

Information about reporting stolen property on taxable income can be found in "Part Two - Income and Adjustments to Income" under Section 8. Here's what it says: 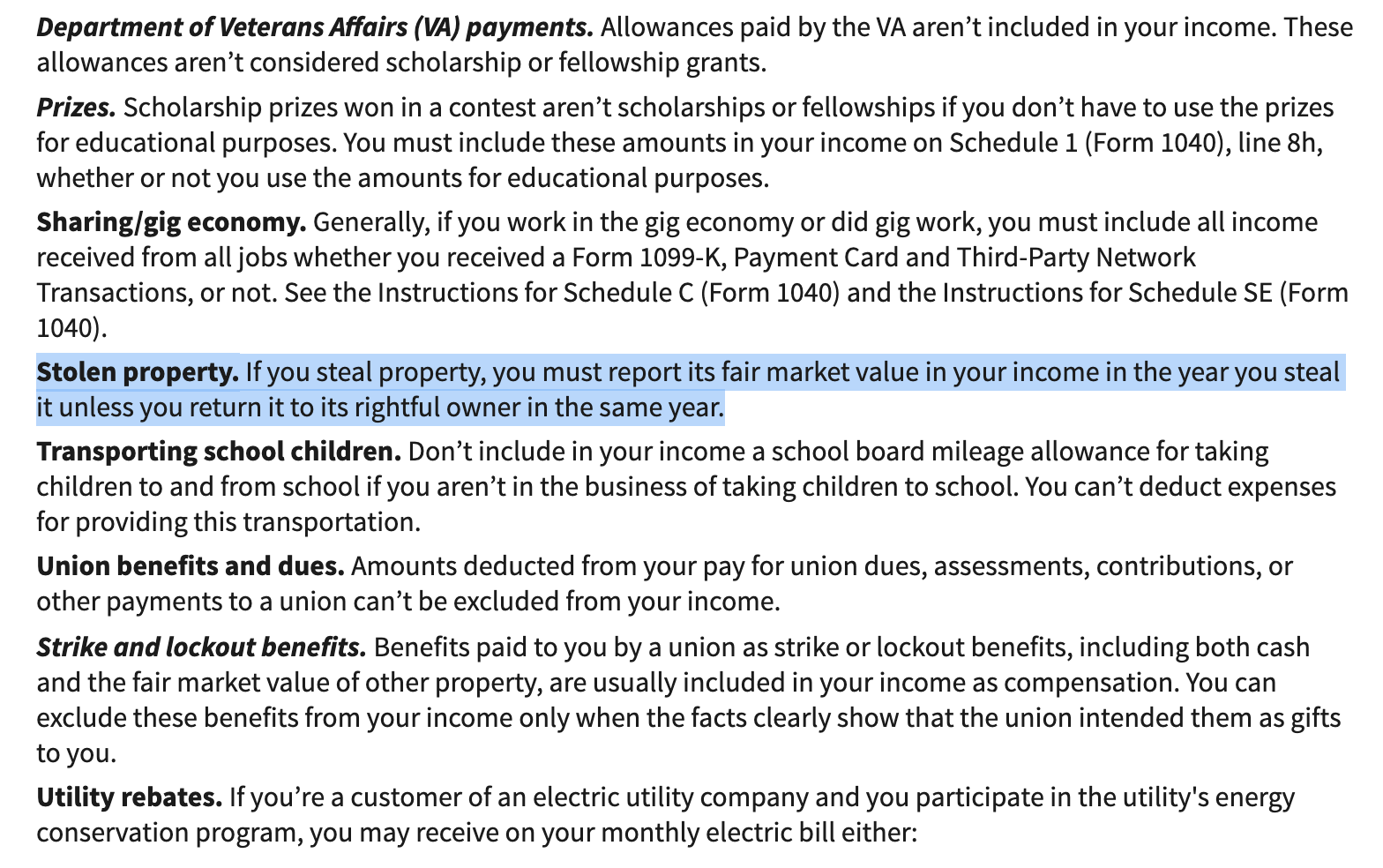