Jane Moss, the owner of the Boardwalk Bar & Grill in East Grand Forks, joined Fox & Friends this morning to discuss the movement in Minnesota to open up in defiance of Governor Walz' illegal and unconstitutional orders. Over 150 businesses plan to open up by the end of the week as part of the ReOpen MN Coalition. News broke last night that Walz would continue his illegal shutdown of bars & restaurants through the holiday season. 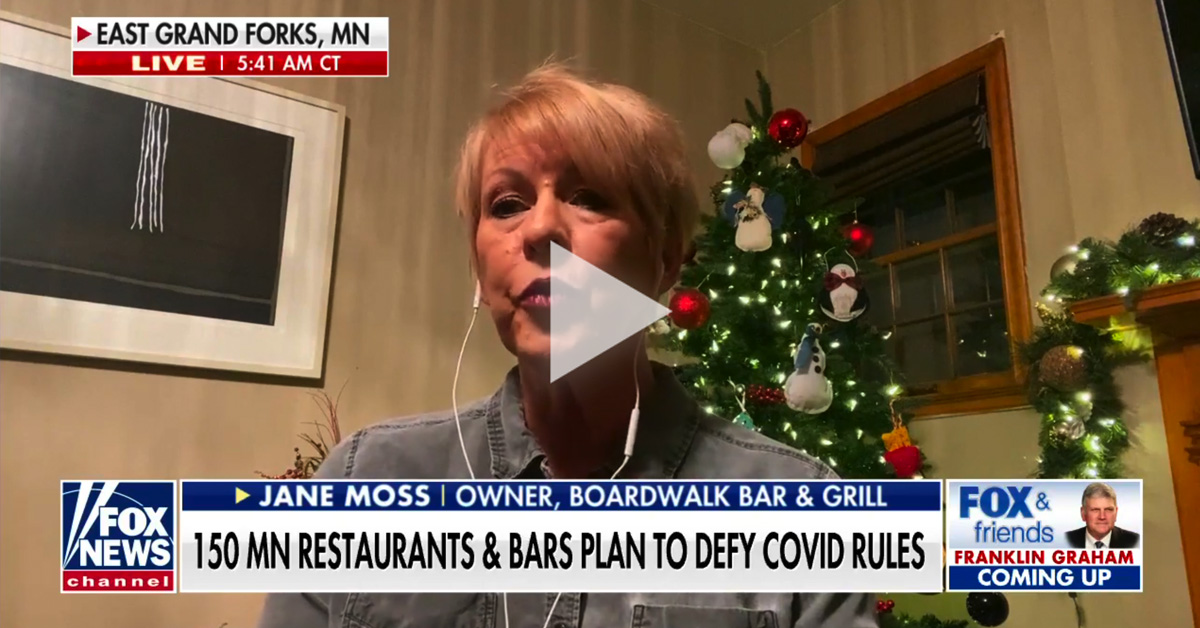 Currently, Jane is being sued by Attorney General Keith Ellison and had a restraining order placed on her by a Walz' appointed judge. There's even a looming threat of arrests for Jane. But she vows to stand up to Governor Walz despite the threats.

A legal defense fund has been set up for Jane to help with costs. Click here to support her. 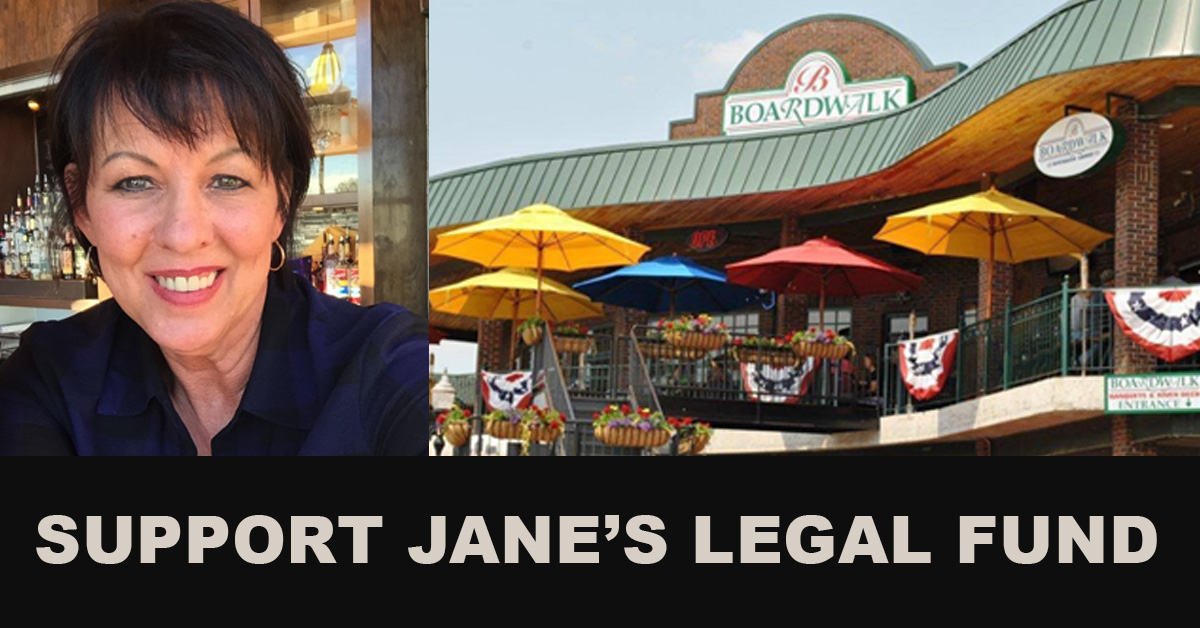