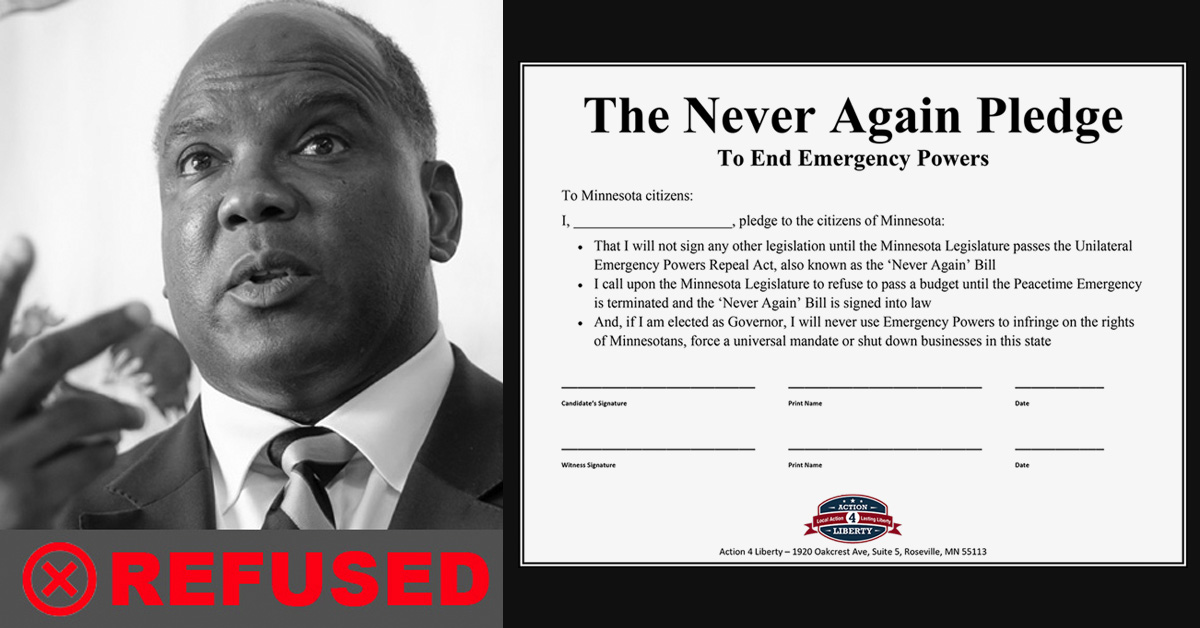 Kendall Qualls entered the race to replace Governor Walz this week. He ran unsuccessfully in 2020 for U.S. Congress against Dean Phillips. Following that defeat, Qualls founded an educational non-profit called Take Charge and began traveling the state talking about race issues in our education system.

We reached out to Mr Qualls on Monday and asked him to sign the Never Again Pledge. This pledge gives voters the confidence that a candidate will make passing the Never Again Bill their top priority - a bill that would remove the Governor's Unilateral Emergency Powers for good. Both Mayor Mike Murphy and Dr. Neil Shah signed the pledge.

Unfortunately, Qualls refuses to sign the pledge. We spoke to him on the phone on Thursday about the merits of the Never Again Bill and why our supporters want to see candidates get on board. But Kendall decided he would join the other politicians in the race who won't sign it: Jensen, Benson and Gazelka. 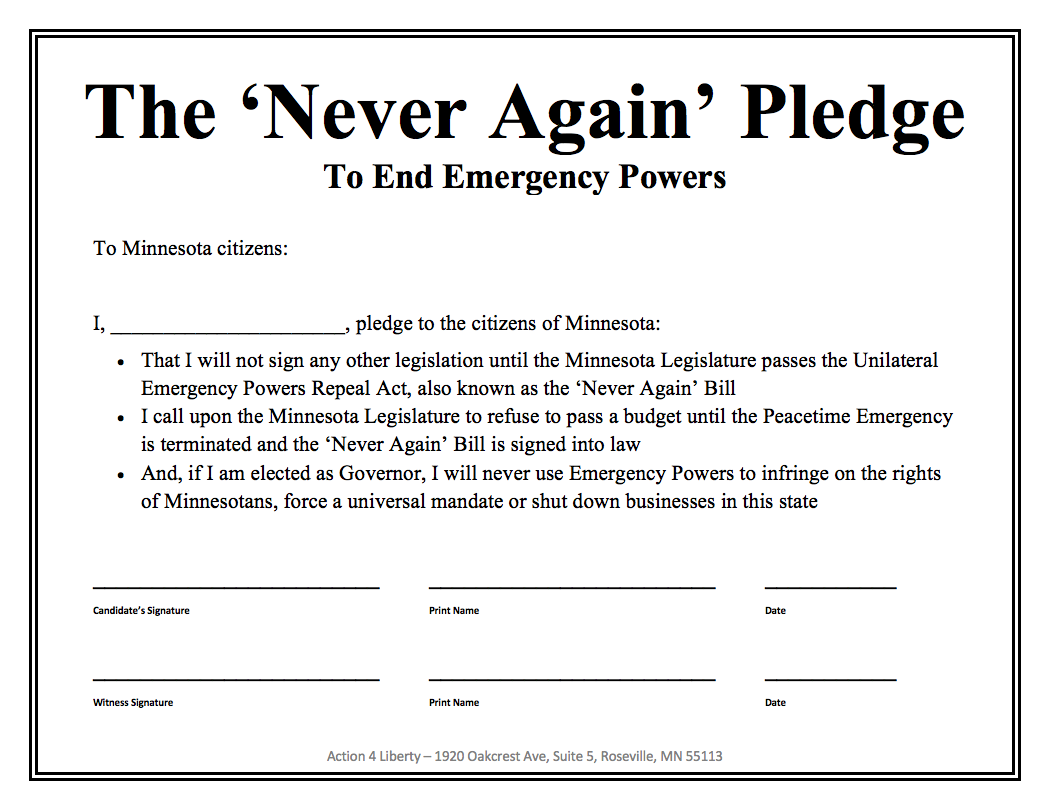 Politicians hate signing pledges because putting a principled commitment in writing leaves no wiggle room for them to stray away from protecting liberties once they are elected. This is the exact reason why we think pledges are important.

Qualls' excuse to us was that if he signed the Never Again Pledge, he would have to sign pledges everyday. But this is a ridiculous excuse since there aren't many organizations promoting pledges in Minnesota. On top of that, the only pledges he would need to sign are the ones he agrees with.

Politicians love power. It's what motivates many of them to run for Governor. Since the Never Again Bill would actually reduce the Governor's powers, many of the politicians running for Governor don't support the legislation for that reason.