King Walz Sign Goes Back Up on State Fair Booth

On the first day of the Minnesota State Fair, the front office called us and asked us to take down our sign of King Walz. They said it was disrespectful to the Governor who, at the time, was walking around the fair...maskless.

We told the state fair we will not take down the sign. The whole point of our booth, which was approved by the state fair ahead of time, is to show disrespect to the guy who unilaterally shut down our state and forced masks and vaccines on all of us.

Plus, the State Fair is on the State Agricultural Society's land, a quasi-government organization. The sign is protected speech, just like the exhibits that were disrespectful to President Trump over the past four years. Even more interesting, there's currently a piece of art displayed at the State Fair that is disrespectful to one of the Fair's larger vendors, Mike Lindell of MyPillow. 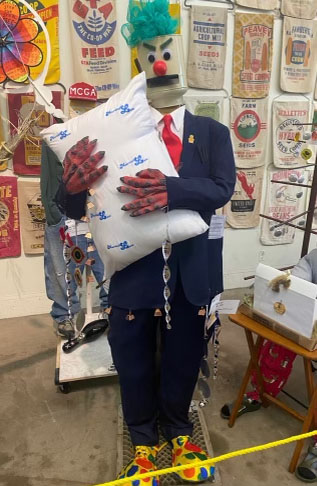 In the middle of the night, the State Fair personnel took our signs down and stole them without our permission. Make no mistake about it...

They want to Silence Our Speech!

But we here at Action 4 Liberty don't get bullied around. Our lawyer sent them a letter that afternoon demanding they reinstall our signs or else we will make new ones and charge them for what they took.

Since the State Fair didn't return them, we went ahead and had new ones created and our team just delivered them to the booth. 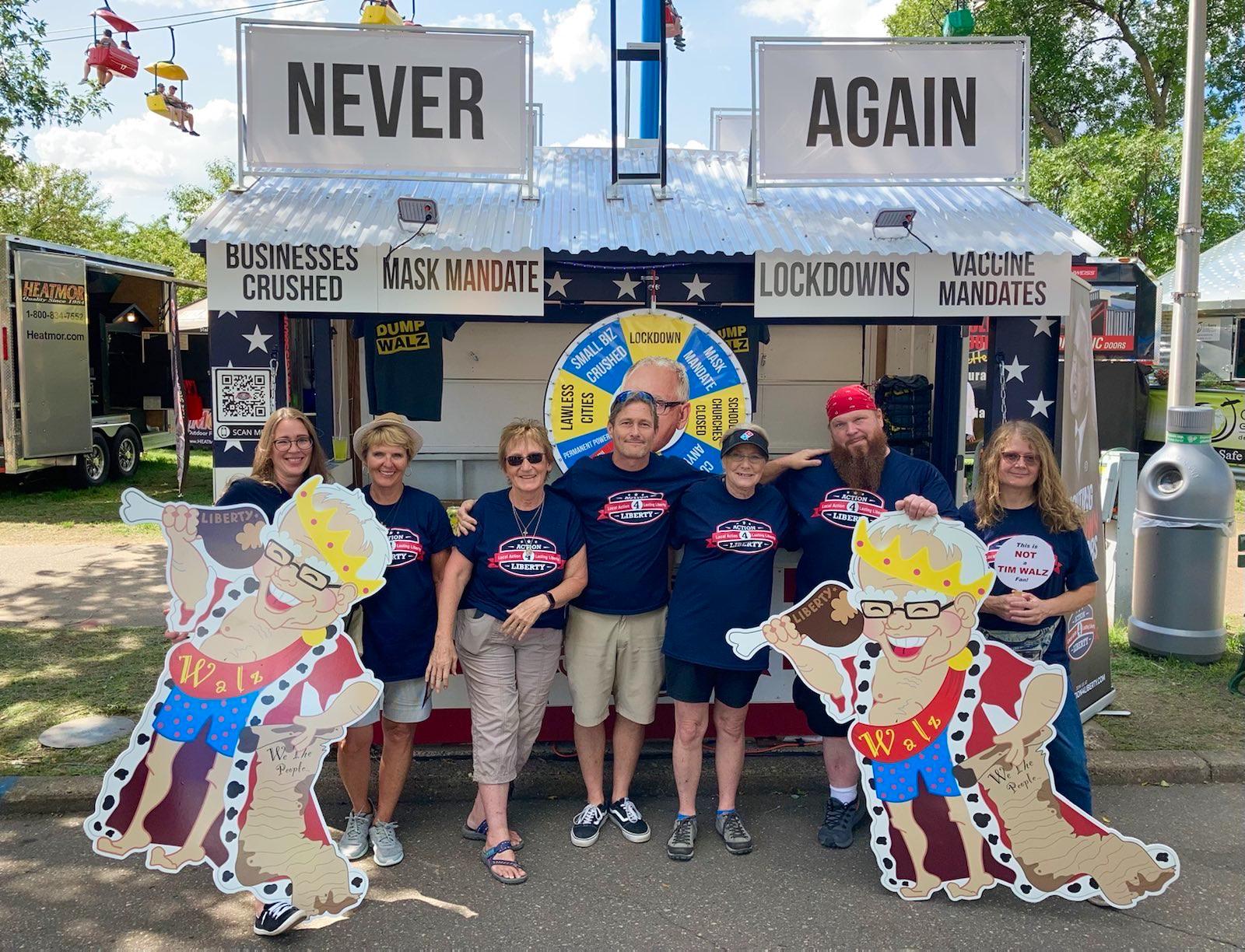 Apparently, it's been a massive hit with fairgoers. People are coming up and getting selfies with the "forbidden items". Perhaps that's what makes the State Fair bullies upset the most - it's a hit with their customers! 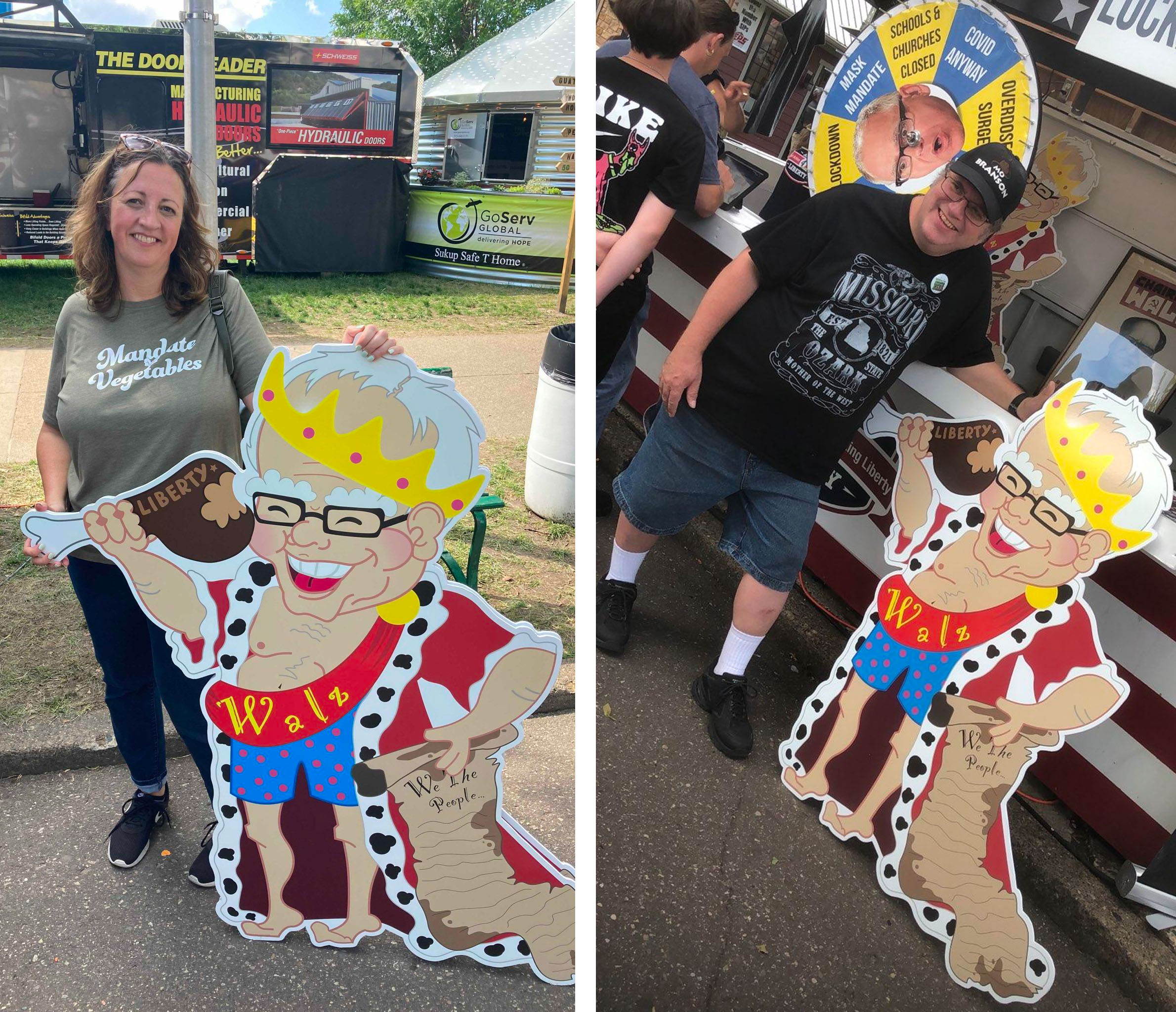 The King Walz sign went back up this morning...and people love it!

We will not back down to government bullies or radical leftists who want to control our lives and silence our speech. Action 4 Liberty is on the political frontlines, standing up for your rights, especially when it comes to pressuring politicians to Stop Vaccine Mandates in Minnesota.

The political elite have painted a large target on our backs for taking a courageous stance. They aim to destroy everything we have built. Don't let them!

Help support the one political organization that never cowers to the radical left and the COVID authoritarians! Empower us to keep fighting in this battle!

Listen, we get it from all angles in this fight. The State Fair comes after us for holding Democrat Walz accountable. The Republican establishment comes after us for pressuring RINOs who won't sign the Stop Vaccine Mandates pledge.

It's real simple - if politicians won't stand up for our freedoms, then we will bring the pressure to them.

And the most important battleground right now is this fight to Stop Vaccine Mandates. Which is why we hired more phone callers to contact voters across the state. And our field team is working on bringing tens of thousands of new supporters and petition signers into our ranks.

We cannot lose this battle!

Our numbers are growing by thousands a day right now. The more people in our movement, the more power we have to Stop Vaccine Mandates.

That's why we refused to back down to the State Fair bullies. We must continue putting the message out to Minnesotans so we grow our ranks.