Larvita McFarquhar, the small business owner from Lynd, MN who REFUSED to comply with Governor Walz' illegal orders, was on Fox & Friends today. 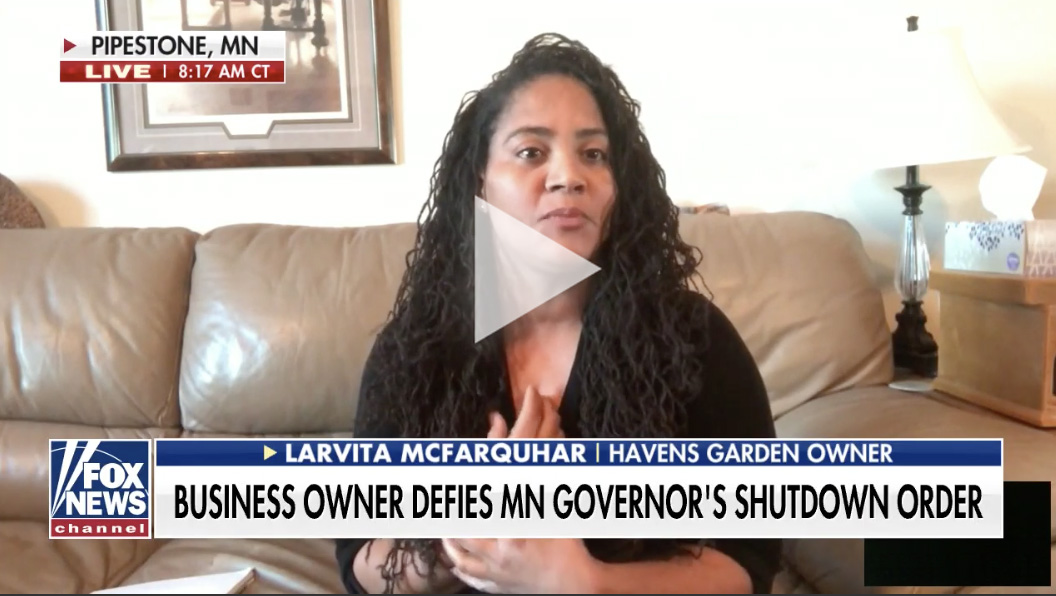 Larvita opened up her business last night in defiance of Tyrant Walz and in the face of threats of imprisonment from Attorney General Keith Ellison.

Action 4 Liberty's team were on the phones this week calling patriots in the area to rally behind Larvita. Thank you to everyone who made the trip down to Lynd, MN to show your support. Larvita could not be more thankful for your commitment to expanding liberty.

At this point, Walz and Ellison's threats appear to be a bluff. No law enforcement resources came to Havens Garden last night and the AG's office did not get an injunction against her.

Larvita's courageous act is powerful and will spread like brushfires of freedom in this state...and country.

Now we've learned another heroic story is emerging on the other side of the state. Iraq war veteran and small business owner, Brandon Reiter, is opening his gym in Plainview, MN in defiance of Tyrant Walz too!

Brandon proudly served his country overseas and took his oath of office seriously. He refuses to let the Governor's illegal orders ruin the business he created. Business owners like Brandon can open up in a safe and reasonable way.

It's time governement gets out of our way. It time our politicians take their oaths seriously. Demand they END these Illegal Emergency Powers NOW!