Legislator Drives '160 Miles’ to Door Knock Wife of Rep Mortensen, Tells Her to Vote for Opponent 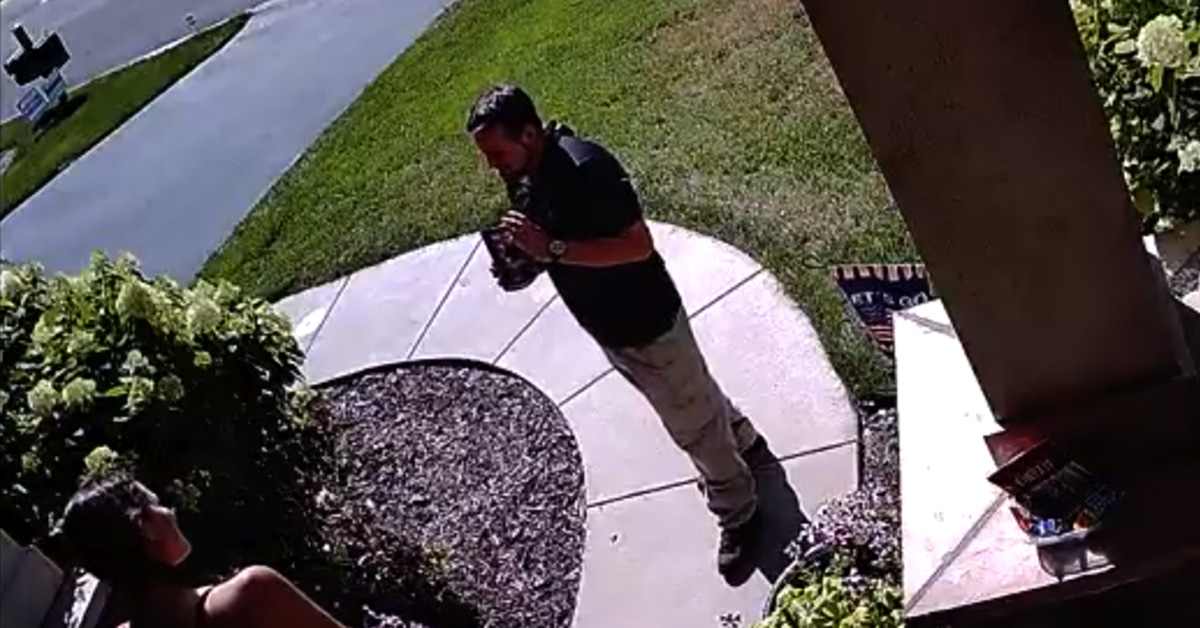 A legislator from the Brainerd Lakes area, Rep Josh Heintzeman (Lifetime Rating=67%), door knocked the wife of Liberty Champion Rep Erik Mortensen (Lifetime Rating=100%) in an attempt to persuade her to no longer support Mort in tomorrow's primary. Security camera footage was provided to us which shows Heintzeman introduce himelf using his taxpayer funded business card.

He starts by saying "I'm not a huge fan of Mr. Mort, I'm not trying to cause any trouble, but if you do have any chance of maybe considering an alternative, I would sure love a chance to tell my story."

Heintzeman mentions that he is there to represent the interests of the Old House Republican Caucus. He defends House Minority Leader Kurt Daudt's leadership when Mrs. Mortensen informs him how the caucus spent $30,000 against Erik Mortensen in the 2018 race. She also mentions how the Jobs Coalition, a Daudt affiliated Independent Expenditure Committee, is running ads against Mortensen in the race right now.

In the video, it appears that Heintzeman is unaware of who he is talking to, but it's clear he went there to try and persuade a Mortensen supporter to drop her support the day before the primary election. There is a Mortensen sign in the front yard and a white vehicle is seen coming to pick up Heintzeman half way through the exchange.

Mrs. Mortensen holds her ground pretty well against the seasoned politician. Heintzeman seems puzzled on how to respond to someone who is well informed about the dynamics at the Capitol.

The entire exchange can be seen here:

Mrs. Mortensen also mentions how Rep Mortensen is the top rated legislator on the Legislative Evaluation Assembly (LEA) scorecard while his opponent that Heintzeman is door knocking for was only a 46%. Heintzeman says he is unaware of who LEA.

At one point she asked Heintzeman why he refused to provide "hands" for a roll call vote on the Never Again Bill. Heintzeman admits that only members of his caucus deserve transparency on their bills and amendments and those privileges should not be afforded to legislators like Erik Mortensen.

The video ends with Rep Erik Mortensen pulling into the driveway after coming home from work. Heintzeman is seen quickly leaving the house and jumping into the white vehicle before Erik is able to get out of his car.