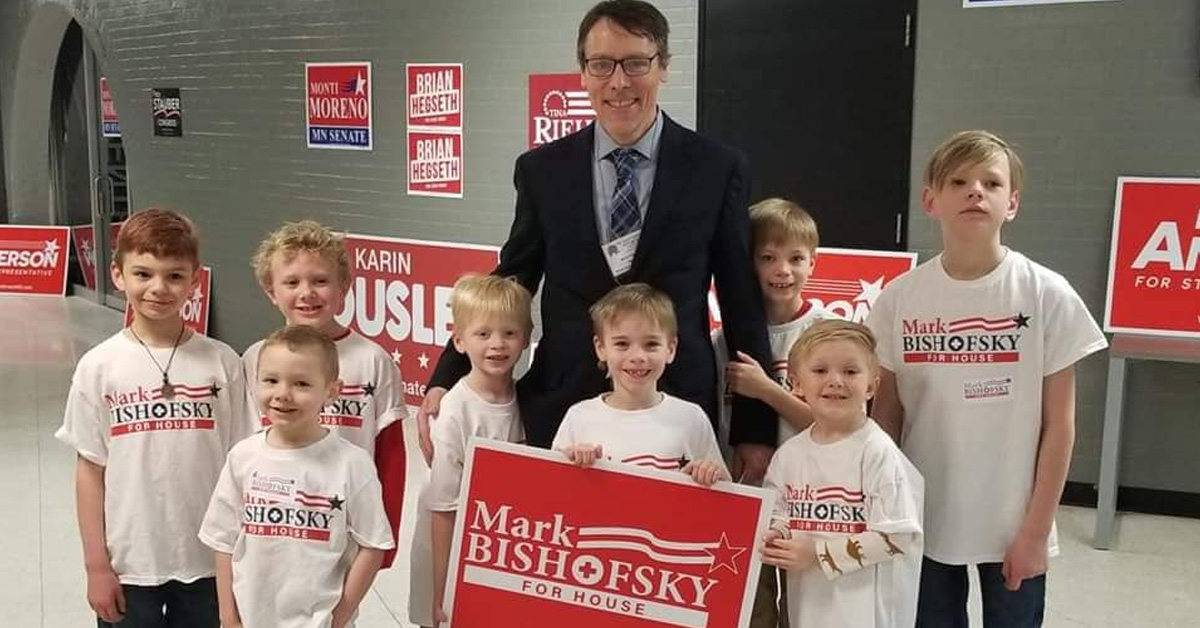 Mark Bishofsky, founder of the health freedom organization "Stop The Mandates", won a commanding 82% of the vote during the Senate District 33 convention on Saturday, March 19th. The GOP Convention took place at Stillwater Middle School.

Bishofsky put in the hard work of reaching out to grassroots conservatives across House District 33B, organizing an impressive team of volunteers and winning their support. His district covers Stillwater, Marine on St Croix and parts of Forest Lake.

Background - Mark Bishofsky was forced out of his workplace and profession as a respiratory therapist due to his refusal to comply with the vaccine mandates and decided to make it his mission to restore freedom in our great state. He is well on his way to accomplishing this now with the GOP endorsement.

Candidates like Mark Bishofsky are working tirelessly across Minnesota to take back the State House for the GOP and push through an agenda based on Liberty and the Constitution!

After Bishofsky’s endorsement, convention observers witnessed a fascinating spectacle.  Conservative activist, Monti Moreno, almost upset incumbent Senator Karin Housley! Monti received 46% of the vote on the first ballot against the incumbent senator. It took 3 rounds of balloting before Housley could muster up 60% of the support need to win an endorsement. This goes to show that the Establishment has a very tough time explaining their record when challenged by an anti-Status Quo figure, even from an unprepared opponent.

Congratulations to Mark Bishofsky on his commanding Victory! A4L looks forward to seeing pro-liberty legislation be advanced in Minnesota!

You can learn more about Mark Bishofsky at his website markformnhouse.com.