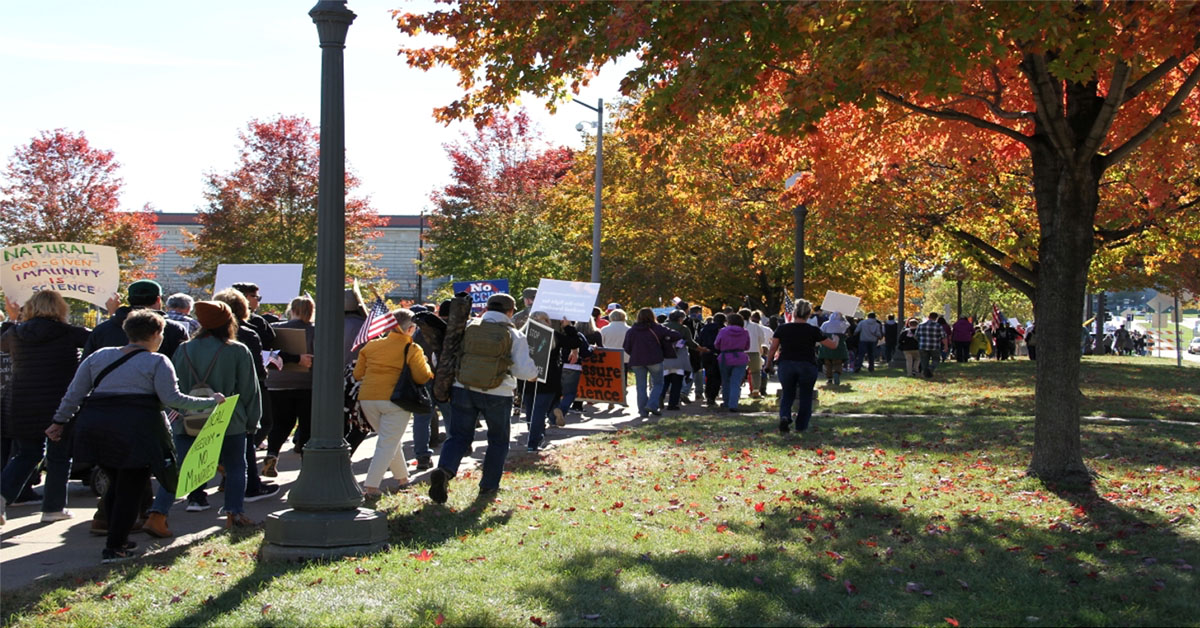 If you saw thousands protest in the streets of St. Paul last Saturday, that wasn’t your imagination - though mainstream media would try to have you believe otherwise. Over the weekend, a crowd of thousands gathered at the Capitol, blanketing the lawn, lining the steps of the Capitol and spilling over into the roads and gardens.

Speakers rang true from their podium, backs pointed toward the den of snakes, where they shouted loud enough to echo throughout the Capitol grounds, into the city, along the monuments behind them.

Amid chanting, waving signs, and billowing flags, Americans rallied alongside one another to demand the change that they deserve. The protest that began at the Capitol mobilized, eventually led to a newly 3 mile march to the Governor's mansion.

And to the surprise of absolutely nobody that has been paying attention, major news outlets failed to cover it. It was as if we had another lazy weekend. But let's be honest, the corporate media has no interest in telling the story of growing resistance to medical tyranny.

The corporate media and radical left may think we aren’t paying attention- we are, and where they try to silence us, we will continue to fight, louder and more ferociously than we have before.

Watch the 15 minute video of the long line of marchers: