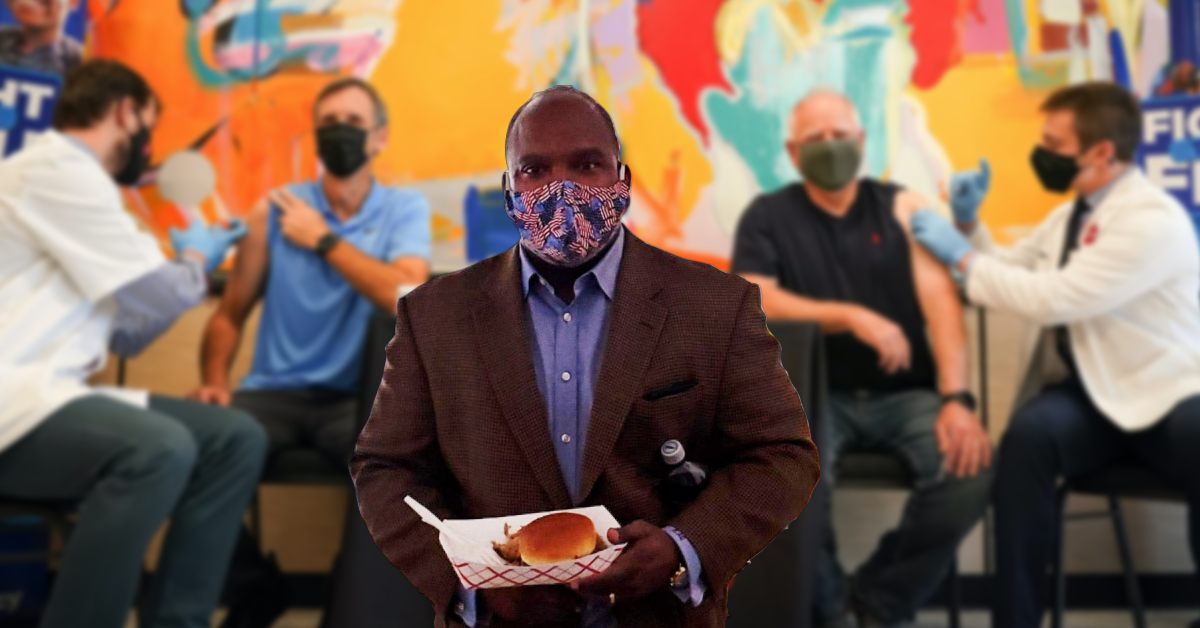 The support network of Kendall Qualls makes us question who this self labeled "outsider" candidate really is.  He more likely appears to be bought and paid for by DC Insiders, The Establishment, and Pharmaceutical Companies.

The Draft Kendall Qualls Committee was started by DC Consultants looking to sink their teeth into Minnesota’s Gubernatorial Race. Out of the $77,786 raised in 2021, $75,000 came from one mega donor: David Frauenshush.

Frauenshush kicked off the effort to prop up Kendall Qualls in September of 2021. The committee took $50,000 to form, then later acquired another $25,000 from Frauenshush. This money was paid to DC Lobbyists and Special Interests who structured the fake draft effort, as you can see from the campaign finance filing below: 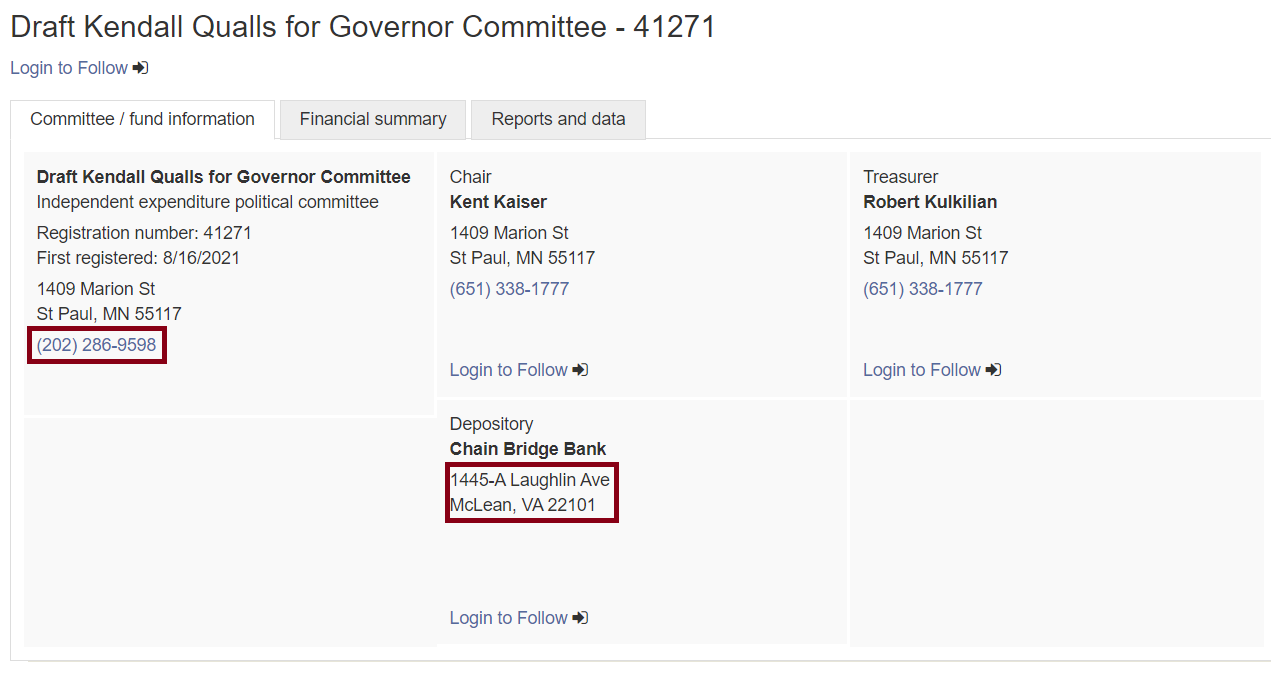 Though the group is supposedly headquartered in St. Paul, the number provided to the Campaign Finance Board has a Washington DC area code. You’ll also notice that the bank used to hold Frauenshush’s special interest money is based in Virginia.

Who is David Frauenshush, and why is he paying DC consultants to prop up Kendall Qualls?

Frauenshush is a commercial investor, who has spent big money on building throughout the Twin Cities metro. Most notably, he has funded several healthcare and pharmaceutical projects.

Frauenshush clearly has an interest in the healthcare industry. It makes sense why he would take an interest in Kendall Qualls. Though he regularly talks about his business experience, he rarely utters a word on the fact that he was a healthcare executive for Johnson & Johnson – one of the major COVID-19 Vaccine producers in the United States. 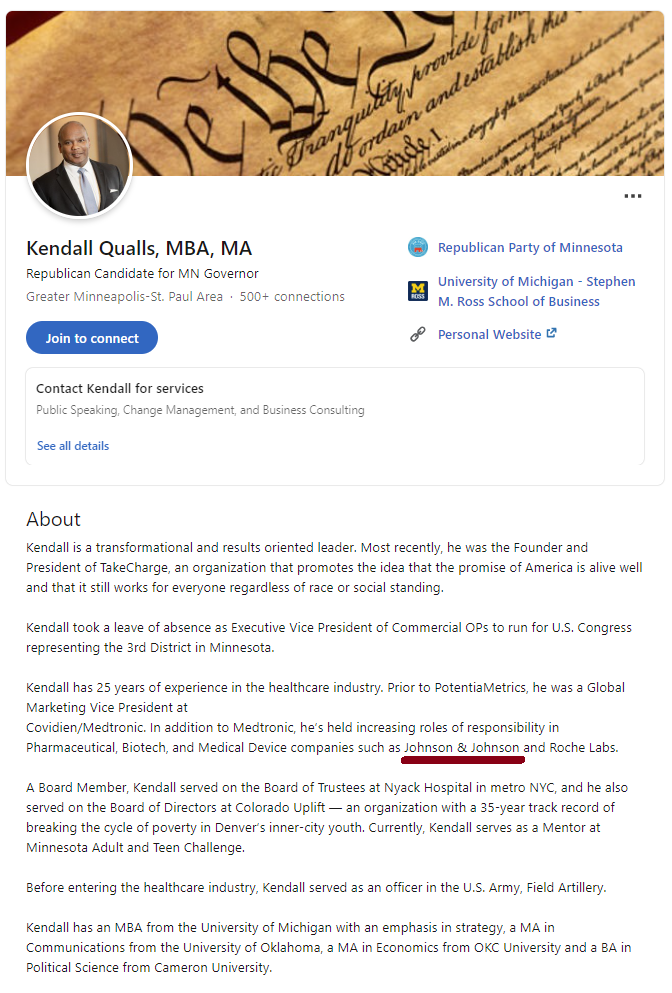 This possibly explains why Kendall Qualls is so weak on Emergency Powers and Health Freedom. While you and I were locked in our homes and threatened with mask and vaccine mandates, Kendall’s friends were making a big fat profit.

There's nothing grassroots or "outsider" about the Kendall Qualls campaign. It's just another Insider candidate masquerading as a conservative - with no intention of changing the dynamics of the political environment that is failing us.