Walls are closing in on Tim Walz and Joe Biden. Their tyrannical vaccine mandates are growing in unpopularity and are leading to a potentially huge crisis. Even the state's largest public sector union, a huge backer of Democrat politicians, has come out against the vaccine mandates.

In a letter to the Minnesota Senate, AFSME wrote "AFSCME Council 5 does not support a vaccine mandate [...] we understand some people have personal, medical or religious reasons which factor into their individual decision and their decisions should be respected."

As chants of "F Joe Biden" spread across stadiums around the country, a recent poll shows Joe Biden's job approval rating dropping to 38%, a low for the first term president. Walz' own approval ratings seem to follow the same course. A recent Star Tribune poll found that Walz' approval rating fell below 50% as well.

Americans are growingly becoming concerned about the issues with worker shortages, especially as it relates to the health care industry. Vaccine mandates stand to eliminate some of the most critical jobs at the worst time. On top of that, rising prices at the gas pump and grocery store, make the Biden/Walz/Democrat agenda appear to be a failure. 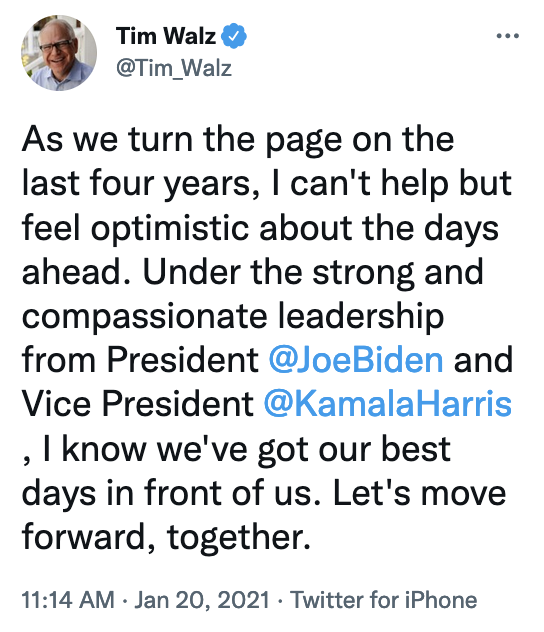 Action 4 Liberty is fighting for your health freedom against tyrannical vaccine mandates. Join our effort by signing the Stop Vaccine Mandates petition today!