Rep Jeremy Munson and members of the New House Republican Caucus had their lawsuit against Governor Walz heard today in the Ramsey County Court with Judge Thomas Gilligan Jr presiding, a Governor Dayton appointee. Their suit alleges that the Governor has abused his constitutional powers by creating laws, which is left to the Legislature.

Governor Walz was defended in the case by the state Solicitor General Liz Kramer who argued that the Governor needed to exercise the powers given in State Statute 12.31 in order to save Minnesotans from an "act of nature". She further argued that the plaintiffs are using other state's laws to make their case, whereas Walz is operating within the laws of the state of Minnesota. Kramer asked for dismissal of the case based on lack of standing for the plaintiffs.

Munson's team was represented in the Court (Zoom session) today by Erick Kaardal, who quickly pointed out that the Solicitor General surprisingly failed to mention the Constitution in her arguments when discussing a case of Constitutionality. His central argument is that the power of creating legislation cannot be delegated citing the "Non-delegation doctrine". 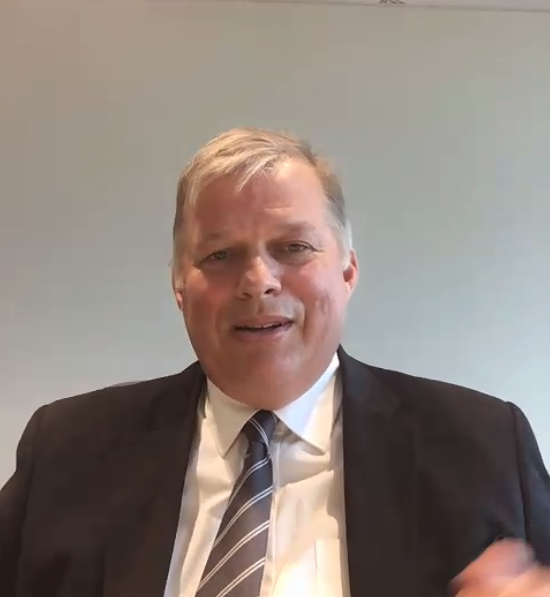 (Image of Erick Kaardal arguing in front of Judge Gilligan)

Kardaal further argued that the case is based on the infringement of civil liberties and that the Government fails to argue how the Governor has power to take them away legally. "Are there reasonable standards in Statute 12.31 that allow the restrictions of civil liberties" stated Kaardal.  "Are we now wards of the Governor without legislative guidance, administrative procedural safeguards and without judicial review?"

Judge Gilligan interrupted Kardaal asking how a Governor is suppose to act with urgency in a less than ideal world when a legislature is incapable of responding to acts of nature.

Kardall's response focused on what Statute 12.31 allows the Governor to do in order to act with urgency. However, nowhere in that Statute, is there a provision that allows him to restrict civil liberties.

The hearing appeared to take a bad turn when Judge Gilligan stated that the legislature built in the proper recourse in Chapter 12.31 with the provision that allows for a simple majority of the legislature to remove the Governor's emergency powers. Kaardal acknowledged the point but argued that the legislature was "lazy" when drafting the law and that there was no necessary guidance on the restriction of civil liberties.

In the Solicitor General's response, she alleged Kaardal made "inflammatory and misleading" statements about the Governor's use of power, briefly dismissing the claim that Walz has no restrictions on taking Minnesotan's civil liberties. She argued that the Governor has the power to restrict civil liberties as long as they pertain to protecting citizens against the emergency.

The hearing ended with Judge Gilligan stating that he will take the arguments under advisement and will issue his decision soon.