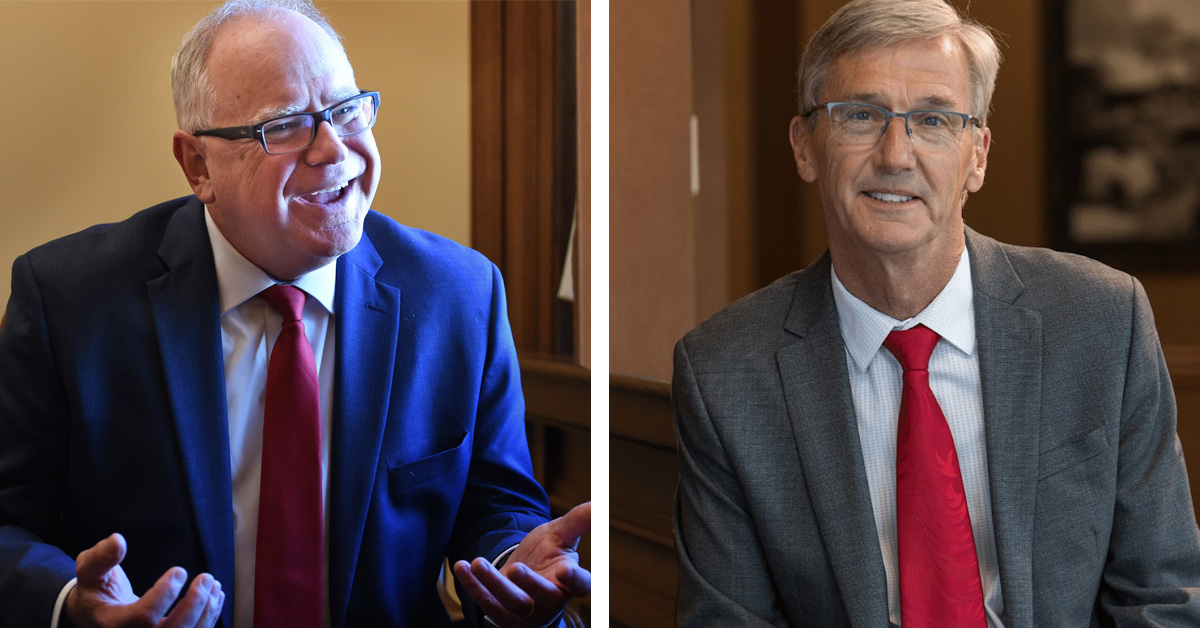 A brand new poll released by Minnpost/Embold Research shows that Tim Walz has only a 26% favorable rating with undecided voters despite 96% of them knowing who he is. This spells trouble for an incumbent who has a very visibly flawed resume.

- Locked us in our homes, shut down businesses, churches and schools

- Lied to Minnesotans about being forced to pay fraud

The poll surveyed 1,586 likely voters and has a margin of error of 2.6%. This makes it the largest sample size of all polls released so far.

In it's article, Minnpost states "The number of undecided voters in the election for governor – 6% – is relatively low with three weeks to go to Election Day. But the poll suggests there is more opportunity among those voters for Jensen than for Walz. Among those voters only, 33% report they approve of the incumbent’s job performance while 67% disapprove."