Only One Loser in Capitol Negotiations: YOU 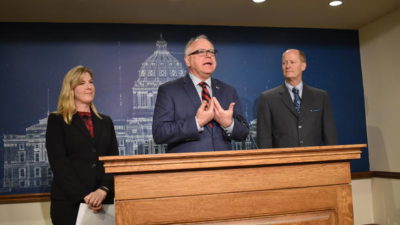 We're less than two weeks away from the Legislature's mandatory adjournment and the negotiations between the Republican Senate and the Democrats is starting to heat up. On one hand, the Democrats have proposed ballooning the budget to nearly $49.5 Billion and increasing the gas tax and reinstating the 2% provider tax. On the other hand, Republicans have spent the majority of the budget surplus with their $48 Billion budget proposal, but have so far put their heals in the dirt on tax increases.

(Note: The Republican Senate did vote for a tax on insulin manufacturers and opiates)

Here are two offers on the table last night...

At this point, the loser in the negotiations is YOU, the taxpayer. The budget surplus will not be returned to your pocket like it should because Republicans are already growing spending even more. Word on the street, is that the GOP likely will compromise on reinstating the provider tax so they can get their insurance company bailout bill passed (aka Reinsurance).

Action 4 Liberty believes Republican Senators should not follow the lead of Senator Gazelka and vote against all spending increases and taxes. It doesn't matter what deals are made with Governor Walz behind closed doors, each Senator can vote his or her conscience.