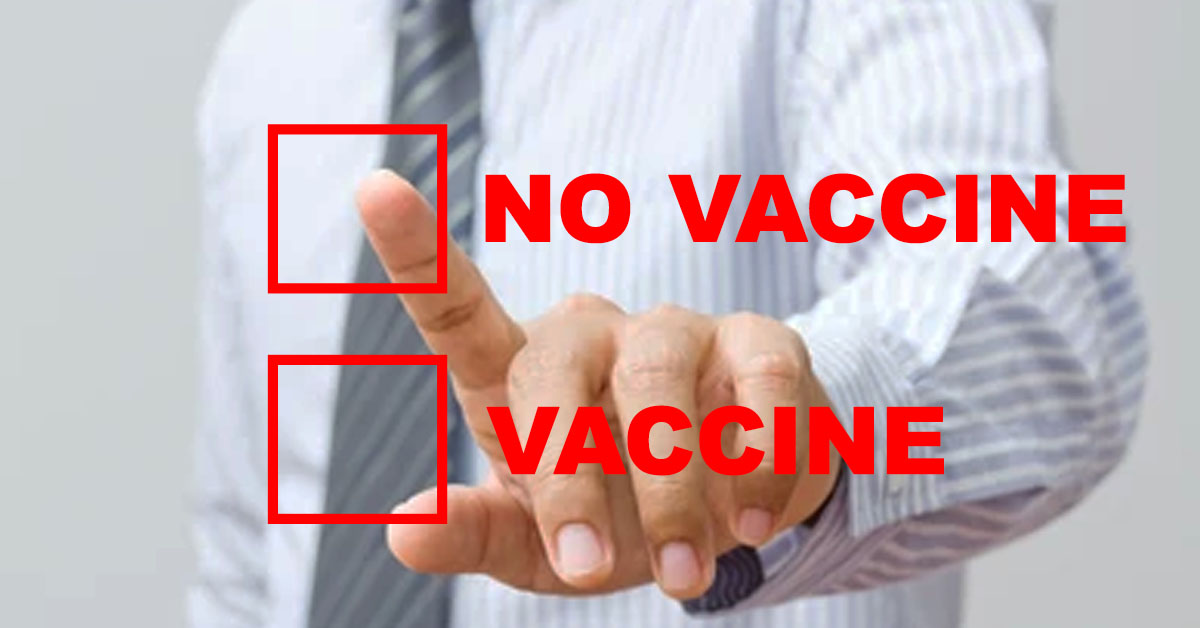 An NBC News poll shows that more people (50%) oppose a vaccine mandate than support one (47%). Amongst supporters, 34% strongly favor mandates while 13% somewhat support them. On the other side, 41% strongly oppose them, while 9% somewhat oppose the mandates.

The poll results suggest growing disapproval of Joe Biden's federal vaccine mandates and spells trouble for congressional candidates, and possibly mandate Governors, in the upcoming election. 40% said they would be less likely to vote for a Congressional candidate who supports mandates versus 32% who would be more likely. 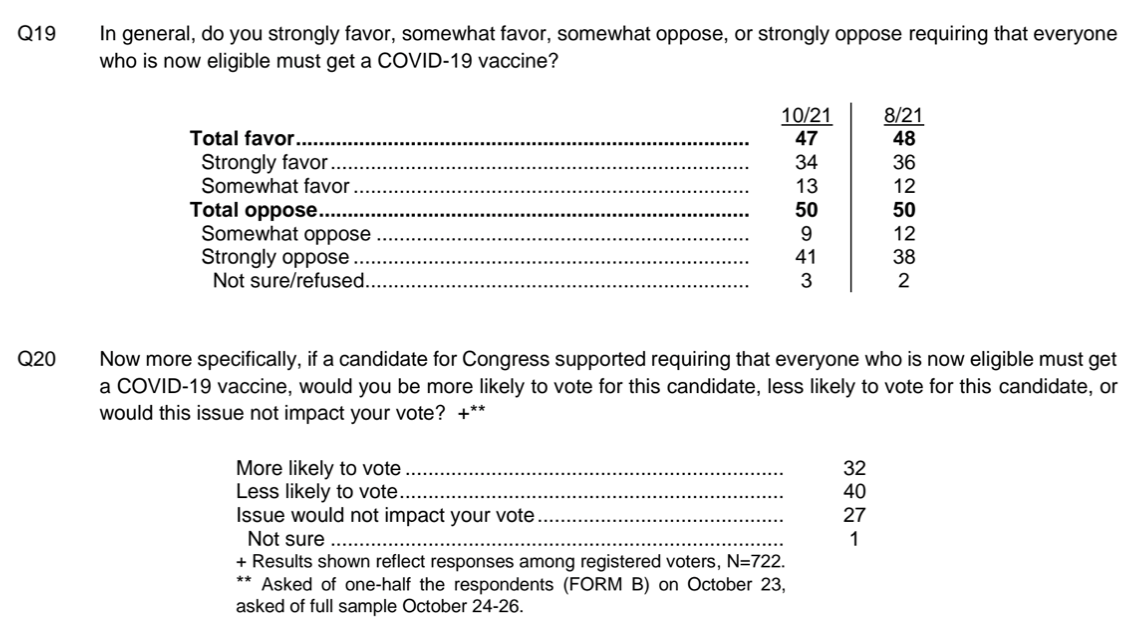