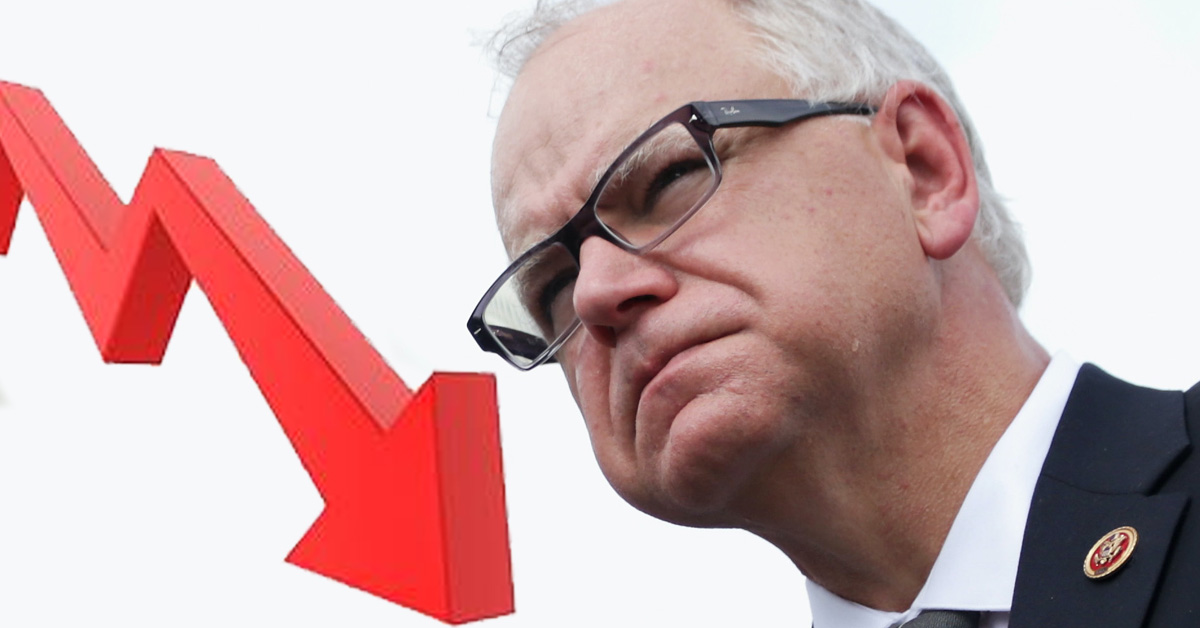 Governor Walz' support is sinking according to the newest poll released by Alpha News/Trafalgar Group. The poll shows Tim Walz at 47.7% and Scott Jensen at 45%, with a margin of error of 2.9%. That puts the two of them in a virtual tie.

Trafalgar Group is recognized as one of the most accurate polls in the country. The pollster accurately predicted Donald Trump's victory in 2016 when almost every other pollster had the election for Hillary Clinton. Trafalgar surveyed 1,079 likely voters, a sample size larger than the recent Star Tribune and KSTP polls.

The Star Tribune poll released over the weekend had Walz up by 7 points. Following the MN State Fair, KSTP released a significantly flawed poll that had Walz up by 18 points and leading Jensen in Greater MN (yeah right!).