In fact, yesterday on the House Floor, the Republican and Democrat establishment openly discussed how they aren't serious about solving this problem. RINO lobbyist-legislator Kurt Daudt and Con Artist Gene Pelowski are working together to screw us!

Now think about this, if the Fake End Powers bill passes the Special Committee tasked with "solving the Emergency Powers" problem, it then will go to the House floor for final passage. At that point, the Republican Senate would have to pass the same bill. But they'll likely amend it, which sends it back to the House. The far radical left in the House will amend it again and send it back to the Senate. And so on and so forth.

You get the picture?

Let's imagine it miraculously passes the Minnesota House and Senate. If it has any teeth, which it clearly won't because its a Fake End Powers Bill, then Walz would never sign the bill and it will be months of wasted time and false hope. All courtesy of the Republican and Democrat establishment.

Stop Walz' Assault on our Small Business and Freedoms! No deals. No compromise.

The Republican and Democrat Establishment are so concerned about protecting vulnerable members like Rep Julie Sandstede, that they are selling out on the one thing you put them in office to do: reclaim their constitutional power of lawmaking.

Governor Walz has been an absolute disaster for this state. He's shut down and forced small business to go under. He's quarantined healthy people in their homes. And he's forcing youth athletes to wear masks while playing sports.

At the same time, COVID numbers have plummeted and some medical experts believe our country will achieve herd immunity by April.

What the hell does this guy still have Emergency Powers for???

I'll tell you one thing. The Republican Establishment is not fighting for YOU. But we certainly are.

We just hired more field staff and deployed them up north. In just the first two weeks of operations we've door knocked thousands of voters' homes in Julie Sandstede's district. To put that in perspective, Julie only won election last November by 30 votes. If she doesn't start voting the right way, her political future is over.

Now I'm sure the Democrat establishment is telling her to be a good little follower. "Stay with us, and you'll get re-elected".

Well Julie, how did that work out for Brand, Persell, Poppe and Tabke? All four Democrats we targeted last year got booted out of office on election day! 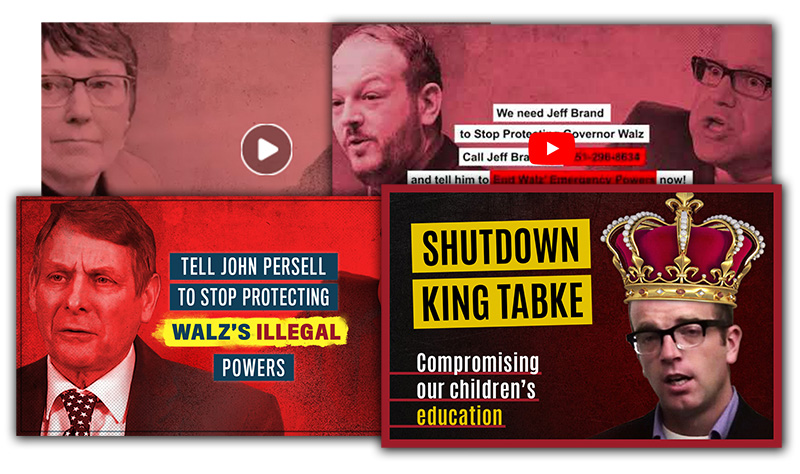 The Republican and Democrat Establishment are going to start learning how we are different than any other group they've seen before. We simply WILL NOT quit. When they put up challenges, we DOUBLE DOWN and hit em where it hurts.

You and I know this mission is too important to allow failure. The radical left is hellbent on destroying our Republic and we simply won't let them succeed.

I can't tell you how much I appreciate the support we've received over the past month. You have allowed us to hire four new doorknockers. That means we'll be moving into more districts, talking to more voters, putting more pressure on vulnerable Democrats.

And the more we work to identify people in these districts that support Ending Walz' Emergency powers, the more raw political muster we have to drive things home when it counts.

Did you know that for the last two weeks, not a single other Republican has signed on to Rep Erik Mortensen's Article of Impeachment against Walz? These weak kneed Republicans better get on board before we start knocking in their districts as well.

For God's sake, even Democrats in New York are talking about removing Governor Andrew Cuomo for his handling of COVID in nursing homes. Guess what? Tim Walz had the EXACT SAME policy here in Minnesota!

What we've found talking to voters in rural Minnesota is that they overwhelmingly support Ending Walz' Emergency Powers AND holding him accountable. Once this current "emergency" is over, we will make sure it NEVER HAPPENS AGAIN!

The good news is that things are working. Every week, you see Reps Sanstede and Lislegard squealing in committee meetings about how the emergency powers are an issue. Thanks to YOU, this program is working.

I promise to you that we will continue applying pressure to these vulnerable legislators and will grow the best field operations in this state. And along the way, we will improve voter data to set us up for electoral success in 2022. Help us get these stacks of new lit out to voters... 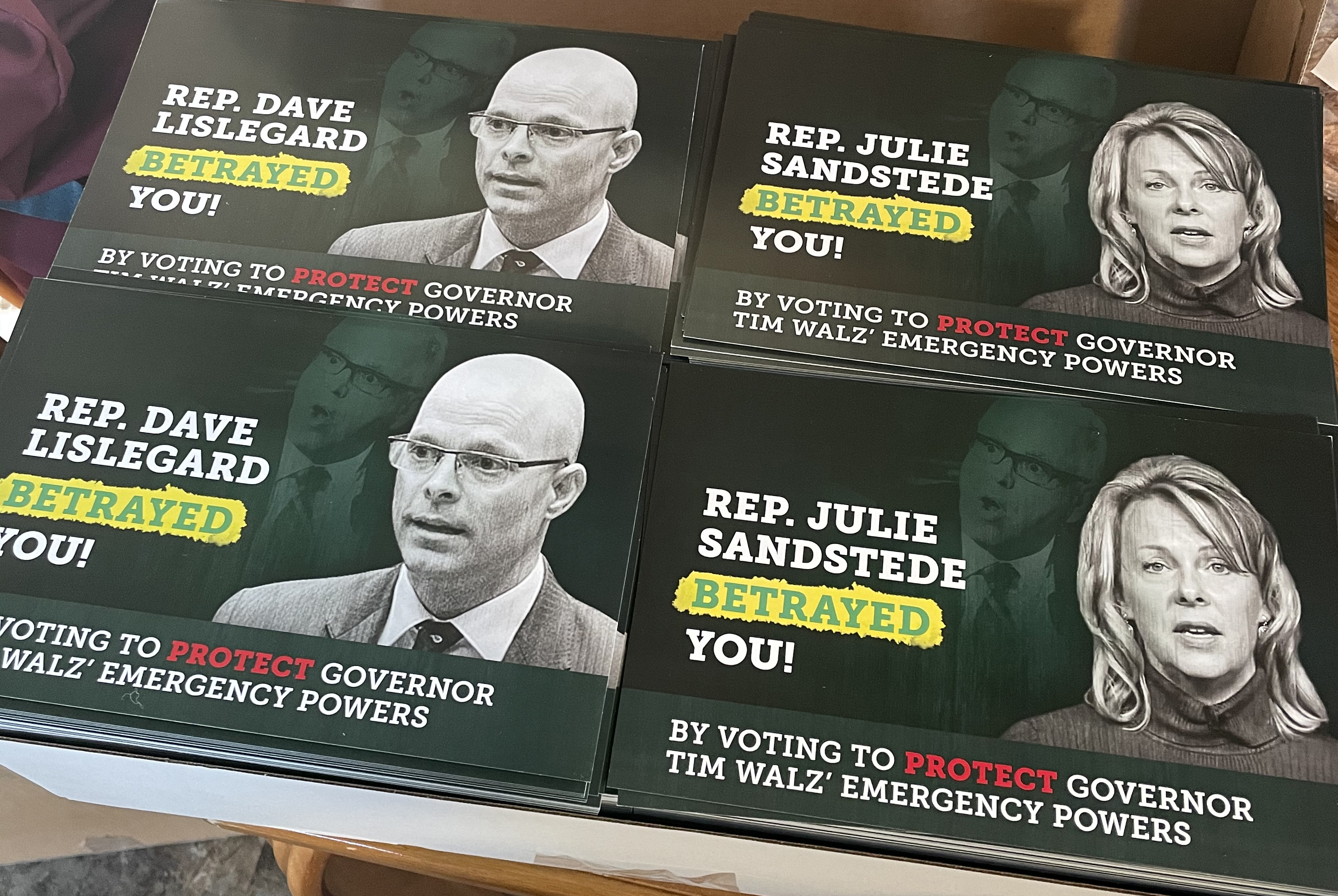