There's no reason to be overtly confrontational in life, until someone assaults your way of life or your liberty. When that happens, we must be willing to be stern and aggressive.

That's why politicians like Gene Pelowski, Paul Marquart, Dave Lislegard, Julie Sandstede, Mike Sundin and Rob Ecklund are about to see how hard we will work to make sure every voter in their district knows that they are siding with radical, Metro Democrats over their own constituents!

In other words, their votes last year to End Walz' Emergency Powers were nothing more than a con. We finally have the numbers to win and they are cowering to the Democrat elites. What a shame.

So we're following through with our promise to you and taking our message to the airwaves, newspaper pages, doors, and mailboxes to inform their voters that they're protecting Walz' Emergency Powers.

We have radio ads on the airwaves in markets throughout Minnesota. For example, here's our radio ad running against Dave Lislegard: 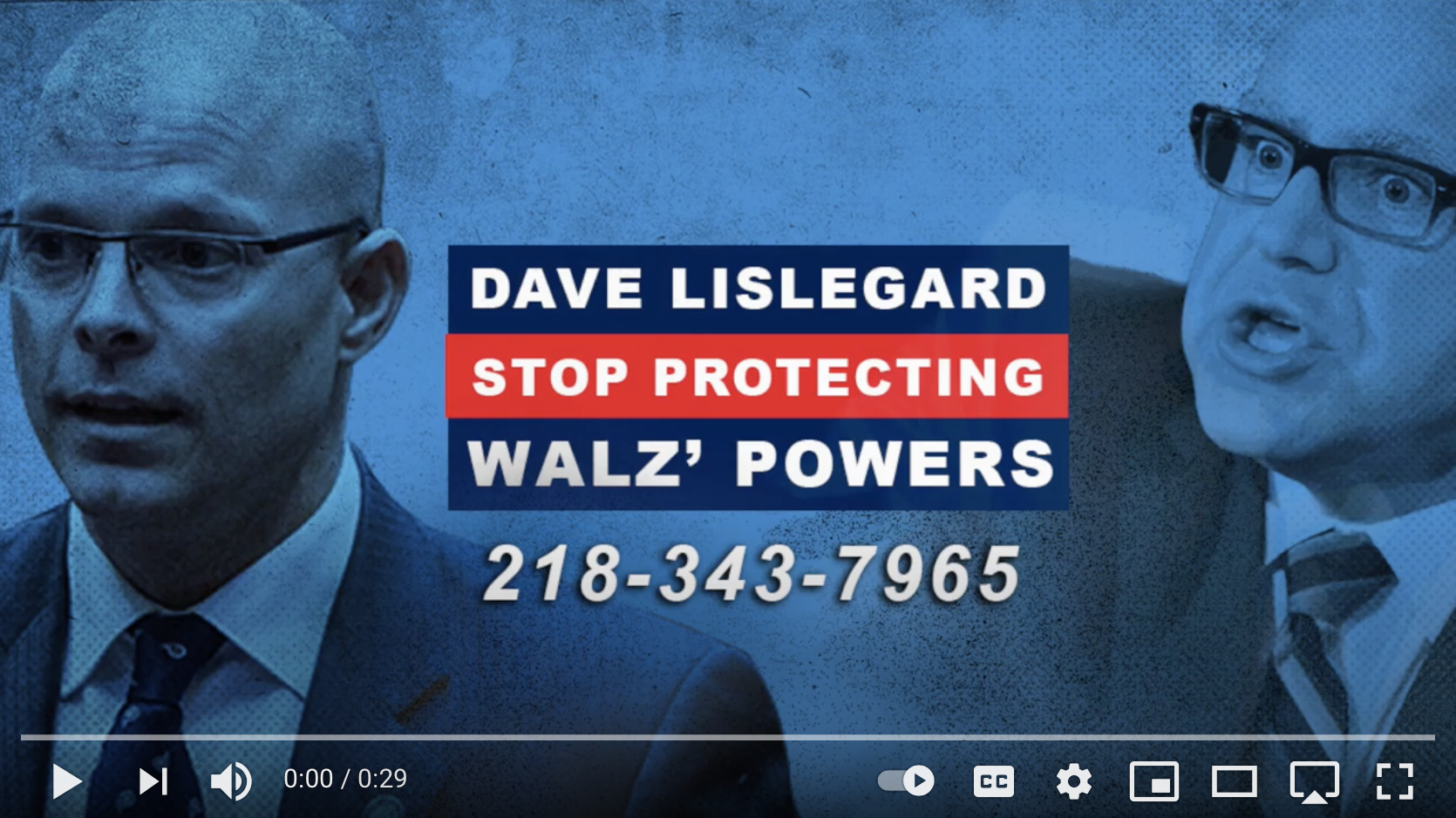 Politicians like Dave Lislegard think we're not paying attention. They think we aren't going to do anything about their vote last week. They couldn't be more WRONG!

Our volunteer teams spent 16 hours this weekend going door to door, business to business passing out lit in places like Moose Lake, Cloquet, Hibbing, Virginia, Eveleth and Ely. And we'll be in even more places on Monday. 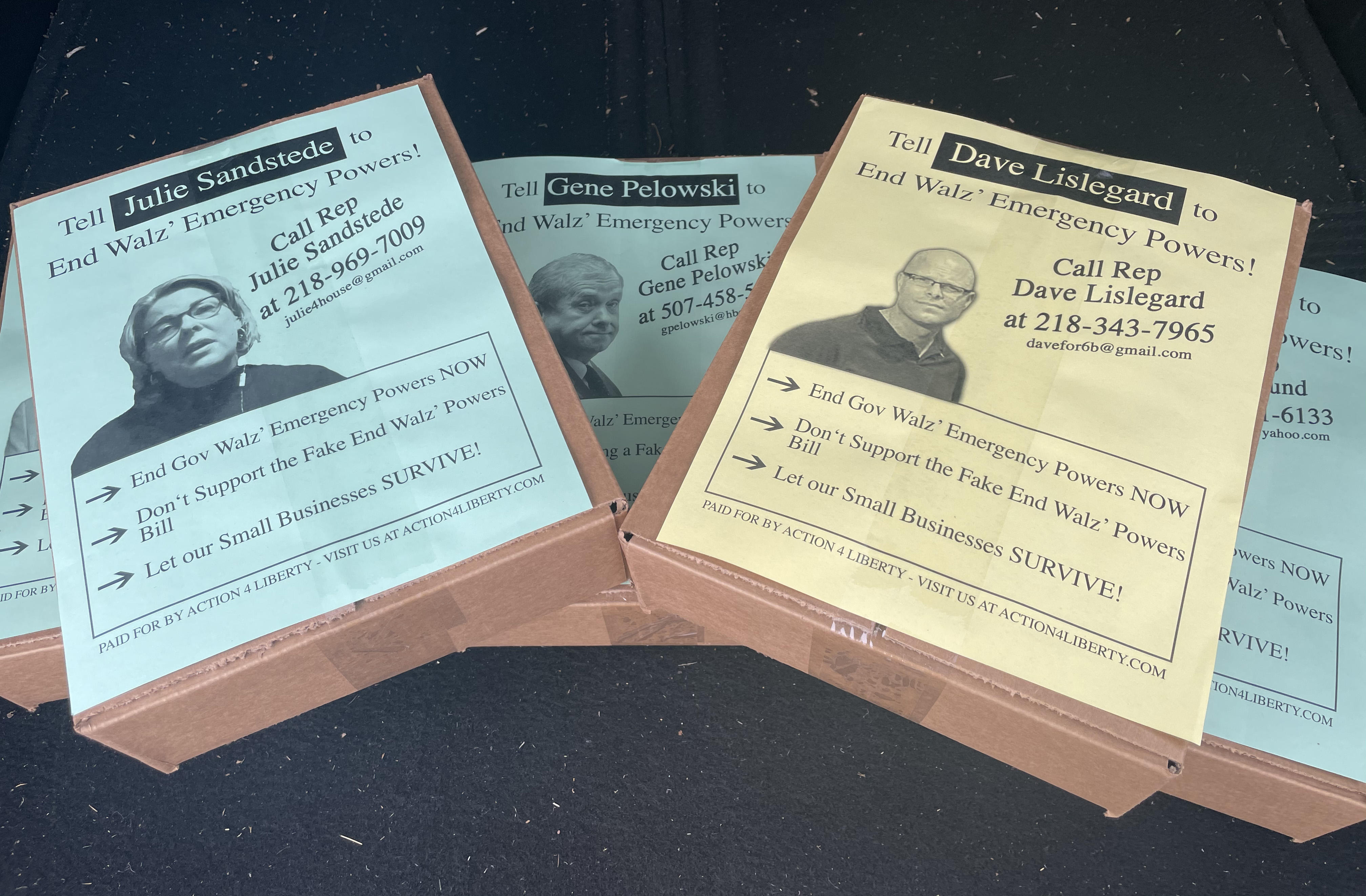 What makes Action 4 Liberty different than other groups out there is that we REFUSE TO QUIT. People are sick of conservatives not fighting tough. You won't have to worry about that with us.

It would be a good idea for Reps Pelowski, Marquart, Lislegard, Sandstede, Sundin and Ecklund to pay attention here. If they don't want the pain of our pressure campaign, they need to start voting against Governor Walz and with their constituents THIS WEEK.

It's going to be incredibly painful for Ecklund, Lislegard, Marquart, Pelowski, Sandstede and Sundin if they want to put Governor Walz' powers ahead of the needs of their constituents. Rep Erik Mortensen will be right back at it again this week, making a motion to vote on the End Walz' Emergency Powers Resolution.

Democrat leaders will continue to do everything they can to avoid an actual vote by using parliamentary procedures. Including changing the House Rules to require a 60% threshold to bring the vote to the Floor. We'll hold Ecklund, Lislegard, Marquart, Pelowski, Sandstede and Sundin personally accountable if this passes.

We also now know that a watered-down, Fake End Walz' Powers bill is being drafted with help from Republican Rep Barb Haley. Democrat leadership stated this bill will likely get a vote in a couple weeks. This also MUST be opposed

No deals! No compromise! Nothing else until we End Walz' Emergency Powers once and for all!!!