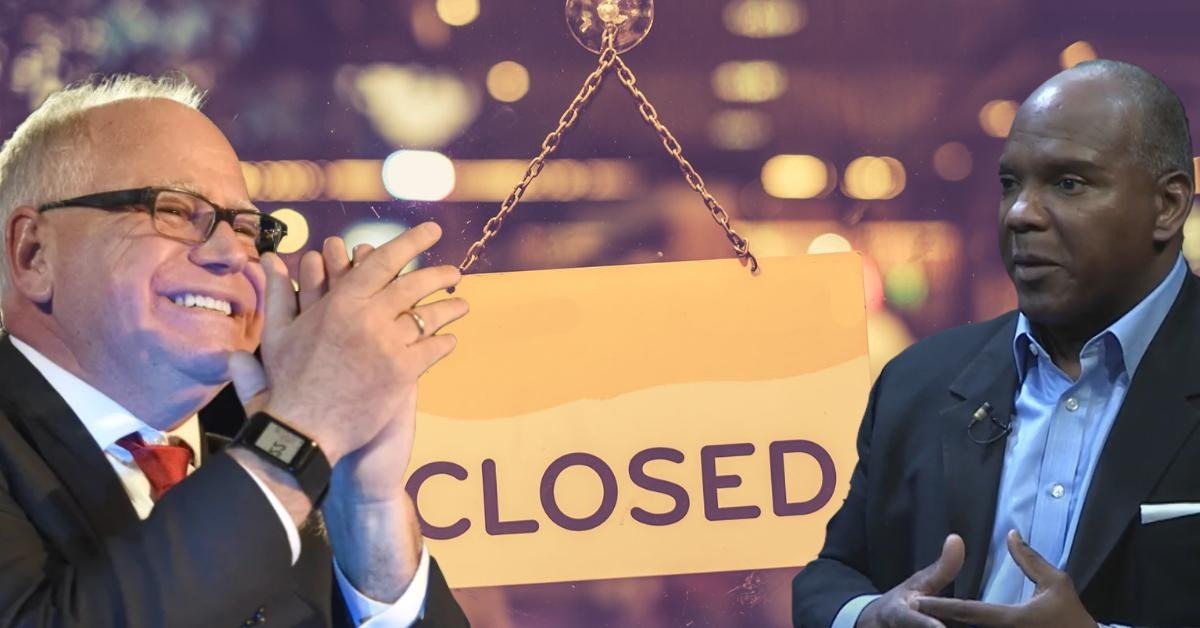 Action 4 Liberty supporters were thrilled to discover that the moderator had a question about the candidate’s support for the popular Never Again Bill, which would strip the governor of his ability to unilaterally declare emergency powers.

Candidates Neil Shah, Mike Murphy, and Rich Stanek reiterated their support for the legislation, while the remaining candidates danced around the question. A notable and uncalled-for criticism of both the Never Again bill and Action 4 Liberty came from candidate Kendall Qualls.

Qualls, who previously lost a race for Congress in Minnesota’s third congressional district, appears to be on board with the Political Class’ quest to keep Emergency Powers in place for the Governor's office.

During the debate, when Qualls was asked about the grassroots activists who demand emergency powers reform, he said that he “doesn’t know those guys."

Here is a video of Kendall Qualls telling an activist that he WILL sign the Never Again Pledge back in January – a blatant lie to conservatives like you!

Call and text Kendall Qualls and tell him to SIGN the Never Again Pledge today!

He supposedly has a reform proposal, but it is among the weakest of the bunch! He believes that a governor should be allowed to act as a dictator for thirty days before the legislature can even check them!

“On our website, you’ll see it, emergency powers, 30 days for the governor, any extension beyond that needs to be approved by ⅔ of the House and ⅔ of the Senate” uttered Qualls.

As of writing, Qualls actually lays out little to no details for emergency powers reform on his website. He could only spare two sentences on the subject: 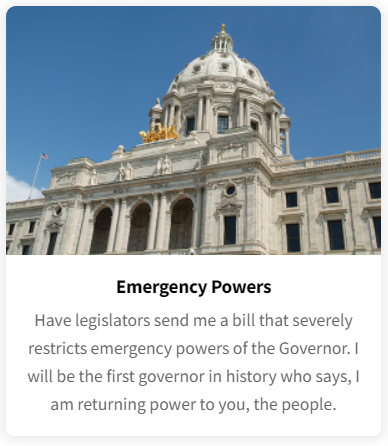 Remember the damage wreaked by Walz in just thirty days. We were ordered in our homes, defined into categories of ‘essential’ and ‘non-essential’, businesses were shut down, churches were forced to close and our children’s education was suspended.

Walz did all of those things and more with his emergency powers. It is foolish to think that a future governor will not do the same unless their powers are taken away.

Liberty-minded voters left the debate on Monday perplexed and confused by Qualls’ comments. Many Republicans have made emergency powers reform a top issue for 2022, yet Qualls doesn’t seem to be campaigning to them.

He is instead campaigning on establishment talking points which have lost statewide elections nearly 30 times in a row.