A group of Republican and Democrat legislators are crafting a Fake End Walz' Powers bill in a special committee in St Paul that meets only once a week, for 1 and a half hours at a time. Although politicians on both sides of the aisle point to the committee as a potential solution to the 11 months of unchecked powers that Governor Walz' has enjoyed under his self declared "emergency", it is clear to us this committee will achieve nothing good.

In the last ten minutes of Friday's committee hearing, things got heated up when Rep Pat Garofalo (R-Farmington) asked if any Democrats were serious about actually ending the Governor's emergency powers. It became evident at that moment that the committee's real purpose is to not end them, but to set parameters for the powers to continue on indefinitely, perhaps allowing only some minor input from the legislature. The Governor is currently holding the legislature hostage with his demands of passing bills to cement parts of his executive orders, such as a universal mask mandate, into permanent law. 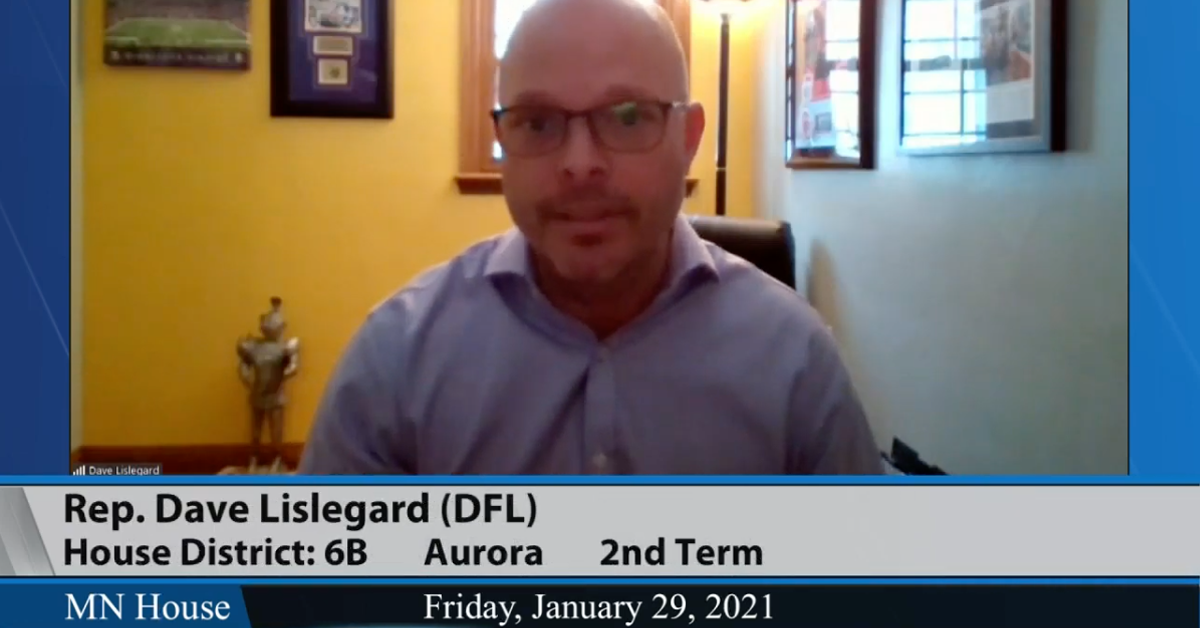 What Daudt and Lislegard are likely referring to is good, old fashion activists who are petitioning their government for a redress of their grievances. This is such an old and important practice, that it is a right identified in the First Amendment. Only a crony politician would call voters voicing their opinions to representatives, "intimation".

Even more concerning is this holier-than-though statement on "showing up, outside their homes". Where are voters supposed to go when the state capitol building is closed to the public, and legislators are working remotely from their homes during the 2021 Session? It's also fascinating to see the hypocrisy of the political class when it comes to the sacredness of a person's home residence. Certainly Democrats, the Party of John Thompson, shouldn't be lecturing us on it. But even Daudt is mired in the hypocrisy of "rules for thee, but not for me". These politicians all knock on our doors to earn a vote every election cycle. So isn't equally legitimate for a voter to knock on the door of their homes to ask for a vote?

Despite the best attempt by these politicians, Action 4 Liberty will continue reaching out to voters in targeted districts across the state to get these legislators voting the right way. And if they don't come along, we'll do everything in our power to make sure they don't get re-elected again in 2022.